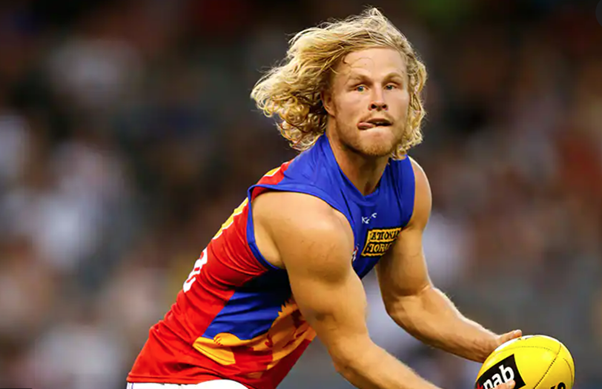 Round 15 of the AFL Premiership Season for 2022 kicks off on Thursday night again this week with a huge top of the table clash between Melbourne and Brisbane at the MCG. Draftstars have delivered with a monster $75K main and various qualifiers to the $500k AFL Live Final Qualifier contests. Check out our article here with all the info regarding the AFL Live Event. 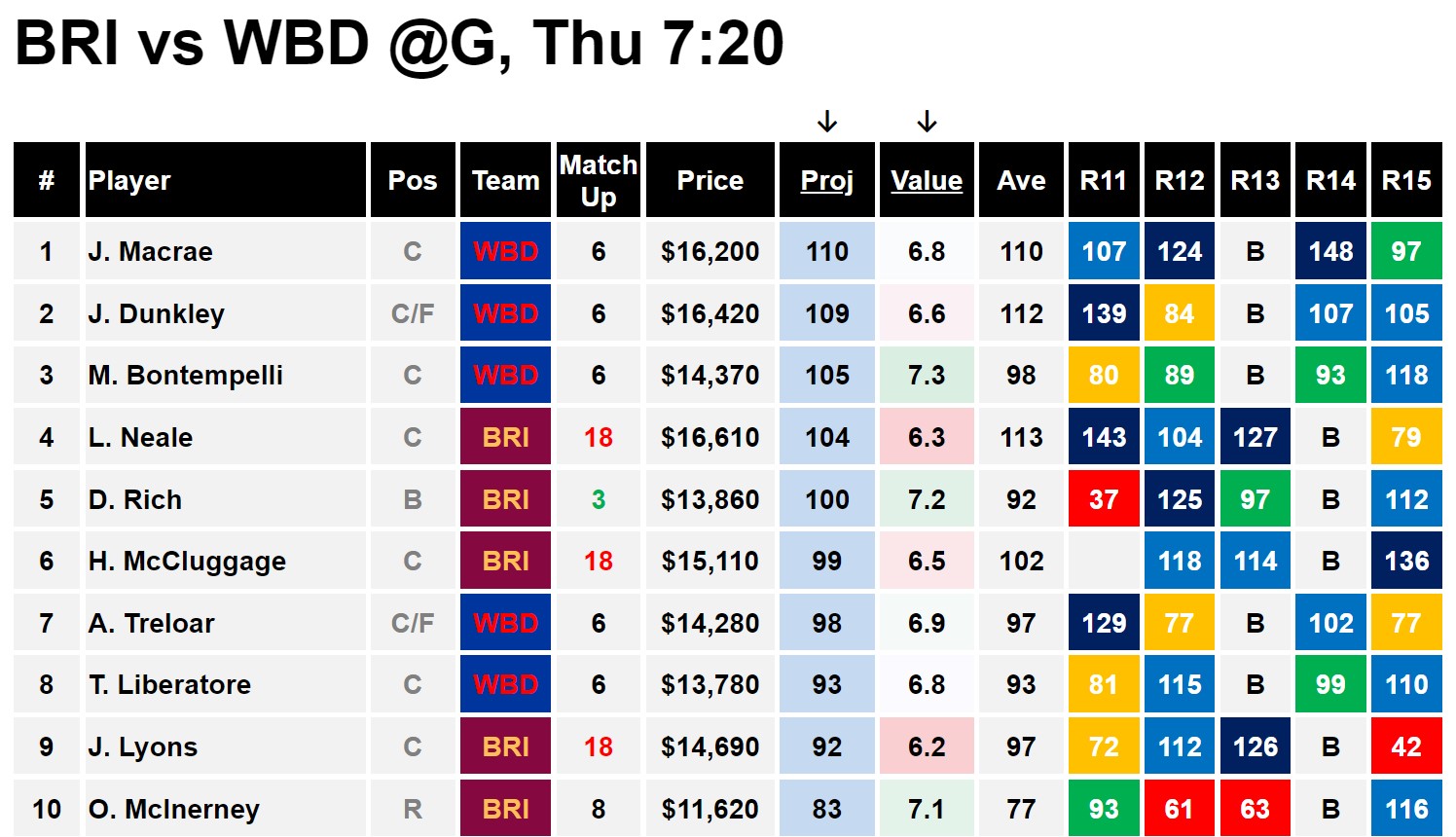 You can watch a replay of the Draftstars AFL Show with Smatho and Roody as they breakdown this Draftstars contest on Thursday night. Not to be missed if you are making lineups for these contests!

The weather looks good for football with very minimal showers forecast. Hot nights at the Gabba can always make for dewy conditions but overall I wouldn’t let it impact fantasy decisions too heavily. As always monitor conditions closer to the bounce.

Let's take a closer look at our AFL Data Tools to find any trends that might help us construct winning lineups on Draftstars.

The Western Bulldogs have consistently given up points to defenders, a trend that goes back right though the 2021 season. The way they structure up chokes off the midfield and forces teams to swing back and forward across the half back line looking for a point of attack. Our data tools indicate that the Bulldogs opposition defenders score over 3 points per game per player than league average and the top three scoring players at the position average 89 points.

The Lions sneakily concede points through the midfield this season despite being one of the best five sides in the league. This will play right into the Western Bulldogs hands as a team that has arguably the top midfield unit in the league, and certainly one that possesses the ball as much as anyone in the league (our data tools show that the Bulldogs have racked up the second most disposals in the league this season, and conceded the fewest fantasy points in the league to midfielders).

Harris Andrews ($8,840)… last week against the Demons we alluded to linking up Brisbane defenders in that elite matchup for the position, particularly some of the cheaper backs for value and it paid off big time. Andrews got involved in plenty of link ups and racked up 88 fantasy points and I would be looking in that direction again to pair him up with a premium priced play in Daniel Rich.  His price hasn’t moved much since last week’s performance and a similar return would result in a 10x return on his price point.

Cam Rayner ($9,430) is another play we will go back to the well on this week. As we noted last week he has seen a consistent stream of centre bounce attendances over recent week (refer to our CBA data tool), as his role through the midfield continues to grow. This has resulted in a steady increase to his fantasy scoring notching up just one game under 75 points from his last 5. He has yet to have a ceiling game but a high 70s to low 80s game at this price point is a solid enough return on a single game slate and I love when a value player is getting midfield opportunity.

Oscar McInerney ($11,620) saw the sole ruck role for one of the only times this season last week as Darcy Fort was dropped. He did not disappoint racking up an impressive 116 fantasy points with a combination of 29 hit outs and domination around the ground to tune of 23 disposals. He did this against youngster Luke Jackson last week and this week will draw another young ruck that he should be able to get an advantage over in Jordan Sweet. The Bulldogs have consistently leaked points to rucks and this year has been no different with our data tools indicating they give up 87 points per game to the opposition’s number one ruckman.

Daniel Rich ($13,860) has looked right at home across half back now that he has taken sole ownership of the role with Zorko playing different roles across the ground. In the last five games he has gone for 114+ points on three occasions. As noted above our points against data tools indicate that this is a top four matchup in the league for backs and I love the Lions defenders at home. I will be linking Rich up with various value backs.

Jack Macrae ($16,200)… while most of the other positions I will be filling with Lions players, through the midfield I will be stacking up the Bulldogs premiums where I can afford it. As noted above the data tools indicate this is a positive matchup for the Bulldogs midfielders and on the flip side it is the most difficult matchup there is for Lions midfielders from a fantasy scoring perspective. I always start a Bulldogs midfield stack with Macrae as he seems to consistently draw the most centre bounces and midfield time in a group that can rotate all over the ground. 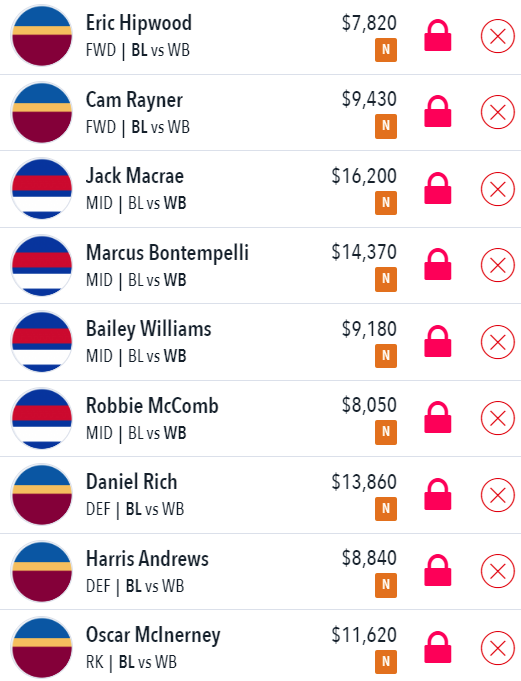