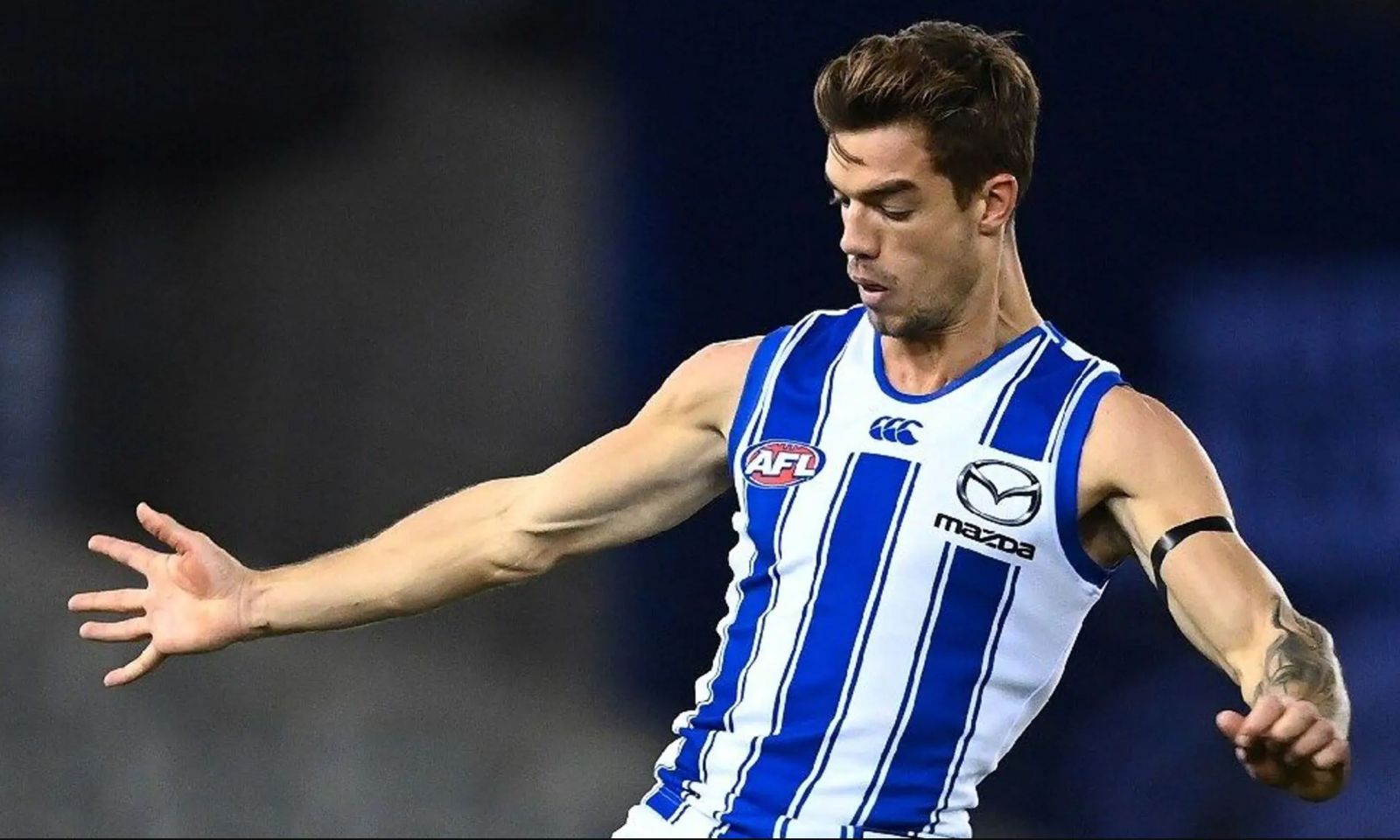 Round 2 of the AFL season will conclude with a fascinating slate of games as the forces of COVID and injuries give us DFS players plenty to ponder. An undermanned Richmond will host GWS while undermanned would be an understatement for the Eagles, who travel to Melbourne in disarray missing 13 players. Freo will host the Saints to close out the round, looking to go 2-0.

Draftstars keep producing the goods with $100k up for grabs in the main contest and a wide variety of other options for individual games today.

There is a slight chance of rain in Perth however both Melbourne matches will be played in glorious sunshine.

Including the AAMI Series, all teams have played two matches now and given some indication as to their style and method this year. This will be our starting point, while also considering the implications of West Coast playing with a sub-AFL standard team.

St Kilda gave up a truckload of points to Collingwood defenders last week with a differential of 22.4. While this may be as much down to Collingwood’s game style as St Kilda’s, Fremantle have some attractive defensive options worth considering. It’s worth noting that Freo also gave up plenty of points to backs in 2021. The ball should spend a lot of time in West Coast’s backline this week, so they are also worth considering.

Richmond always allow opposition midfields to run free and last week was no different as Cripps and Hewett had field days. The Tigers don’t tag and surge from the back rather than starting many attacks from the middle. This trend will only be exacerbated this week by the absence of Dustin Martin and Dion Prestia. A second tier West Coast should also be easy pickings for North’s midfield brigade.

GWS gave up points to rucks last year and it appears this season will be no different, with Matt Flynn playing as the only ruck this week. Over in Perth, Sean Darcy returns for Fremantle to face Rowan Marshall, who he should get a hold of in the hitouts.

Josh Battle ($7,290) - St Kilda’s swing man Josh Battle is generously priced again and can be picked in both the back and forward lines. I had him as a play last week and he put up a mediocre 51 points but he gets a good matchup again here and is relatively reliable at worst.

Will Brodie ($9,510) - Brodie performed well in Round 1 with a 77 and should continue to pump out strong scores as an inside midfielder as long as Nat Fyfe is missing. An extended run in the role should only bolster Brodie’s confidence and scoring, so I expect him to easily outperform his salary this week.

Tristan Xerri ($9,500) - Answering any preseason uncertainty, Xerri proved last week that he will have a significant role to play in the ruck this season. Xerri attended a load of centre bounces and should feast on West Coast’s makeshift rucks, while also pushing forward to kick goals.

Josh Kelly ($15,270) - Kelly has pumped out scores of 141, 119 and 115 in his last three matches against Richmond and he should match if not surpass those performances on Sunday. Against a midfield down on manpower on the wide open spaces of the MCG I can see Kelly running riot.

Jy Simpkin ($15,690) - Simpkin started the season well with a 116 last week and will lead the Kangaroos midfield again on Sunday. Coming up against the depleted Eagles at home, this one seems like a no brainer. 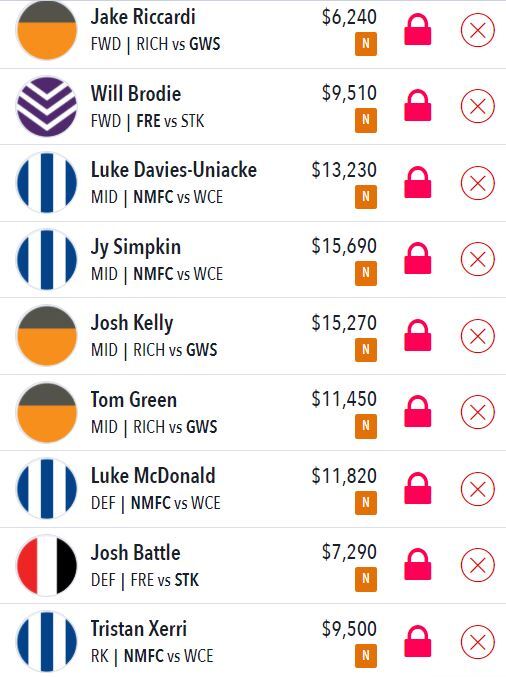