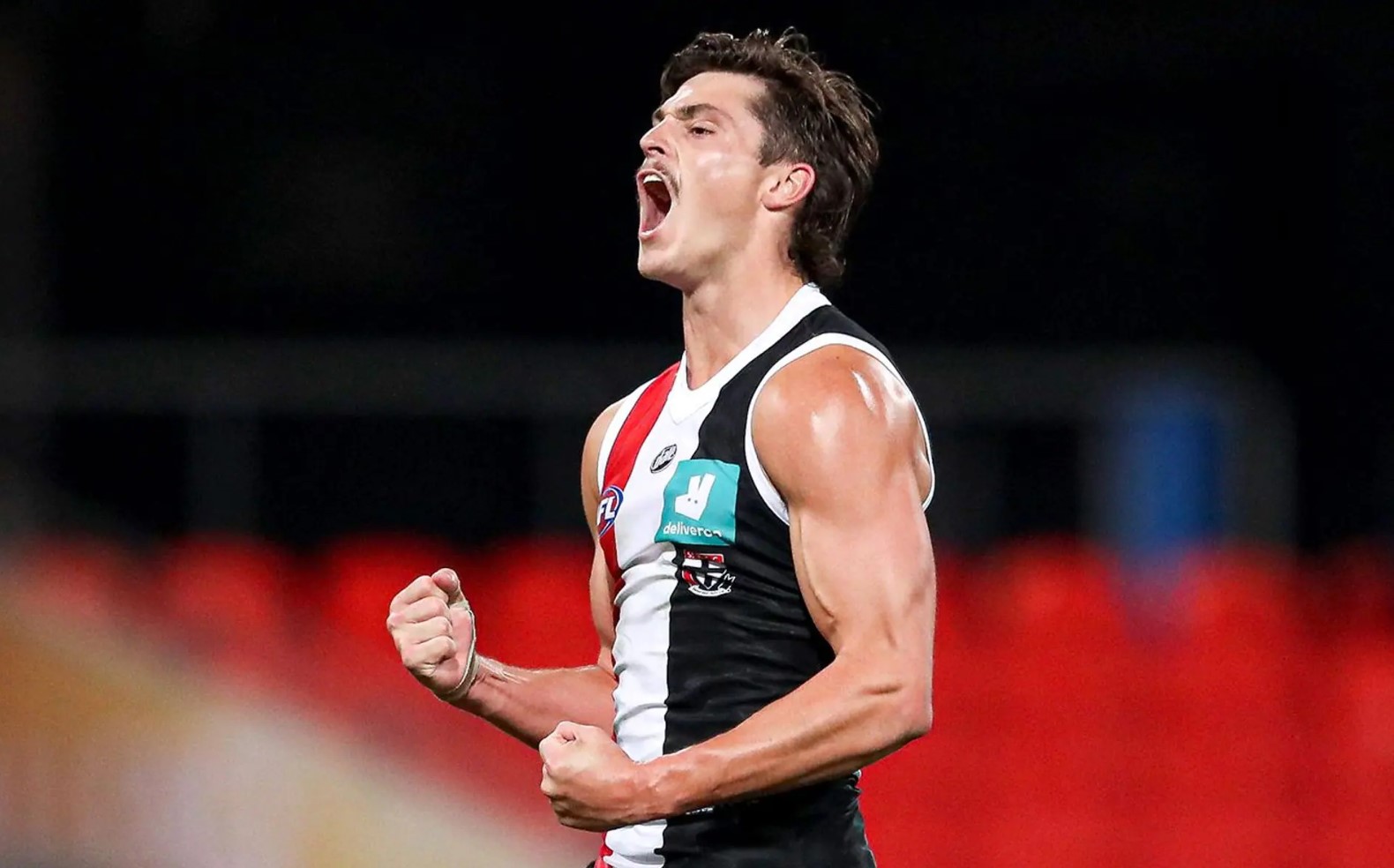 The Western Bulldogs, Richmond and St Kilda are all set to battle for a spot in September this Saturday in Round 21 of the 2022 AFL season. All three sides face tough tests to prove their worth, with five games scheduled all up in massive day of action. They won’t have it all their own way though, with a couple of very tricky match-ups on what shapes as a massive end to the season.

Draftstars have put up $75k in the main contest, as well as a few live final qualifier contests, so let’s rip into this fantasy preview!

There is a chance that rain will have an impact on multiple matches across the country, with the game at Adelaide Oval most likely to turn into a wet weather affair. Geelong and Launceston could also see some precipitation, although it is best not to bank on that until closer to lockout.

With five matches on the bill again this Saturday, there are plenty of avenues to attack. Let’s call on the Daily Fantasy Rankings Data Tools to assist our selections!

The DFR ‘Points Against’ tool shows that Hawthorn leaks the second most points across the field. Given the stakes for Gold Coast in this encounter, I can see some big scores for Suns players especially if the weather stays dry.

St Kilda, Hawthorn and the Western Bulldogs are all culprits for conceding points to defenders. This is good news for the backs of Geelong and Fremantle particularly, as both teams have multiple go-to distributors who love to rack it up in defence.

Hawthorn have struggled against rucks all season, and although Ben McEvoy has returned to his post as #1 big man, I still think Jarrod Witts will be licking his lips given this match-up. Elsewhere, the Bulldogs have also given up the third highest score on average to the opposition rucks, so two key areas of focus on the large five game slate.

We only got a brief glimpse at Teakle when he debuted earlier in the season against Sydney, as he quickly went down with an injury. However, he looked right at home at AFL level and will take on the role of #1 ruckman this week against Richmond in possibly greasy conditions. A frontline ruck at minimum price is always hard to turn down and the same is the case here.

I was all over McEvoy last week when he was listed as the only ruck on Hawthorn’s team sheet and it paid off, as ‘Big Boy’ delivered a 98-point performance. Jarrod Witts presents a huge test but I can see the veteran rising to the challenge in his milestone 250th game – another 90+ score is there for the taking.

Brought back into the side after showing promising signs at the start of the year, draftee Josh Ward has thrived in a role of responsibility for the Hawks, posting consecutive scores of 133, 75 and 107. He has attended 20-30% of centre bounces over that period according to the DFR ‘CBA’s’ tool, so a bump could even see his scoring lift a gear to close out the season.

A plethora of ruck options appeal on this Round 21 slate and one that I am particularly keen on is Marshall. The St Kilda big man loves playing as the sole ruck, as shown by the DFR ‘Ruck Analysis’ tool, and he gets that chance again this weekend against the Cats. A score of 163 last week demonstrated Marshall’s huge ceiling, one that is worth chasing at this price.

As previously mentioned, St Kilda give up huge points to opposition backs and these two Geelong studs love chipping the footy around at GMHBA Stadium. Both went 90+ last week at that same venue against the Bulldogs, and I expect at least one of them to crack triple figures this week. Stewart has also shown a massive ceiling with scores of 169 and 157 at the ‘Cattery’ earlier in the year. 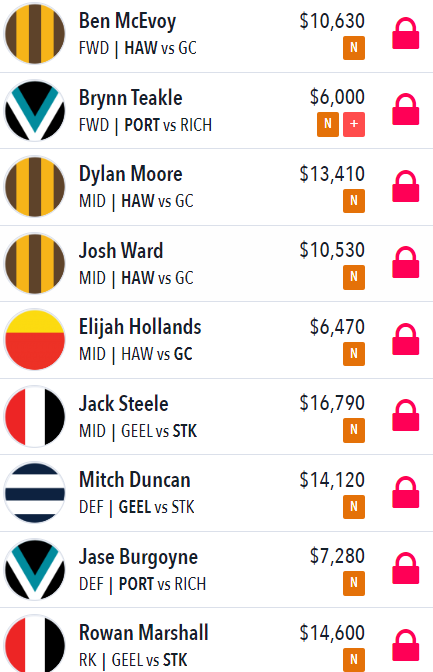