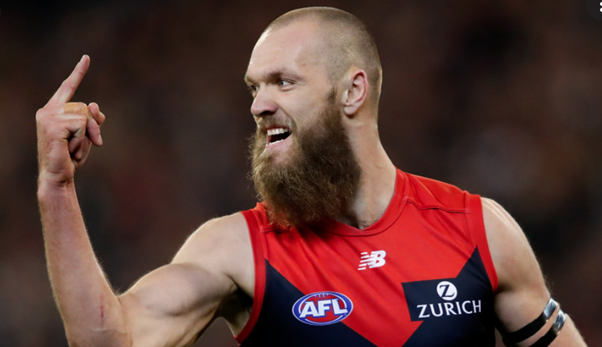 Round 4 of the AFL Premiership Season for 2022 gets underway this Tuesday night at 7:10pm with the reigning premiers Melbourne travelling to Adelaide to face the 0-3 Port Adelaide Power. It has been a nightmare start to the season for the Power and things will not get any easier this week as their season is suddenly on the line. Draftstars have delivered with a monster $100k main and a wide variety of other contests for us daily fantasy lovers to get into: 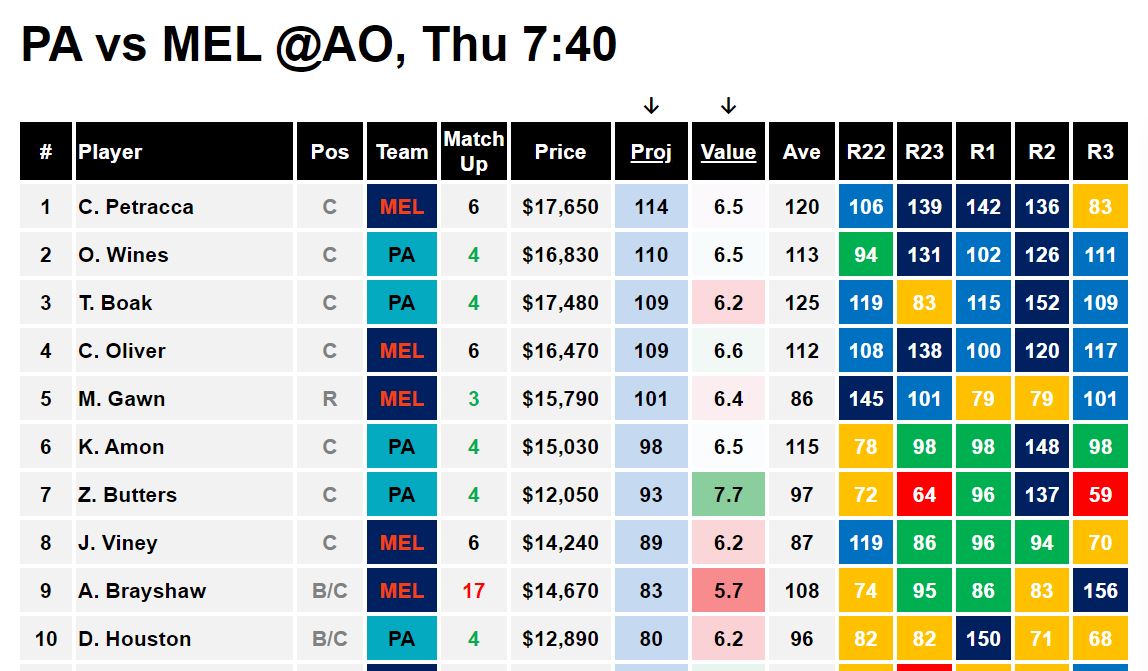 You can watch a replay of the Draftstars AFL Show with Smatho and Tom as they breakdown this Draftstars contest on Thursday night. Not to be missed if you are making lineups for these contests!

Consistent with last year Melbourne structured up in a fashion that enables teams to pickup possiessions through the middle while allowing their extra man down back to mop up and beging the counter attack. This has resulted in the Demons giving up the fourth most points to the position and the third most to the opponents top three scorers during the early stages of 2022. Stacking Port Adelaide midfielders looks to be the play even though they are heavy underdogs, as we saw earlier this year when they lost to Hawthorn, the Power mids are quite comfortable racking up empty fantasy points in a loss.

The ruck position has turned into a total nightmare for the Power this year. Scott Lycett has been getting absolutely destroyed as they give up 84 points per game to the opposition number one ruck, and the most hit outs in the league (over 16 above the league average).

Tom McDonald ($6,760) has had a disastrous start to the season, both in actual performance and fantasy scores. With three straight scores in the 40’s you really have to wonder why he is featuring in this preview. Well.. Draftstars continue to lure me in with yet another price reduction. Now sitting at just above the minimum pricing, he is a player that offers 100 point upside in a matchup where Melbourne are over three goal favourites. Port Adelaide are going to be stretched to cover both the Demons talls and as a result both factor to have upside potential in this matchup

Trent Rivers ($8,330) is looking to have a breakout year this season, and like the other Demons playing across half back looks to have benefited from Salem being out to start the season. He has posted back to back 75+ point games to start the year, which is a great return at this price point on a single game slate. I love stacking up the Demons backs due to the way they structure up so I will pile into Rivers and link him with the likes of Brayshaw, Bowey or the talls in Lever and May.

Zak Butters ($12,050) continues to be an automatic play while he is in the $12k range. I said the same thing last week and unfortunately, he got injured and struggled to a 59 point night. No change in strategy this week, however, assuming he is right to go. As we have seen he is featuring heavily in the midfield and this is an elite matchup for Port Adelaide mids. 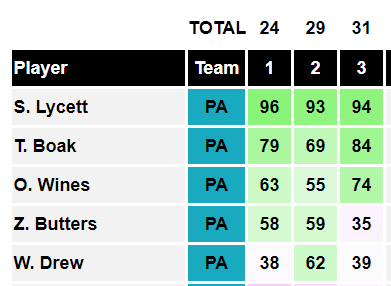 Max Gawn ($15,790) has had a slow start to the year as the Demons continue to further integrate Luke Jackson into the ruck position. He posted his first tonne for the year last week, but this means he is also priced well in comparison to his performance history. This could be the game he gets up to the 120 point mark, as he draws the 4th best matchup in the league for rucks through the first three rounds of the season. 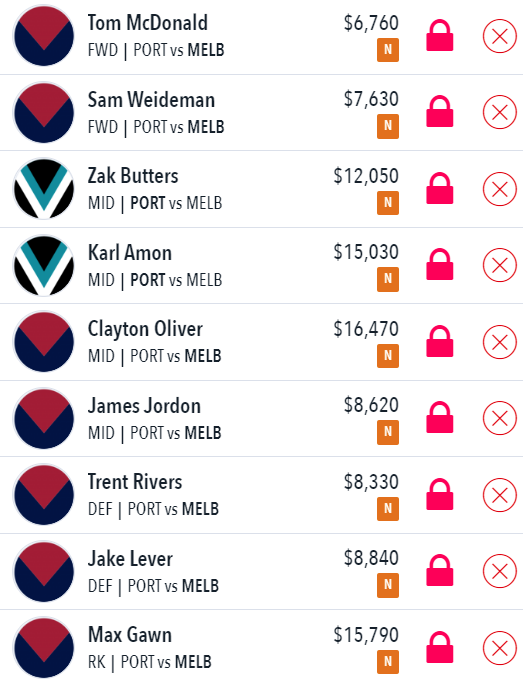