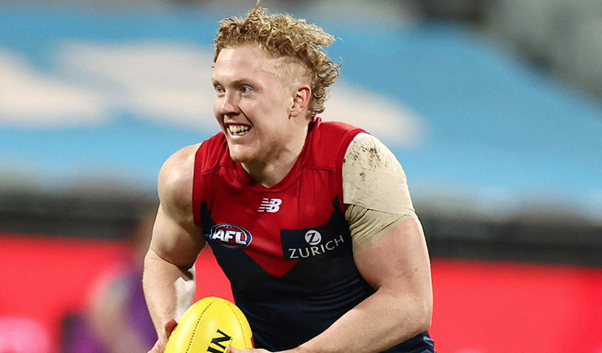 We have a fun 3 game slate this Sunday for Round 6 of the 2022 AFL Premiership Season. Draftstars has all us daily fantasy lovers covered with a $75k main and a wide variety of other contests, including qualifiers to the massive $500k live final later in the year:

There's also Qualifier contests in the Draftstars for the end of year live event. Check out our article here with all the info regarding the AFL Live Event.

Absolute perfect conditions for football in Hobart and Melbourne tomorrow. However, give weather a consideration in the Queensland match-up on the Gold Coast with up to 8mm of rain expected. Monitor conditions closer to game time and if it is expected to be wet for the match look at the rucks and contested players, specifically inside midfielders.

A consistent theme on this slate is that there are plenty of options to target across all positions. The defender position is no different with Gold Coast giving up the most points in the league to the position, while Geelong and North Melbourne give up the third and the fourth most.

The Richmond vs Melbourne matchup is extremely interesting for the midfields as both sides structure up in a very similar nature, putting the extra man behind the ball and allowing teams possessions through the middle of the ground with the expectation that their back line will win and they win on the rebound. As a result the Tigers have given up the second most points to the position this year and the Demons the fourth most. I actually like to attack the Tigers with the Demons big scoring mids on this slate.

Absolutely no surprise to see North giving up the most points in the league to forwards this season. Currently sitting second last on the ladder you would expect teams to score a lot of points against them. I would just caution on this slate how good North are down at Blundstone Arena, so this data may be fools gold on this slate.

Bailey Scott ($8,610) has been playing on the wing for North this season and last week with Aaron Hall going down pushed down to half back as well. As a result his last two weeks have seen solid scoring output of 73 and 79, which is just under 10x return at this price point. With Hall now out for the full game this week, North will be looking to replace who they want to have using the ball coming out of half back and Scott could see a huge bump based upon that. This is also a good matchup for that role with Geelong giving up the 3rd most points to backs this season.

Keidan Coleman ($7,450) returns from injury for his first game this season. Coleman was a big preseason spruik with a move to the half-back line. This makes him a nice value option at this price point, as we saw him posting a 62 and 74 in two games playing this role to end last season. This matchup is the best in the league for backs as the Suns have given up the most points in the league to defenders so far this season.

Hugh McCluggage ($13,970) has started to see an increase in his inside midfield time attending over 70% of the centre bounces last week as the Lions begin to settle into a stable midfield as the season progresses. This increased role resulted in his highest score of the season at 110 points, and just his second game over 100 this season. 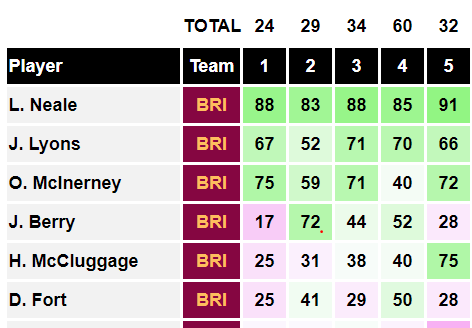 Clayton Oliver ($16,340) draws almost his ideal matchup this week against Richmond who do not generally dominate around the stoppages, and as noted above have conceded the second most points to midfielders this year. Oliver has had consistent success against the Tigers posting just one game under 100 points from their last 5 matchups and he loves playing the MCG where he has gone over 100 points 12 of his last 13 games on the ground.

Max Gawn ($15,600) has settled into the season and started hitting peak form with back to back scores of 132 and 140. He still priced under $16k and on this slate I will be locking him in given the other options. Gawn has consistently dominated Richmond, as he has not posted a score under 100 against them since 2014. 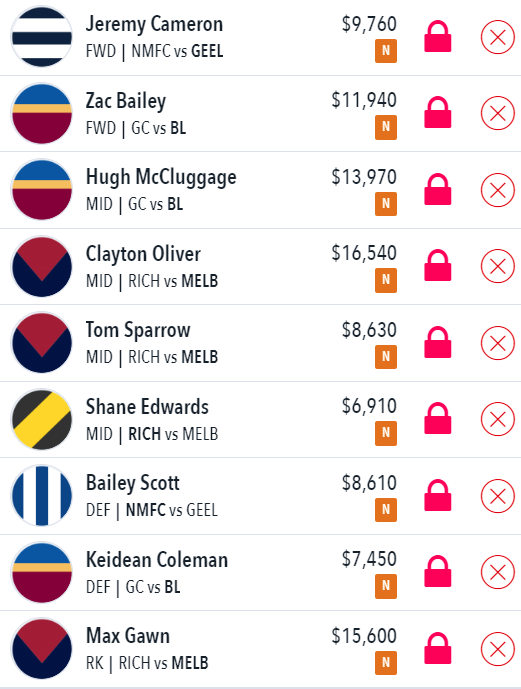