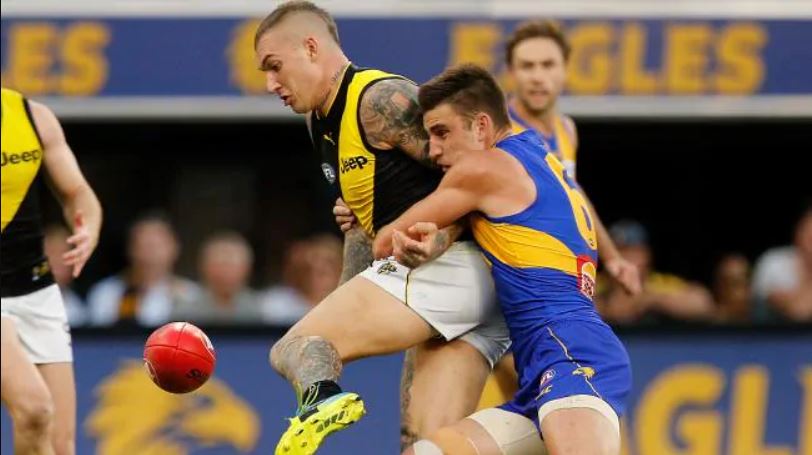 There are a lot of factors that contribute to an AFL player having a good or bad game in terms of fantasy scoring on any given day. However, one of the most reliable statistics that some players seem to be able to rack up with their eyes closed are tackles.

The majority of Daily Fantasy Sports sites use the AFL Fantasy scoring system. In this system, the benchmark score that you should be looking for your players to achieve is 100, anything over that and they’ve had a pretty good game. In the system, a tackle is worth 4 points, and is the highest scoring act besides kicking a goal that a player can achieve.

Being worth four points each, the ability to rack up tackles on a regular basis makes some players extremely valuable. They are also extremely safe points because players who are good at pressuring the opposition and tackling are far more consistent at doing so than a player who needs to rack up 30 touches to score well.

Let’s take the league’s leading tackler to date for example. Gold Coast's Hugh Greenwood has racked up a massive 117 tackles through 17 games of the 2020 season with an average of 6.8. While the gun midfielder only had 8 games of 20 possessions or more in 2020, he had 5 games which he had 10+ tackles.

His 6.8 average is good for over 27 fantasy points per game, which is just free points when you compare him to an outside midfielder who while they might get plenty of the ball, is not a known tackler.

The Eagles Elliot Yeo is another great example. He only has a small sample size to work with last year but through his 10 games that were unaffected by injury, he has averaged 71 AFL Fantasy points in 2020 but scored less than 22 possessions in all of this 10 games. His average is pretty good because he has multple games of over 6 tackles, accounting for around half of his fantasy points.

Here is the leading average tackle players from 2020 who played a minimum 5 games.