AFL Fantasy Betting Tips for Round 11 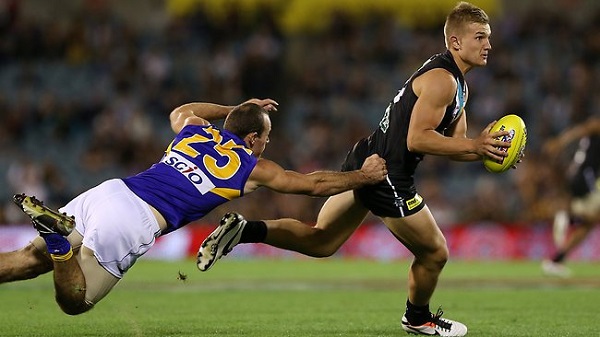 Unfortunately our hot streak in AFL Fantasy Betting Tips came to an end in Round 10 as we went 0/3 with one push as Gary Ablett was a late withdrawal from the Gold Coast game. We’ll look to get back on the winners list this week as we present our fantasy betting tips for Round 11 of the 2017 AFL season below.

After a down week of just 108 points last week, the folks over at CrownBet have decided to re add Tom Mitchell into the mix for the weeks top scorer out of the AFL Fantasy big dogs. We’ll happily accept regardless of the fact that Hawthorn line up against Port Adelaide who are a top five team in points allowed on the season so far.

Hawthorn allow the most fantasy points per game in the 2017 season so far. They will travel to take on a tough Port Adelaide team on Thursday night with Ollie Wines coming off the back of a 111 in Geelong. Getting a 15 point headstart over Dangerfield who plays Adelaide and a host of other players with tough matchups, he could be a chance here against the poor Hawks midfield.

Gaff finds himself in a group with Dustin Martin and Joel Selwood, who have both been playing great football lately but have tough matchups this week. Selwood faces the Crows who have been the third hardest team to score on while Dustin Martin has been susceptible to inconsistency in scoring throughout the year due to time up forward. Gaff is averaging 121 over the past 3 weeks and we like him to take out the group here.

Laird had a bit of a down week against Fremantle on the weekend simply due to the fact that the ball wasn’t in the defensive half much where he can pick up free possessions across half back. It should be a little more competitive this week against the Cats, who have surprisingly been the 6th easiest team to score against so far, this season. The Crow averages 106 this season and has a line of 106.5, we like him to cover here.