AFL Fantasy Betting Tips for Round 15 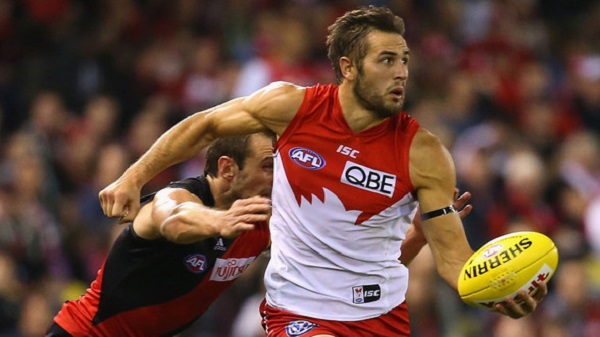 The Sydney midfielder has been on an absolute tear of late and hasn’t had a score under 100 since Round 8. He faces the Demons on Friday night who have proved to be the hardest team in the competition to score against. Since Round 8, he’s had two scores under his line of 109.5 and another two that have been extremely close at 112. We are predicting him to have a tougher time of it against the Dees.

After four games in a row with a score of 103 or lower, the Bont bounced back in a big way against the Roos last weekend with 134 points. Needed 10 tackles to achieve the score, which we can’t see him doing against West Coast this weekend. He is no doubt a match winner, but has never been a proficient winner of the ball, we are predicting him to go under as well here.

The second highest scorer in AFL Fantasy this year just keeps getting it done week in, week out. A 120 against the Swans last week believe it or not paled in comparison to the 151 he had the week before. Gets the easiest matchup in the league this weekend when he takes on Brisbane at Etihad Stadium. There’s not much more a fantasy coach can ask for than facing Brisbane in perfect conditions, should be on for a monster here.

One of the few teams that have allowed more points than the Lions is the Hawks. Hawthorn allow on average the most fantasy points in the league last year and when they faced the Pies back in Round 9 they allowed 8 Collingwood players to score over 100. There’s usually a fight in the stacked Pies midfield for points but there shouldn’t be coming up against the Hawks. Pendles had 144 in that game and hasn’t had a score under 112 since. Should be on for another big game here.