AFL Fantasy Betting Tips for Round 17 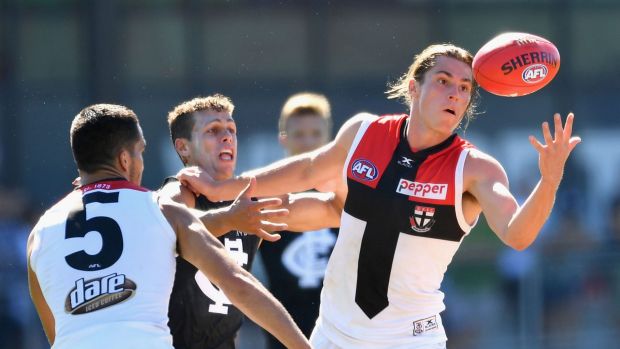 Another good week for us in our AFL Fantasy bets saw us hit on 3 of 4 bets over the weekend. Plenty of big games coming up this weekend and we’ll attempt to provide a few more winners as we present out AFL Fantasy Betting Tips for Round 17 below.

Jack Steele
Since his return to the Saints side in Round 15, Steele has scored 119 and 99 fantasy points in his two games. He is an absolute tackling machine, averaging 8 tackles a game on the season, the Saints midfielder only needs to rack up 15-20 possessions to have a score somewhere around 90-100. A monster game of 17 tackles and 119 two weeks ago has us believing he should be good to cover his 92.5 line here.

Patrick Dangerfield
The reigning Brownlow medallist has been on an absolute tear of late. His lowest score in the last three games has been 134 and this week he comes up against the Hawks who have been the easiest team to score against all year. It’s a hard group with all of the premium midfielder of the game, including Tom Mitchell, but we like him to top the group.

David Swallow
Swallow seems to have returned to some form after an up and down 2017 so far. Scores of 109 and 107 in the last two games with 27+ possessions in both are promising signs. Although Gary Ablett and Aaron Hall come back into the Suns side this week we still think Swallow’s line is quite modest.

Jarryd Lyons
Lyons has been a revelation for the Suns this year. The midfielder averages 100 points per game but in the past six games he has score 113+ on four occasions. While Luke Parker has been his ferocious best at times throughout the year, his ability to accumulate has wavered and we think Lyons has the ability to outscore him this weekend, especially with Parker playing against the Giants.