AFL Fantasy Betting Tips for Round 20 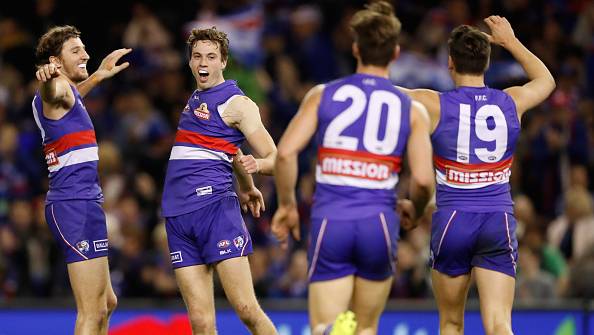 Unfortunately, we went just 1 of 4 on last weeks fantasy bets, bringing to an end our decent run of profitable rounds. We’ll look to bounce back this weekened as we continue to give you three CrownBet specials and a spread bet tip from Pointsbet in our Round 20 AFL Fantasy Tips below.

Merrett has had a few down weeks scoring under 100 points, however, he has the favourable matchup this weekend against Carlton. Averages 118 on the season so far and comes up against Sam Docherty in the H2H matchup. Docherty has been great over the past few weeks but scored just 96 against the Dons when they met in Round 3. We are banking on a big Essendon win here so if that happens Merrett should outscore Docherty.

Alex Witherden
Battle of the young guns here as Brisbane’s Alex Witherden comes up against Jack Martin in the H2H’s at CrownBet. Witherden has been the more consistent scorer since his debut in Round 14, however, Martin has more potential to score big numbers. Brisbane come up against Western Bulldogs which promises to be a free flowing game with the two teams scoring 212 points when they met in Round 5. We like Witherden to have more of an opportunity here.

Our Friday night game tip will feature Scott Selwood to beat out Sam Menegola in H2H fantasy points. No Patrick Dangerfield in the Cats side means more tackles on offer and the younger Selwood is a tackling machine, averaging 11 per game over the season so far. Should rise with no Dangerfield which means he should easily pass the 100 mark.

Our Pointsbet spread bet of the week features the Western Bulldogs to score over 16 goals against the Lions on Saturday afternoon. The Doggies seem to have returned to form of late and have been laying some high scores on their opponents with scores of 110 and 127 in their last two games. As mentioned above, the two teams scored 212 points when they met earlier in the season and the Dogs piled on 17 goals, so we think they could go over again here.