AFL Fantasy Betting Tips for Round 23 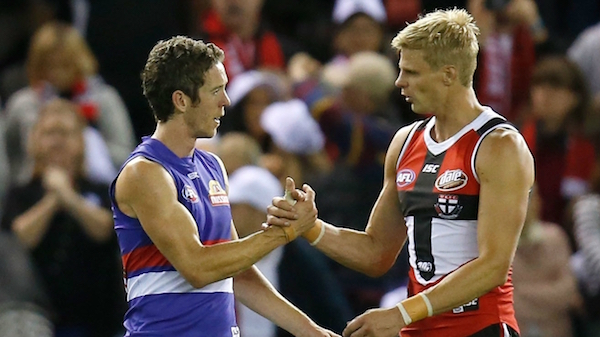 Another great week in fantasy bets last weekend as we hit on 3/4 bets. The final round of the AFL home and away season is this weekend which means one last chance to win some cash on fantasy bets! See our tips of the week for Round 23 below.

Macrae has been on fire lately and arguably one of the best scorers in the league at the moment. He put up a massive 149 against the power last weekend and gets the favorable matchup against the Hawks on Friday night who have been the easiest team to score on throughout the year. Melbourne have a fairly tough matchup against the Pies this weekend so we like Macrae to beat out Nathan Jones in the H2H market.

Two players who come up against some pretty average opponents this weekend in Sydney’s Luke Parker and Essendon’s David Zaharakis go H2H. Paker has scored over 100 in 3 of his last 4 games and while Zaharakis did score a massive 130 last weekend, he has been pretty inconsistent throughout the season so far. We like Parker to show consistency here.

Interesting market from CrownBet here sees three of this week’s retirees going at it in Luke Hodge, Robert Murphy and Nick Riewoldt. On form alone, Hodge is the clear favourite here. Still capable of having high possession games and loves racking up uncontested marks across half back. Had a massive 120 two weeks ago and is a good bet this weekend against the Dogs.

The battle for the wooden spoon sees Brisbane and North Melbourne going toe to toe on Saturday at the Gabba. Brisbane have opened as 16 point favourites and have shown real fight throughout the last half of the season, even capturing some quality wins against the likes of Essendon and Gold Coast. We like them to cover the line here to avoid the 2017 wooden spoon.