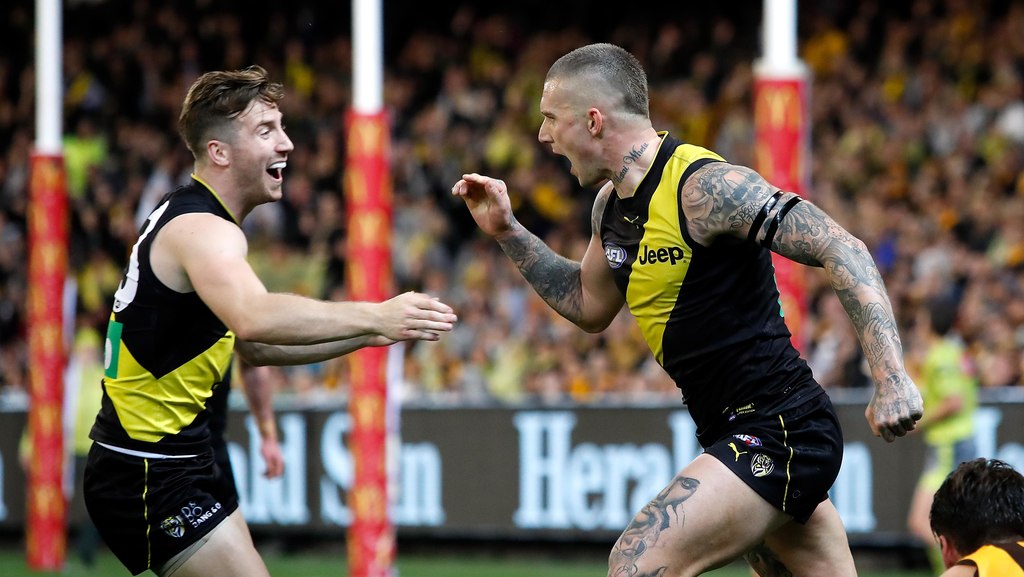 What a great weekend of sport it was with the AFL finals getting underway and the new NFL season kicking off. Check out a recap of some of the best DFS wins below.

SportChamps were home to a whole host of horse racing contests over the weekend, highlighted by their $50 Racing Saturday $10,000 Guaranteed Minimum tournament, which ended up being a huge $16,550 prize pool thanks to an influx of players. 244 players entered to have a shot at the big $3,064 first place prize, which ended up going to djnewt on the back of a string of classy plays. Other major winners were Tommymason (second, $1,796) and Walltippa ($1,397).

PlayON were back with some great contests for the exciting weekend of sport. They held contests for all the AFL finals, with their most popular one being their $1,000 Melbourne vs Geelong contest where there were 32 entrants fighting it out for the top prize. Familiar names found themselves up the top of the leaderboard again, with jb16 finishing in first to collect $310, tlc12sum coming second and third for a total of $380 and j2thep collecting $125 for fourth.

Draftstars are home to some huge contests for the AFL every weekend and it was no different this time around with the finals kicking off. They hosted a massive $50,000 contest for Thursday nights Richmond vs Hawthorn Qualifying final, which attracted over 3,000 entries! It ended up being a hugely successful day for Jclark, who had identical teams finishing in equal first, as well as a team finishing in equal third, equating to a huge $10,678 collect! Other top 5 finishes were bigbulldog (third, $1,946) and peekay89 ($1,497).

Draftstars are also running great contests for the 2018/19 NFL season, which began over the weekend! They held a $4,000 contest for the season opening Eagles vs Falcons match that attracted 309 players. Players with multiple entries found a lot of success in this contest, which was won by bevanthring ($593) in a nail biter. Stevennfl ($860 total) ended up in second, third and fifth position, while Pearcey47 ($237) came fourth.

TopBetta  were also home to some great racing tournaments this weekend, with the most prestigious being their Saturday Metro Gallops 2K contest. It featured 26 players paying the $55 buy-in for a piece of the $2,600 pie. Congratulations to foley1 who made the best plays throughout the day to take home the top prize of $1,170! The other three prize winners were mobydick23 (second, $780), Deatac ($390), and djnewt ($260).