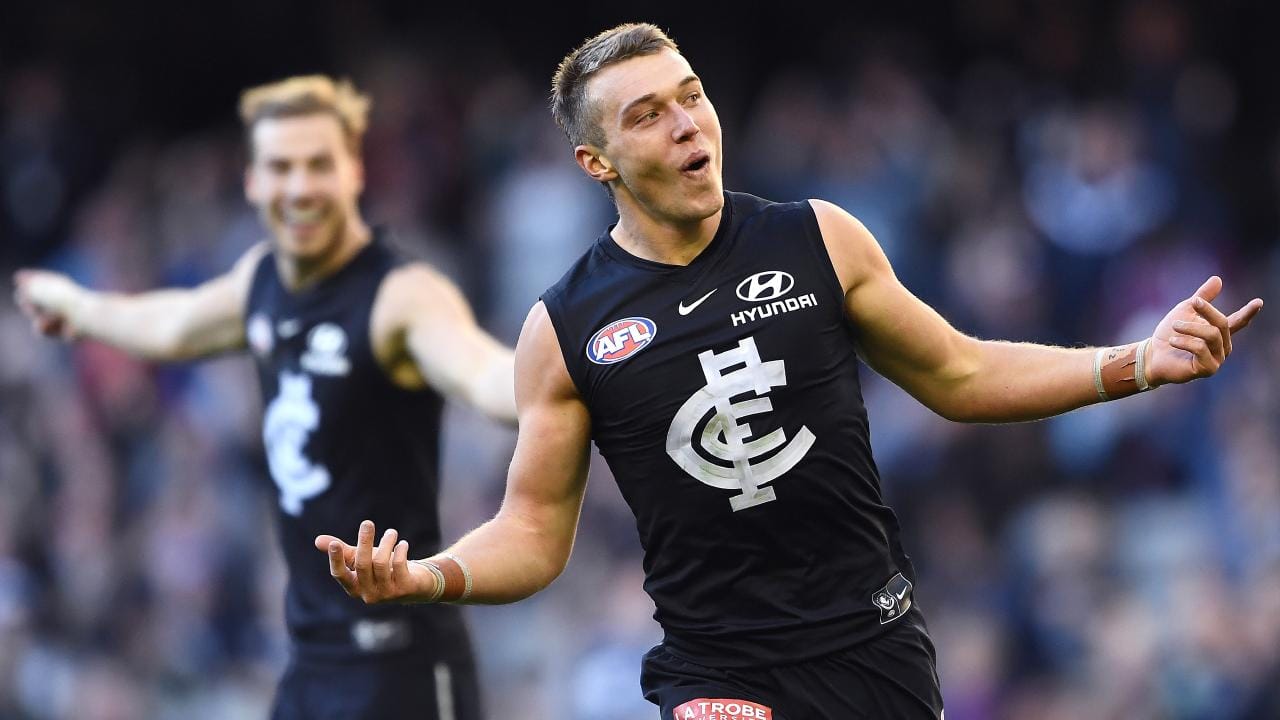 The long weekend meant there were four days of AFL action in Round 12, which brought about some massive DFS contests. We take a look at all the major winners from the weekend here!

Moneyball kicked off AFL Round 12 with a huge AFL $75,000 Tigers vs Cats Special on Friday night. There were 4,700 entries in what turned out to be a really close and low-scoring contest. There was a big $7,500 first place prize on offer, which ended up going to Stimpy870 on the back of an 839 score. He finished nine point ahead of the second-place JKnoiz who won $3,350. Third and $2,100 was awarded to SweatyBallBag, while Rileymitch09 was the fourth and final player to collect four figures ($1,500).

Moneyball went huge for the three-game slate on Saturday with a massive $100,000 contest! It was the most well supported contest of the weekend with over 5,000 entries. It was also a fairly highscoring affair with 900+ points required to feature highly in the leaderboard, with 963 ending up being the benchmark by laminedor, which earned him $10,000. He also featured a further four times in the top 20 for an extra $4,000. The other key player here was Tarzan, who finished with seven of the top 10 spots to earn over $10,000!

Moneyball finished off AFL Round 12 with another huge contest on Monday for the Queen’s Birthday clash. Their AFL $75,000 Magpies vs Demons Special saw 4,773 entries vying for the top prize of $7,500. A familiar face was once again ahead of the pack by the day’s end, with laminedor (JayK123) clinching top spot and the huge prize. Second, third, and sixth place all belonged to Giftyyy for a $6,000 collect, while Nugget22 also took home $1,825.

Draftstars were also home to plenty of great contests for AFL Round 12. They kicked things off with their AFL $75,000+ Tigers v Cats on Friday night. Gift was the man to beat in the end, finishing on top and earning a cool $7,400. Bodycamcrush was second for $3,706, third and $1,668 went to both dooges81 and jbarrett16.

Draftstars finished off the long weekend with a bang, hosting a monster AFL $100,000+ Magpies v Demons. Like all of their contests, there was huge support once again with 4,988 entries. It turned out to a really open contest with no one featuring in the top 10 more than once. The best player on the day was MyFadedGlory, who was smart in picking Max Gawn over Brodie Grundy, which helped him win the $9,948 prize. Second place and just shy of $5,000 went to jasonsticca, while third and $2,500 went to brytri88. 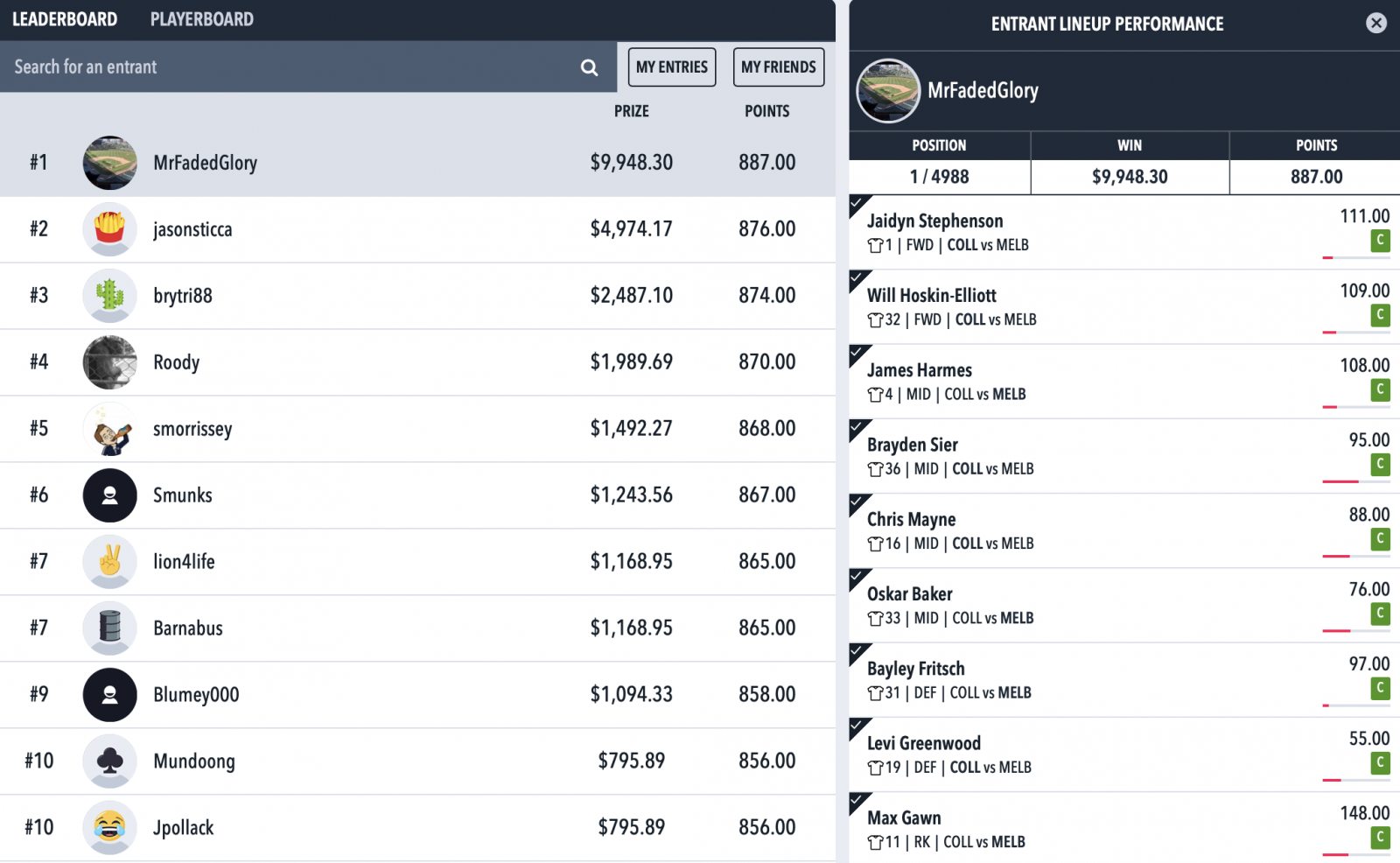 SportChamps held some huge racing tournaments over the weekend, none bigger than their $50 Saturday Metro Horses $10,000 Minimum 1 REBUY. There ended up being a prize pool of over $11,000, which boded well for the first placed testarossa, who took home the big $2,190 prize. Second place and $1,334 was awarded to mattypunts12 and third place and over $1,000 went to rabbit1973.