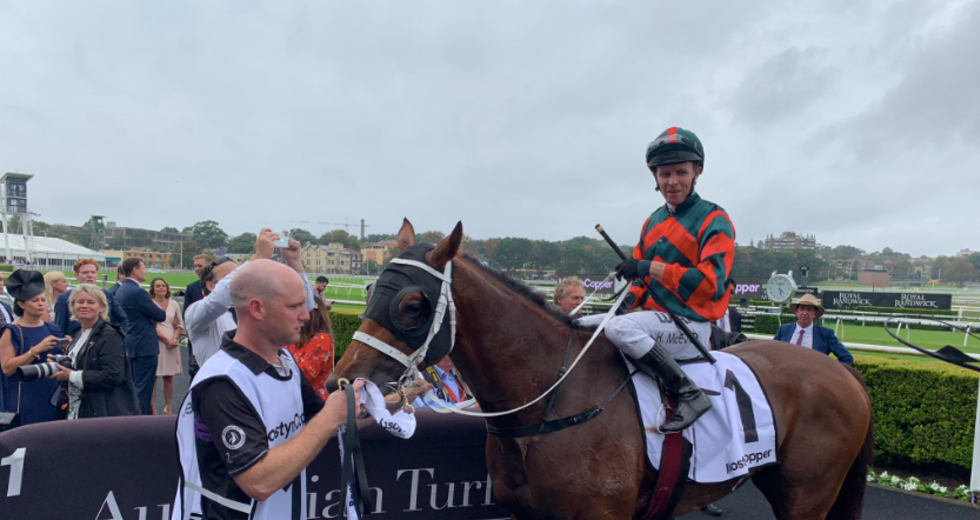 The JLT action really ramped up this weekend as everyone in the Australian DFS landscape starts looking forward to the start towards the start of the AFL season. There were also all the usual NBA and racing tournaments ticking over.

SportChamps was again loaded with racing tournaments to choose from over the weekend headlined by the Saturday Metro Tournaments with two massive single rebuy tournaments. It was a huge weekend for JWinny who took home both the $15,000 and $10,000 tournaments collecting a total of $4,961.75 in winnings.

TopBetta held racing contests throughout the weekend headlined as usual by their Saturday Metro Gallops events featuring the $2K and $1K contests. The $2K contest was won the 17th ranked DFR member Deatac collecting a total of $1,890. The $1K contest was won by willingly who took home the $672 first place dividend.

The NBA contests remained the marquee contests for Draftstars this weekend with a $15,000 competition held on Saturday and a $12,500 held on Sunday.

In the NBA $15,000+ Saturday contest it was the 34th ranked DFR member procession who had three teams finish in the top four to collect over $2,395 in winnings. The top 10 also saw other big names including the 14th ranked DFR member Clangers and the number 1 ranked member ilovelamp. 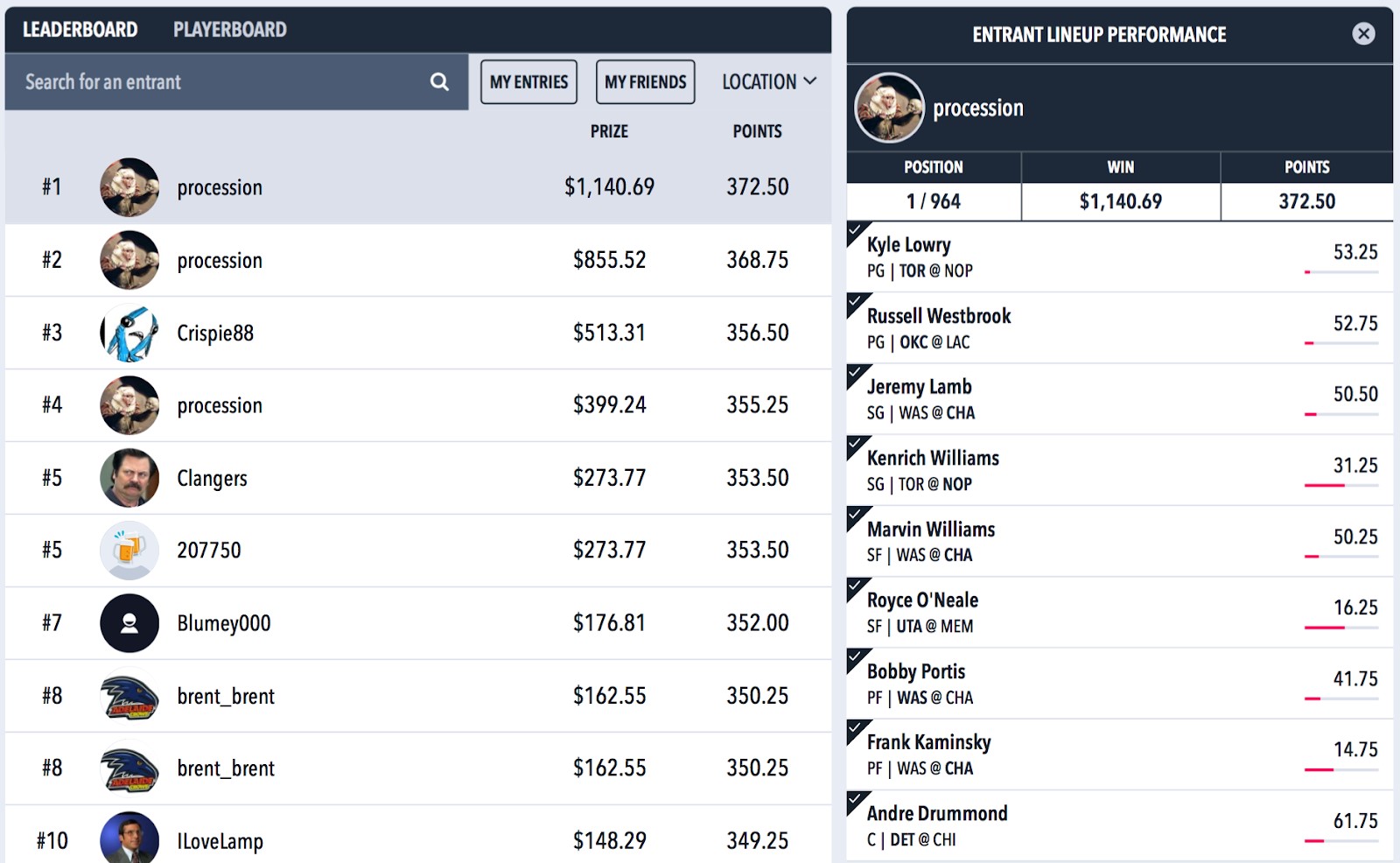 In the NBA $12,500+ competition it was JDloading who finished first and collected the $1,070.24 first place dividend. 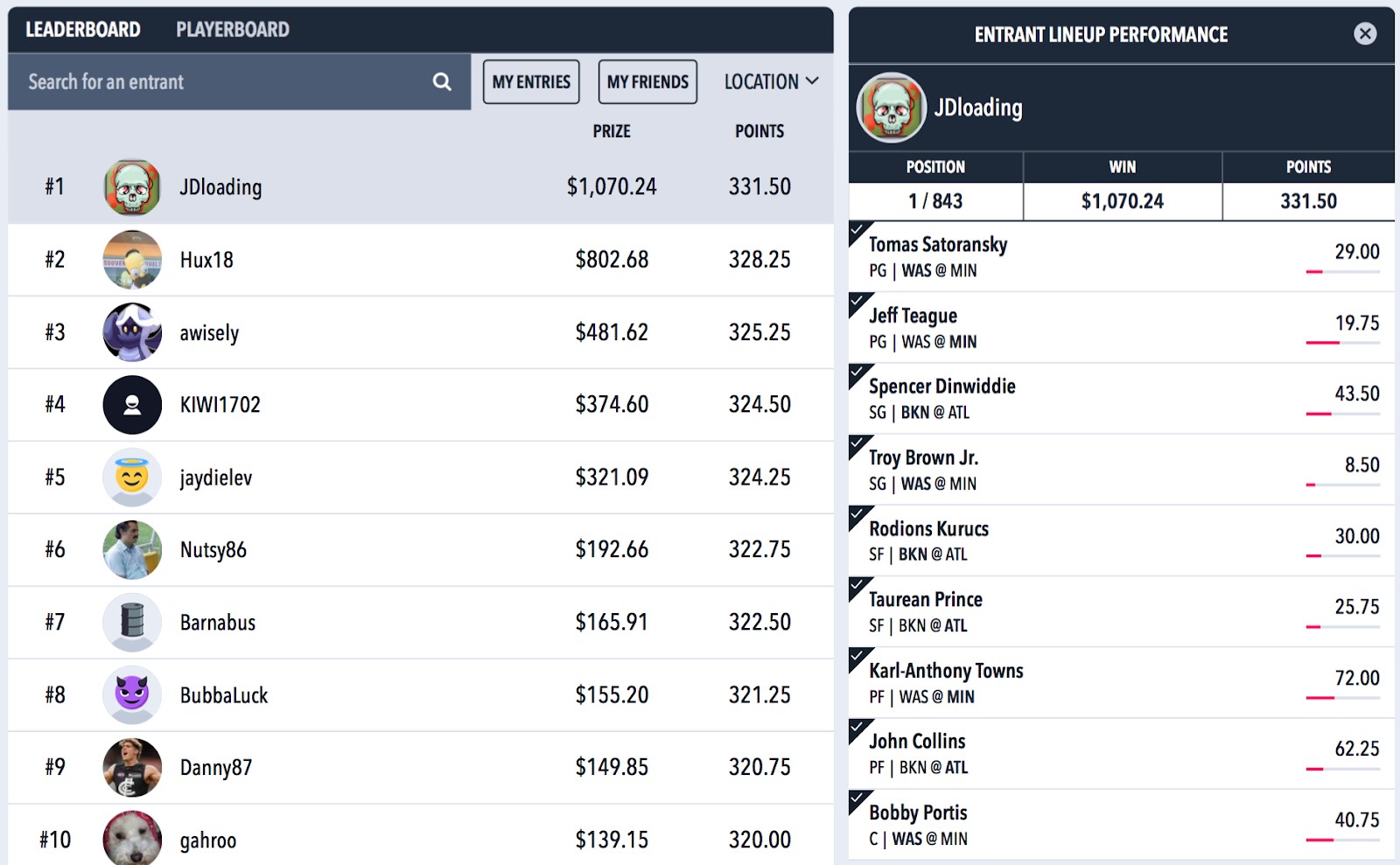 AFL JLT was well underway with $3,000 contest held for each game over the weekend, and a massive $7,000 game held on Friday night for the Giants vs Crows. It was Twobob05 who took home AFL JLT $7,000+ Giants v Crows as they were able to beat out the popular lineup tied for 3rd that 13 teams landed on. 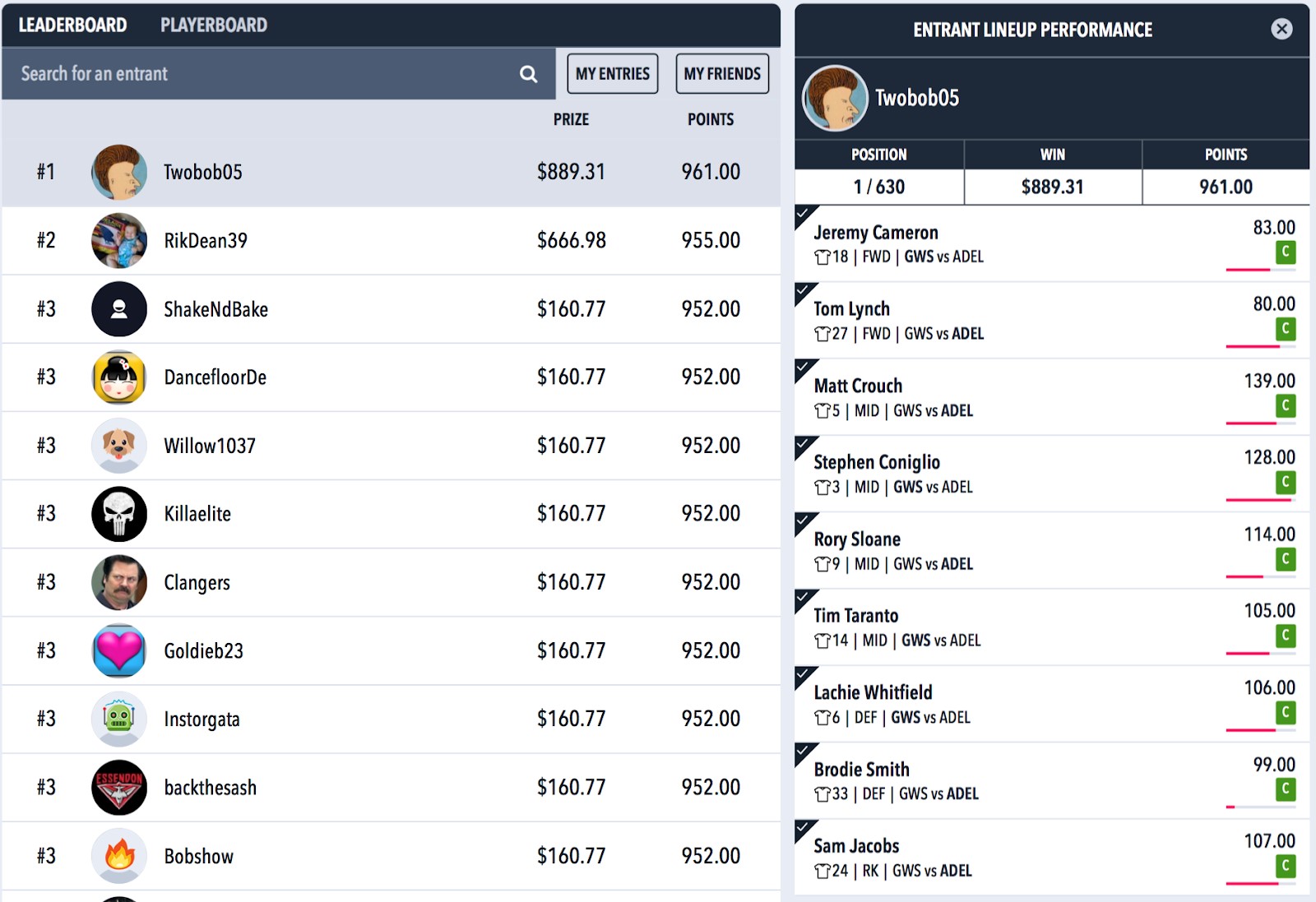 Moneyball had two major NBA GPP’s on Saturday and Sunday with $5K and $4K prize pools respectively. Saturday’s was won by rd_101 who took home the $650 first place dividend.

Sunday was taken down by Fitta10 who collected $525 for first place.