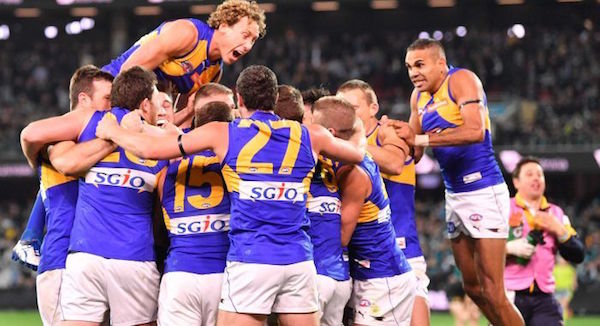 Round 1 in the AFL Finals and Week 2 of the Spring Carnival made for a massive weekend in Australian daily fantasy and tournament betting. As usual, we take a look at all of the top competitions around the country here.

Draftstars hosted two massive tournaments of over $30,000 guaranteed this weekend with the Friday night single game competition between the Cats and Tigers attracted 2,399 entrants and clearing the $30k mark.

It’s not often you see a 40 point winner in a Draftstars competition, which highlights Shannas44 dominance on Friday night as he took out the top prize $4,725 with a monster score of 852. Jayk123 finished 2nd in line with 814 points while DFR member Davidian was also in the mix. 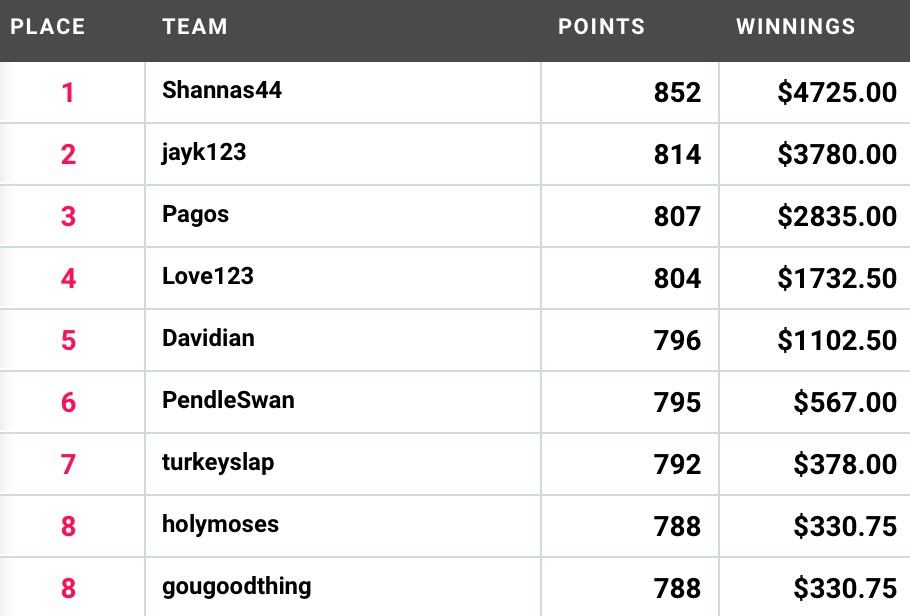 The Saturday tournament featured two games and promised a massive $50k guaranteed prize pool. A whopping 3,574 contestants threw their hat in the ring for the monster prize and in the end it was Cmiggles33 who took out the top prize with his score of 938. He collected a cool $7000 while Unge19 and ILoveLamp picked up the minor placings. DFR members Tryanhit and chrisseddy999 were also amongst the top players. 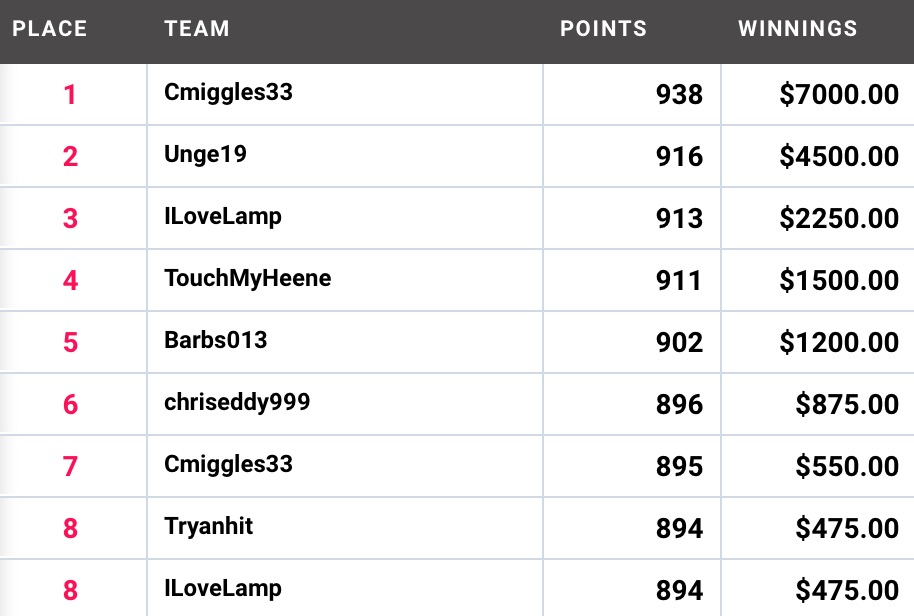 The weekend also marked the opening round of the 2017-18 NFL season and to celebrate, Draftstars hosted a massive $20k guaranteed competition for the Sunday slate. As many of us probably expected after listening to him talk NFL strategy on Episide 6 of the DFR podcast, Jayk123 came out on top, collecting $3000 in cassh while Bdbs123 picked up 2nd and 3rd place for a total of $3,600. 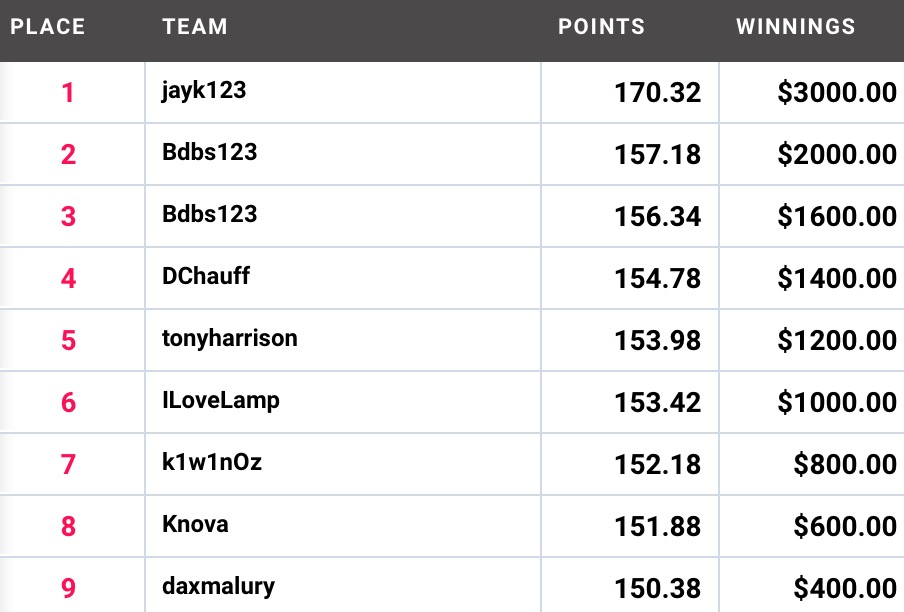 The top competition at Moneyball once again this weekend was their Friday night single game between the Cats and Tigers. It offered $8,050 in prizes and drew in 617 contestants.

A fairly low score of 800 won the tournament, with bigtimmoneymaker taking out the $1,050 top prize. Cheeseball and lochiericketts collected the minor placings, both falling short by under ten points.

Moneyball also hosted its own $20k NFL tournament for week one, attracting 1,189 contestants competing for the top prize of $1,800. jj_spurs came out on top for the day with his team which scored 154 points while inspire82 and TheChosenOne collected the minor placings. Promising signs for the upcoming season of NfL as both Moneyball and Draftstars cleared the 1,000 entry mark to open the season.

One of the highlights of the weekend was the AFL Finals Mega Tournament at SportChamps which offered a prize pool of $2,500 for just a $1 entry.

There were some amazing bets in this tournament as people went for glory. jenvid burst out of the blocks with an mind-boggling bet of both halves scoring the same amount in the Adelaide vs GWS match. His bet on the Draw in that market paid $151 as both first and second half incredibly scored 66 each. However jenvid admitted in the chat box that he wasn’t an AFL fan, and he couldn’t sustain his lead. Most of the leaders would earn their wealth through the first goalscorer markets with Fitta10 grabbing the victory with a sensational first goal scorer multi:

The largest payout of the weekend at SportChamps would come in the $100 Saturday racing tournament. The usual suspects were out to form a $2,200 prize pool with Grog collecting the lion’s share of $1,155 in prize money thanks to a crafty bet on Gigante in Race 6 at Belmont in the final race of the tournament. He would narrowly nudge ahead of foley1 and djnewt who collected the minor prizes.

The Saturday Metro Mayhem at TopBetta attracted 39 contestants this weekend, all competing for the top prize of just over $8,400. After a bit of a controversial end to the day which saw a protest upheld and many players not able to make a final bet, nashemmy took out 1st place, turning his 5k BettaBucks into nearly 70,000 by the end of the day. 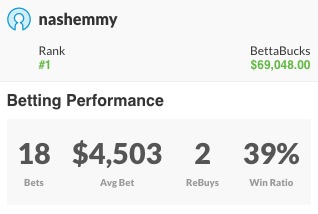 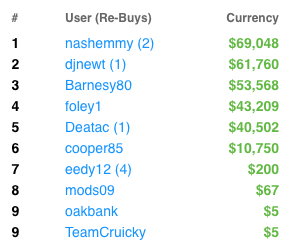