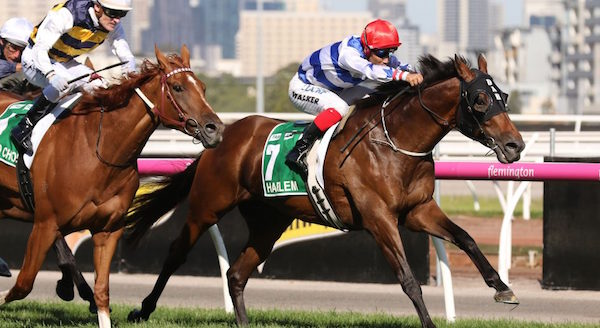 The 2018 Australian racing calendar is beginning to heat up as four massive Group 1’s were ran over the weekend. With the great schedule of racing, there was plenty of interest in this weekend’s daily fantasy and betting tournaments, and we recap the best of them below.

What a weekend it was for the 5th ranked DFR member Deatac. The name has been constantly in our recaps over the past few weeks and this Saturday just topped it off as Deatac absolutely cleaned up at TopBetta AND SportChamps.

The three major tournaments across TopBetta and SportChamps for Saturday’s massive day of racing were arguably the TopBetta $110 Saturday Metro Mayhem, and the SportChamps $50 and $100 entry fee tournaments respectively. Deatac won all three.

SportChamps was next on the hit list for Deatac, as he cleaned up in both the $50 and $100 tournaments respectively. Some familiar names were amongst the top contenders in both tournaments, however, the likes of Grog, lewster and djnewt couldn’t compete with Deatac’s outstanding form.

Combined, Deatac collected nearly $2,700 for the two SportChamps wins, taking his daily tally over $5,000 in the three tournaments alone and helping him climb over $200,000 lifetime winnings. Well done Deatac.

NRL season kicked off with a bang at Draftstars as Thursday night saw a massive $20,000 guaranteed tournament for the Dragons vs Broncos season opener! 1,054 players threw their hat in the ring for the monster prize, and at the end of the day it was ‘Milchcow’ who picked up the top prize of $2,200 with a monster score of 397.35.

Jack de Belin, James Roberts and Ben Hunt led the way for Milchcow, all scoring over 50 points to contribute to the winning score. 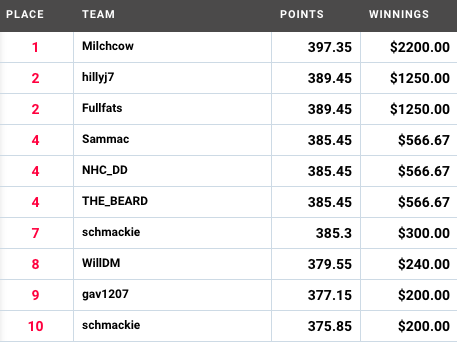 NBA continues to be popular at Draftstars as we draw nearer to the close of the regular season. Thursday’s competition saw a massive $10,000 guaranteed prize pool, which attracted 839 players competing for the top prize of almost $1,100.

Nikola Jokic was the pick of the day for eventual winner ‘acdistef93’ at just 4.29% owned, the Denver big went on to score 62 points and contribute to the 361 point winning score for acdistef93! 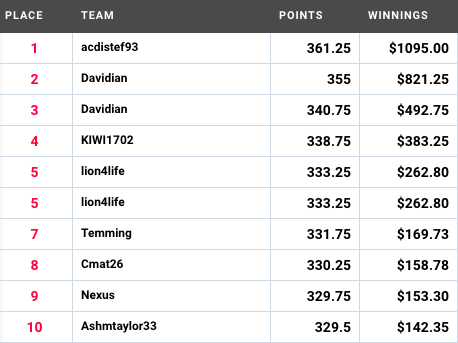