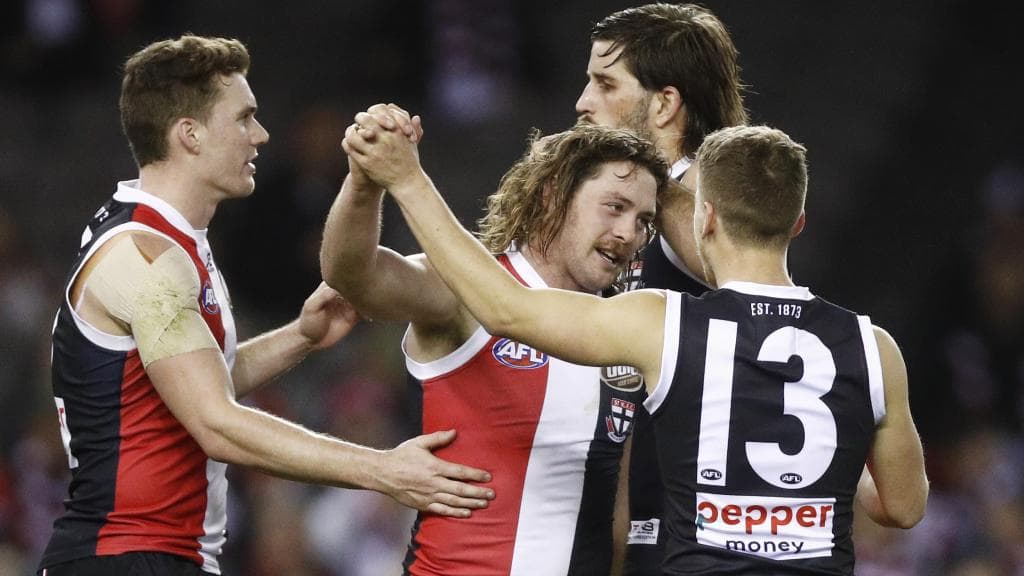 AFL Round 21 tossed up some very strange results, which made it an interesting week of DFS. Major sites Moneyball and Draftstars hosted their usual big contests for the footy, while SportChamps led the charge for the racing. We take a look at all the major winners here.

Moneyball kicked off AFL Round 21 with a $20,000 Giants vs Hawks Special. There were 1,583 entries in what turned out to be an extremely tight finish. Just one point separated the top three and 22 points separated the top 20. The best of the bunch ended up being cottmaa with a score of 839. He earned himself $2,050 for first place. Toby Greene was a must have with his 142 and Dawson Simpson was the best play in the ruck with 89 at a bargain price. Second place in the contest was a tie between I am the Game and waverunner for $788 each.

Like usual, Moneyball held their biggest contest of the weekend on Saturday. This time it was a $30,000 contest for the five-game slate that kicked off just before 2pm (AEST). There was a $3,000 first place prize on offer that was snapped up by Giftyyy with a score of 922. He also finished in third, fourth and fifth to collect a total of $5,000. Key players to have here were Peter Ladhams (100 points), Jarryd Lyons (158) and Jack Macrae (132). The other big money maker in this slate was JayC2009 who finished in second position to collect $1,400.

Draftstars started off the round with bang, hosting a $60,000 Giants v Hawks contest. The big prize pool attracted plenty of entries, but Broady4_ hogged all the money with 1st, 2nd, 4th and 5th placed finishes, which equated to a collect of over $12,000. The key to his best line-up was avoiding all the cheaper players that spudded up, preferring to field a more balanced line-up with the exception of Jye Caldwell at basement price. The only other top five finish belonged to schmackie in third for a $1,687 collect. 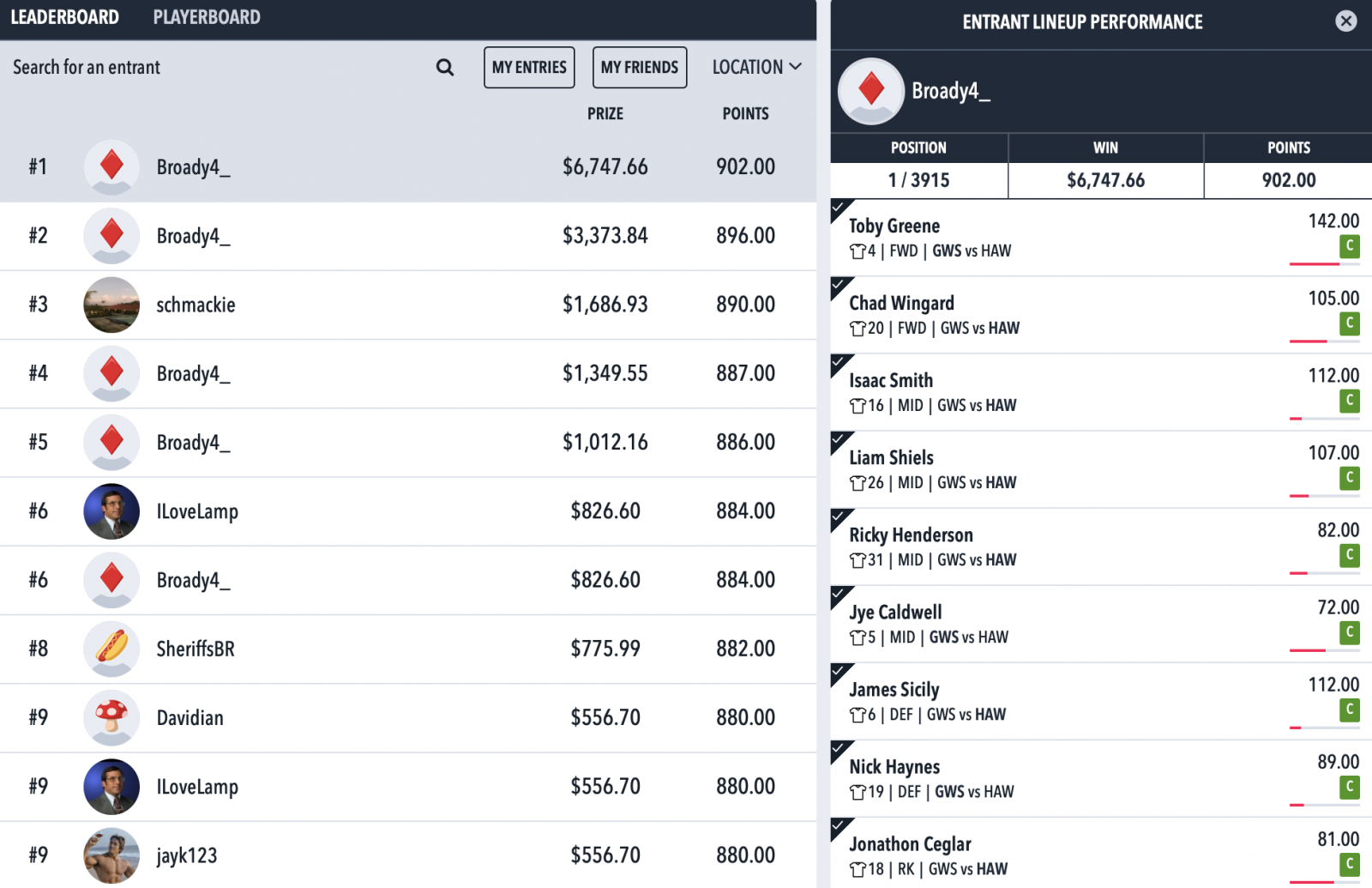 SportChamps were the home of the biggest racing tournaments again over the weekend. Their biggest tournament was their Racing $50 Saturday Horses $10,000 (One Rebuy). There were 117 total entries and $7,750 in prize money up for grabs. The man to beat ended up being Hotmaria who finished in first for a very nice $2,021 win. Second place belonged to Optional for a $1,286 win, while third place went to GavRap for $975 winnings.