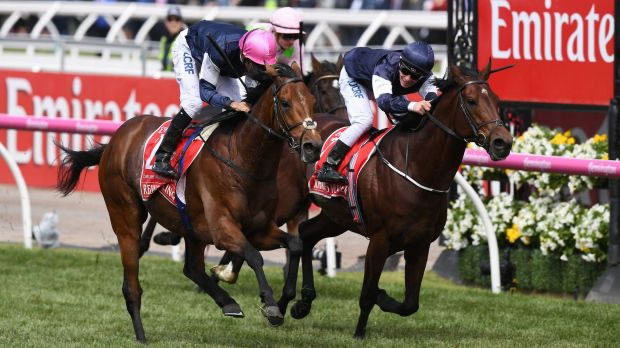 The Flemington spring Racing Carnival has drawn to a close with some big money awarded over the weekend in fantasy horse racing tournaments around the country. Saturday was Emirates Stakes Day and that marked the end of major four-day racing tournaments at both SportChamps and TopBetta. Big prizes were also in store for NBA and NFL contests at DraftStars and Moneyball.

Let’s find out who won what in our weekly Australian DFS Results recap!

The biggest racing tournament of the weekend would end up coming from SportChamps as 155 players took part in their feature four-day tournament as part of the Flemington Racing Carnival. The guarantee was easily met with a prize pool of $26,300 up for grabs.

The flat payout structure of SportChamps tournaments meant that the top half of the field all finished in the money, but the top prize of $4,733.67 was taken by SillyBilly47. There was nothing silly about his strategy of bet small, win big, as SillyBilly47 collect some big payouts on Oaks Day for his Exacta, Trifecta and Quaddie bets. That shot him to the top of the counts, and despite not finding much like on Stakes Day, SillyBilly47 did enough to hold on for the win. bigboy2411 took second place while DFR member Donkey was the big mover on the final day of the tournament as he claimed third place. 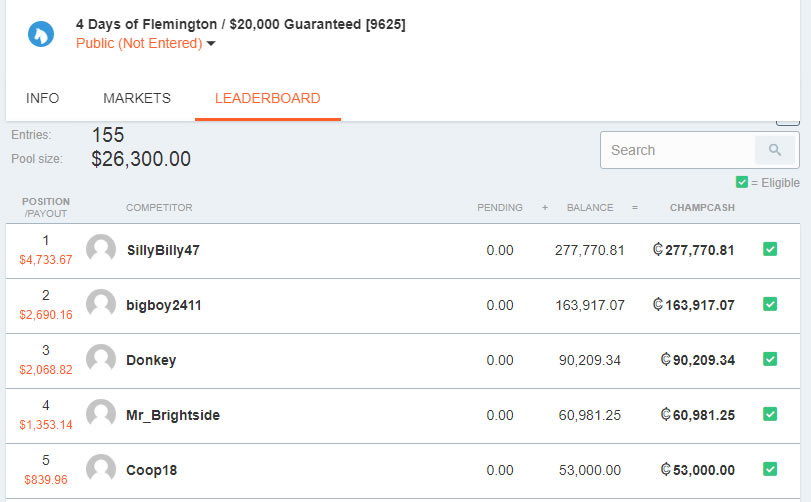 The four-day Flemington Carnival tournament at TopBetta would attract a field of 116 players, and with rebuys included, the tournament would just hit the guarantee with a prize pool of $20,500 awarded.

The top 15 players would finish in the money but the top prize of $5,125 would end up in the pockets of imdgame. Much like a swooper down the middle of the Flemington racetrack, imdgame chanced his luck on roughie Kentucky Breeze in the last race of the tournament and the gamble paid off at odds of $19.40. That shot imdgame to the top of the leaderboard ahead of section8 and tournament veteran footy99. 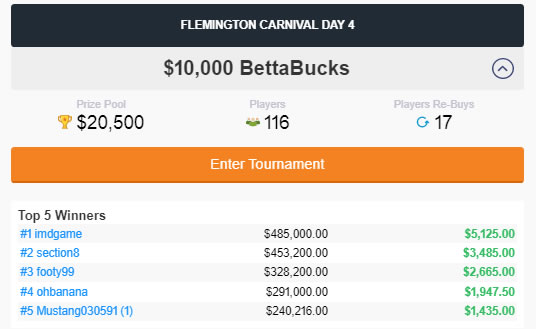 413 players tried their luck on Cup Day, and while the tournament paid out all the way down to 179th place, it was Broady4_ who dominated proceedings. Besides claiming the top prize of $1,300, Broady4_ cashed in the event a whopping 42 times, include nine of the top twelve positions on the leaderboard!

Broady4_ followed up that dominance with another huge performance in the NBA over at Draftstars to pick up enough DFR points to streamroll his way into the top 10 in the DFR Rankings!

Other major racing contests at Moneyball during the week were won by TonyModra6 on Oaks Day and #11 ranked DFR player dpwoodford on Stakes Day. 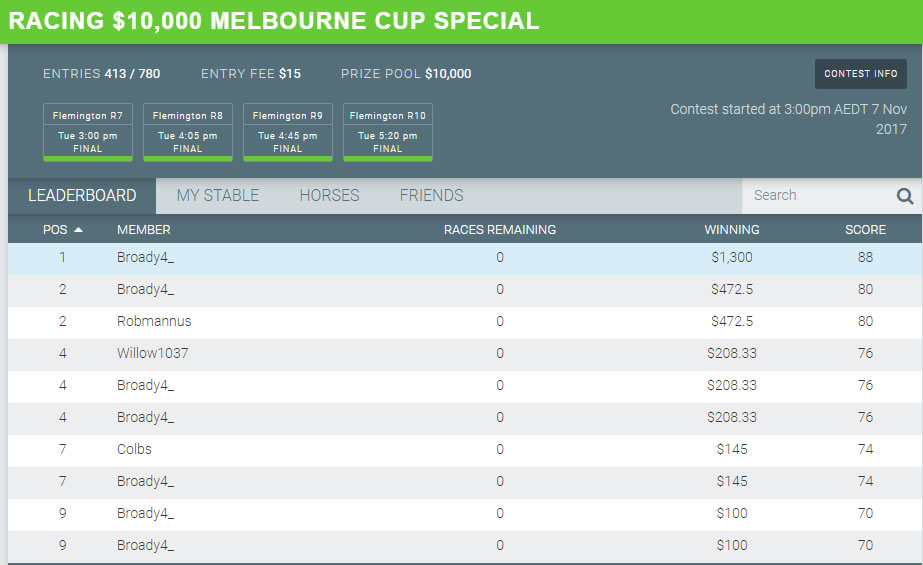 The Sunday slate of NFL games in the US would attract a field of 1,219 players for the $17,500 guaranteed NFL Monday contest on Draftstars. Once again there were some familiar names in contention with #1 ranked DFR player jayk123 finishing with two entries in the top five. However the win would go to Bdbs123 who had comfortably the best score to collect the $2,187.50 top prize. 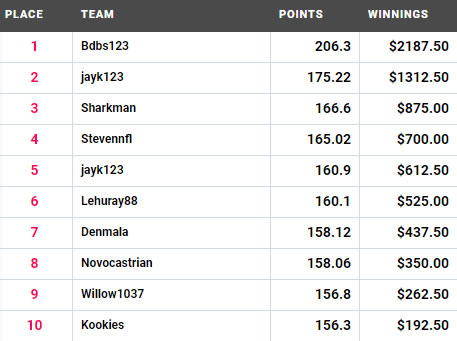