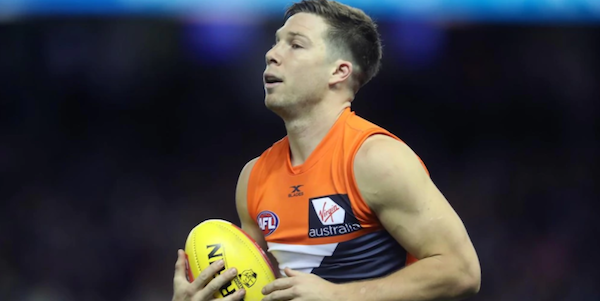 Another big weekend of Australian and international sport and racing in the books with Round 21 of the AFL being played over the weekend as well as the commencement of the English Premier League season. We recap all of the action from the major daily fantasy and tournament betting competitions over the busy weekend.

The major Saturday racing tournament at TopBetta, the ‘Metro Mayhem’ attraceted 22 contestants this weekend all competing for the guaranteed prize pool of $5,000. In the end it was TopBetta veteran lewster who came up with the goods, turning his 5,000 BettaBucks into a whopping 144,217.

The highlight of lewster’s day, albeit after five rebuys was a 8,000 BB bet on Sunday Escape to win Race 9 at Flemington which helped him collect a handy 104,800 BettaBucks. Lewster collected $2,250 for the win while Barnesy80 and shaneb1971 picked up the minor placings. 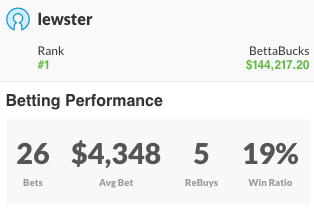 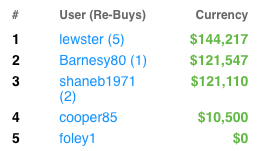 The Saturday $15 entry tournament at Draftstars smashed the $30k guaranteed mark by $3,000 as over 2,400 contestants put their hat in the ring to take out the $4,950 top prize. In the end it was Drafstars regular jonnnk who won the day with a decent score of 903.

jonnnk beat out Draftstars kings and DFR menbers Tryanhit and stanwawrinka, who took out 5 of the top 10 places between them. 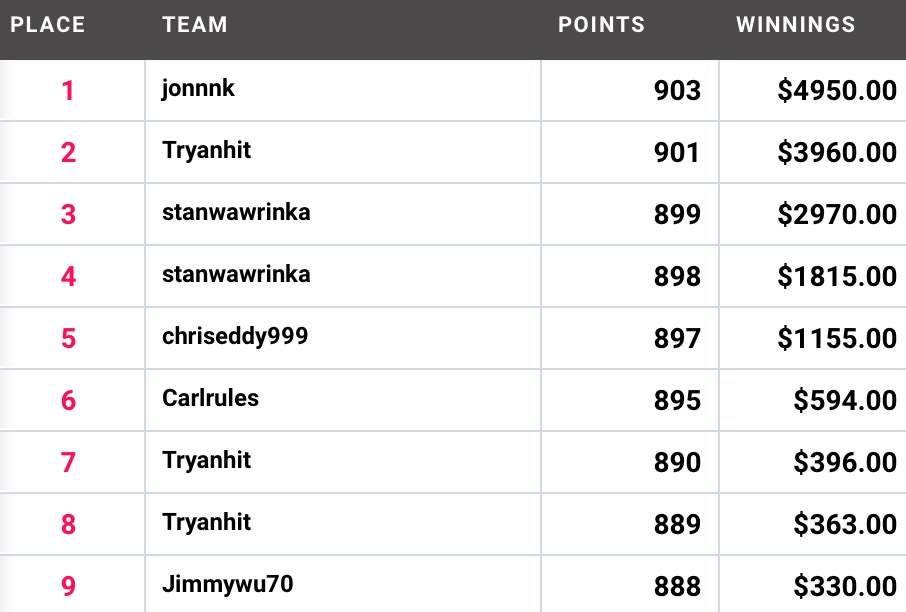 The Sunday tournament was a bit more competitive all around and saw some new names at the top of the leader board. gator59 beat out all 2,127 other entrants to take the top prize of $4,200 for his maiden Draftstars win while Rimmo collected 2nd place and a cool $2,800.

Jayk123 wasn’t missing for long as he ascended back up the leaderboard on Sunday with a third place finish for $2,240, taking his lifetime Draftstars winnings to over $130,000. 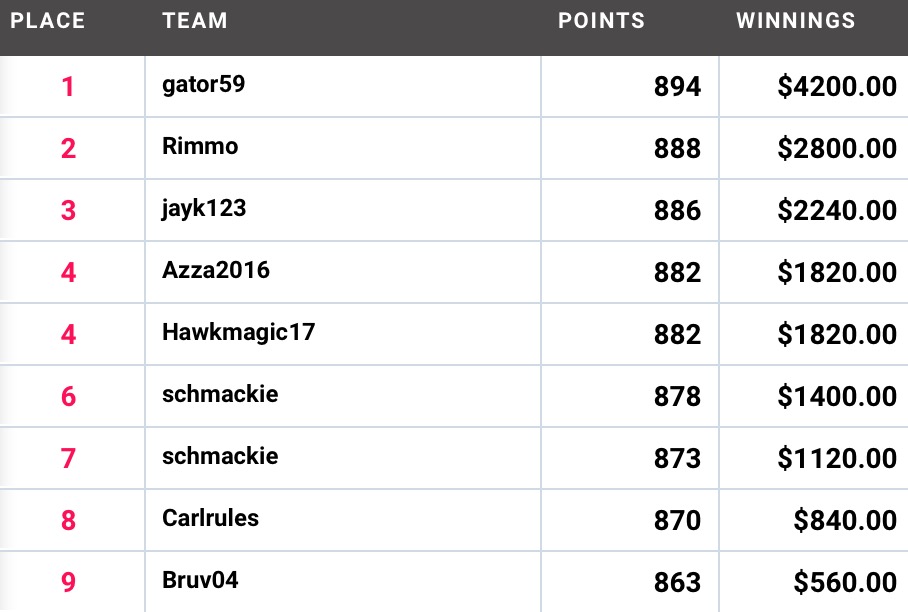 The Friday night tournament was once again the biggest of the weekend at Moneyball, attracting 484 contestants who competed for $6,300 in prizes. In a low scoring night, Tigers_17 took out the top prize of $825 while bonfj15 and Magpie Machine collected the minor placings.

Jayk123 aka laminedor added to his resume with another two top 10 finishes making him the number one ranked Moneyball player on DFR.

The AFL $100 tournament was the biggest of the weekend at SportChamps, attracting just 7 entrants but offering a $1,100 prize pool. SportChamps regular foley1 took out the major prize of just over $570 while the subject of Episode 5 of our DFR Podcast, Cfrance172 picked up a podium finish.

You can listen to the podcast in full here!