Another loaded weekend of DFS tournaments in Australia has just wrapped up with the usual array of Racing and NBA tournaments to go along with a monster Sunday of Big Bash.

SportChamps was again loaded with racing tournaments to choose from over the weekend headlined by the Saturday Metro Tournaments with the rebuy contest prize pool at over $5,000 for the main no rebuys comp, and the rebuys at over $4,000. Yidarmy10 took home first place and over $1,000 in the no rebuys competition while in the rebuys it was Vinigiufre41 who got the chocolates winning $1115.63.

TopBetta held racing contests throughout the weekend headlined as usual by their Saturday Metro Gallops events featuring the $2K and $1K contests. The $2K contest was taken down by eddie55, winning $1,575. While it was the 11th ranked DFR member deatac who once again won the $1K contest and collected $624.

Draftstars array of BBL competitions continued this weekend as we continue to head towards the Big Bash live final. There was a triple header of action on Sunday with three $10k contests held. 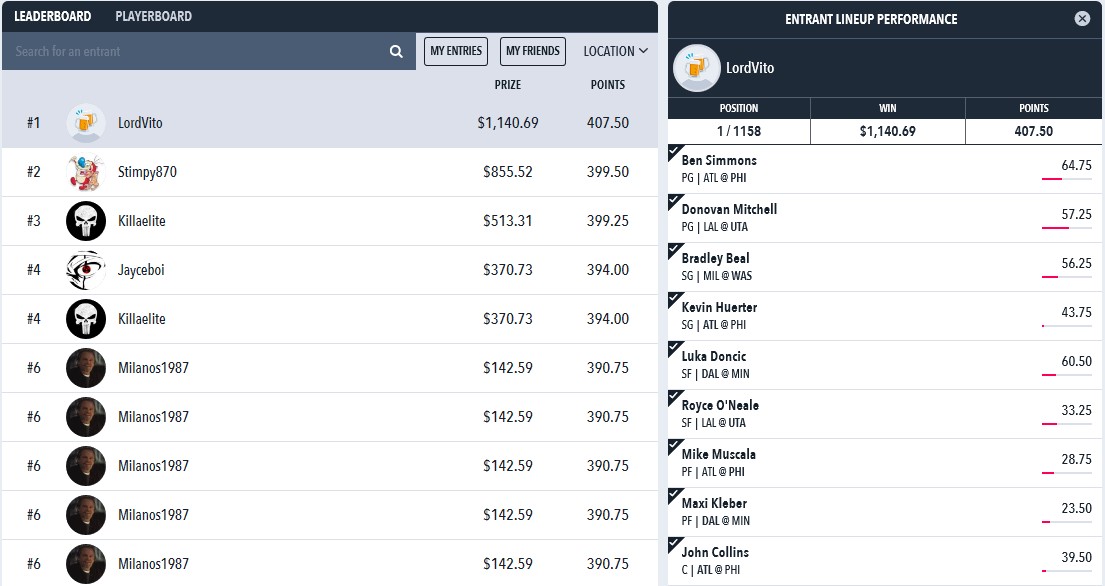 Sunday Stimpy870 took it up a notch having two entries tied for first, and another two tied for 6th to take home over $2,378. 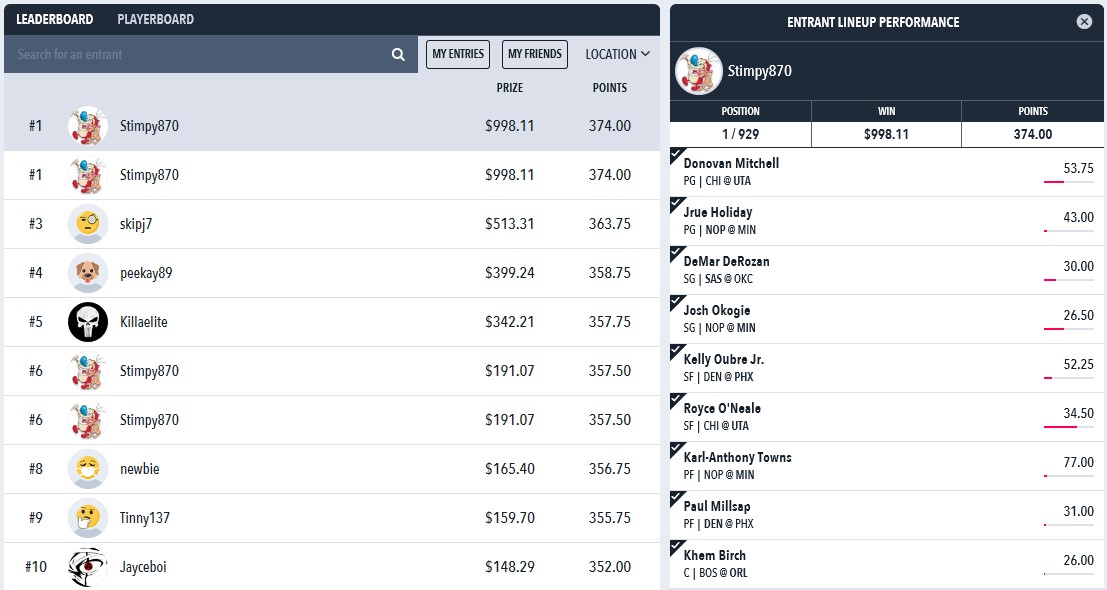 Moneyball had two major NBA GPP’s on Saturday and Sunday with $7K and $5K prize pools respectively. Saturday’s was won by mikewlee who took home the $975 first place dividend.

Sunday we saw a very rare clean sweep of the top 5 placings by Winralove who rightly was so happy with his team he put it in five times and collected $1,550.