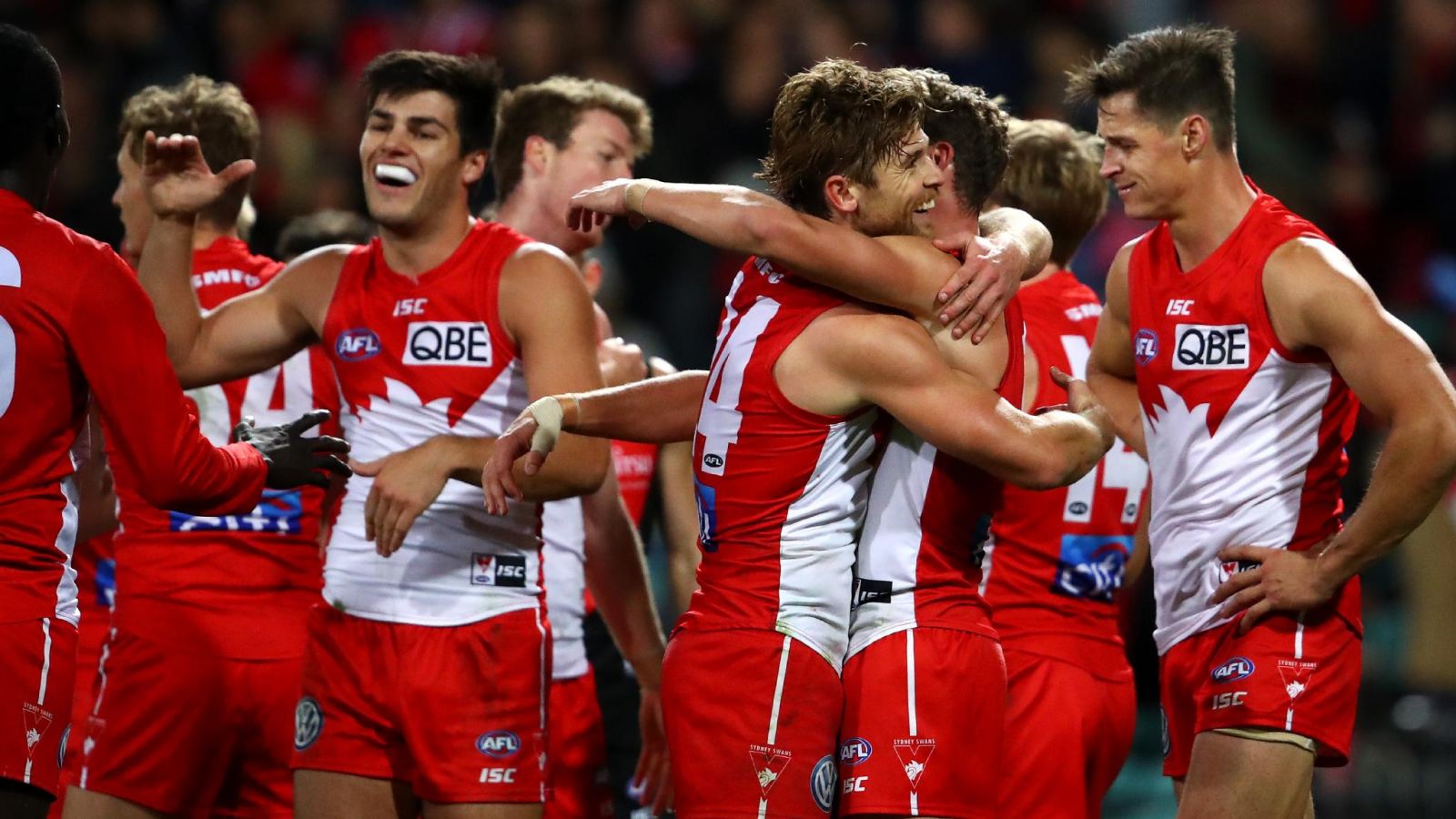 It was another eventful weekend for the DFS community with plenty of huge AFL and racing contests to get involved in with some huge cash prizes won. The weekend was then topped off with some brilliant news on Monday morning with Moneyball announcing they’re increasing their AFL DFS prize pools! As always, we run you through the major winners here!

It was a great match on Friday night between the Swans and the Bombers to kickstart AFL Round 8 and Draftstars made sure it was even more enjoyable with their big AFL $40,000+ Swans vs Bombers contest. It ended up being one of the lower scoring contests of Round 8 with 802 points being good enough for Peekay89 to claim the top prize of $5,163! It was also a significant contest for Broady4_ who finished in second and sixth spot to collect over $3,000 and move into the number one spot in our DFR leaderboard! 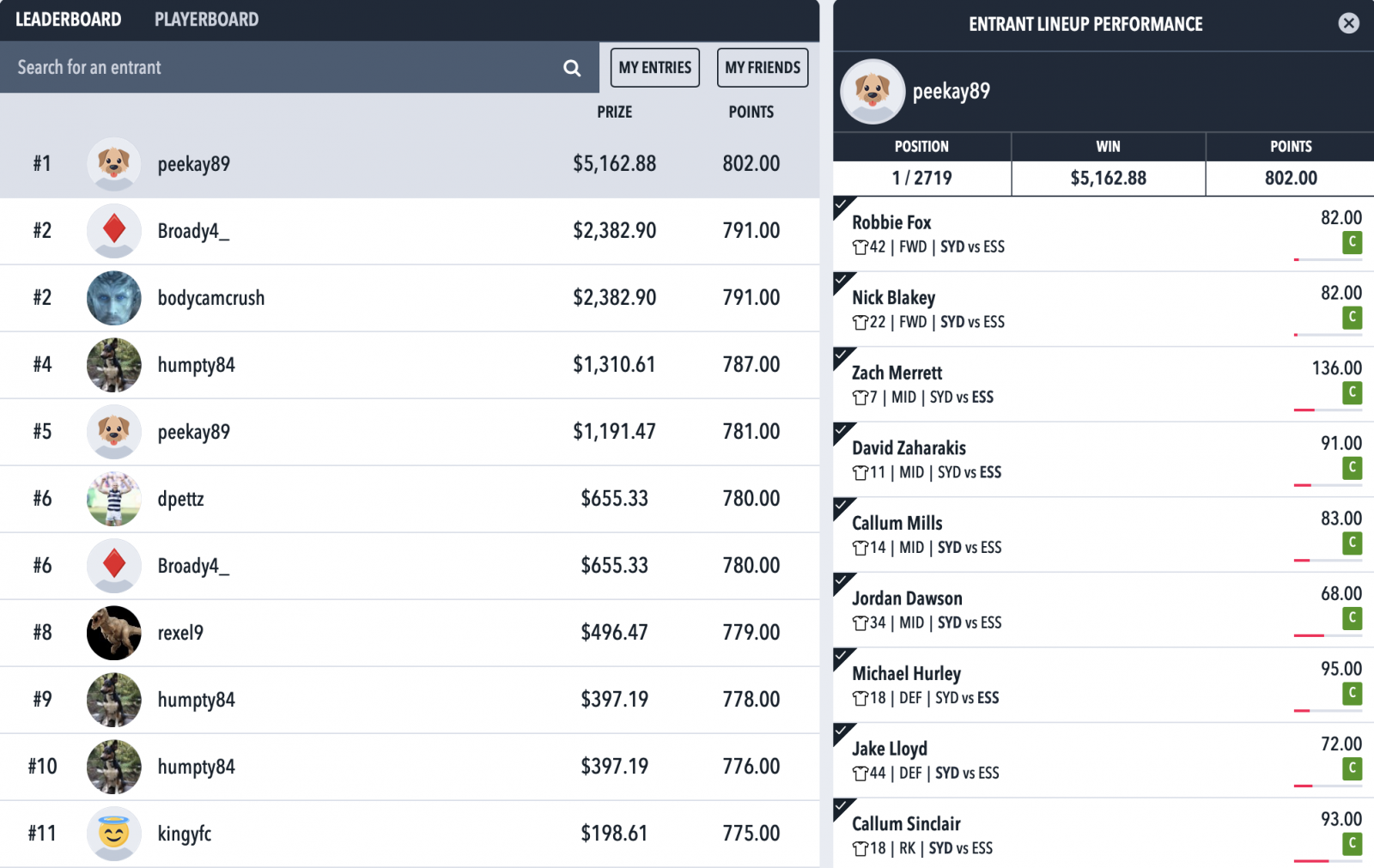 Draftstars led the way on Saturday with another huge AFL $40,000 Saturday contest that attracted over 3,000 entries yet again. Unlike Friday, the Saturday slate was an extremely high-scoring contest with our winner even cracking the ton! That’s right, markreynolds scored a whopping 1,009 to lead the way and collect himself over $5,000! Second place and over $3,000 went to Briz17, while third and $1,850 was awarded to woodsmacgee. 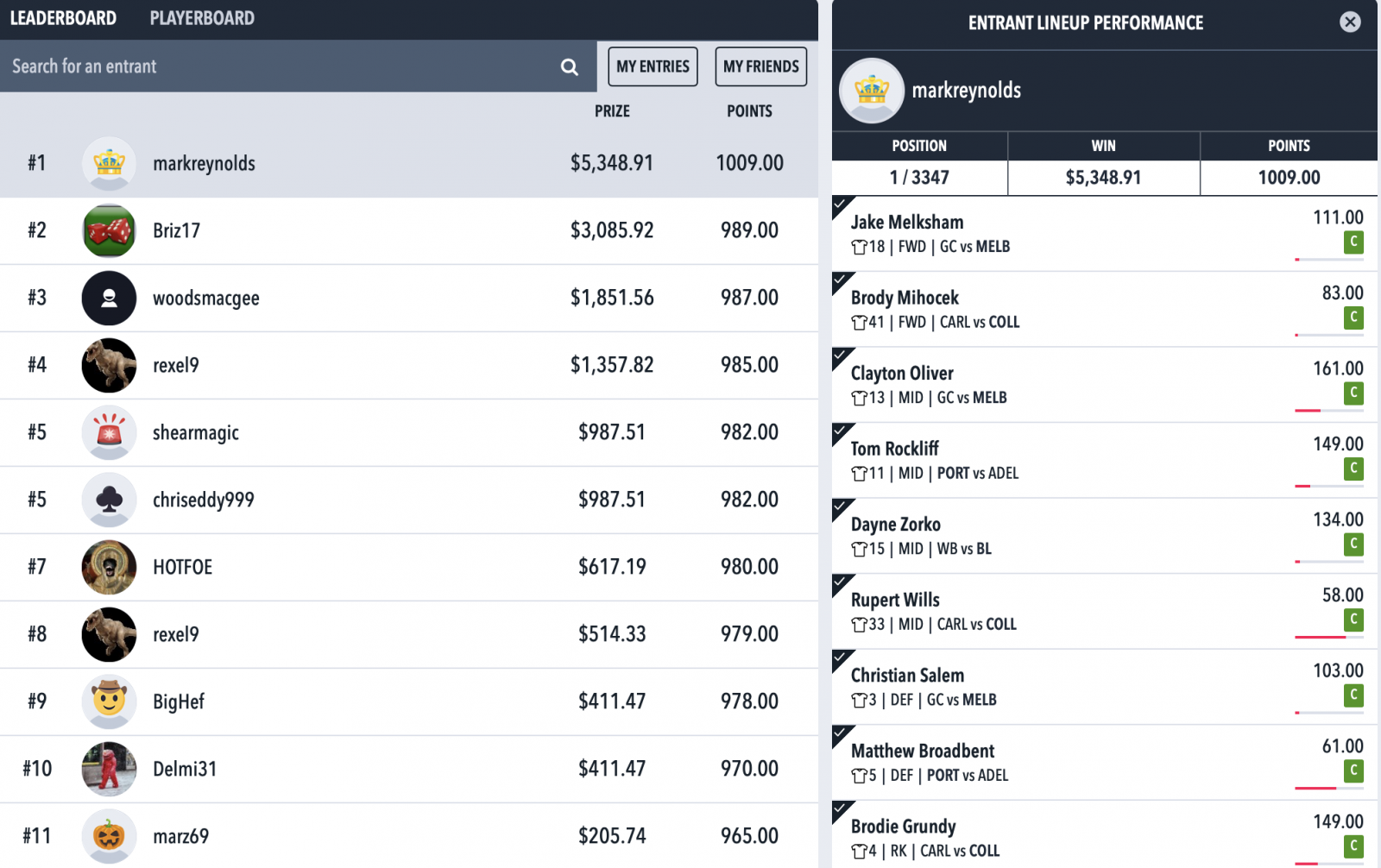 There was another three-game slate of AFL on Sunday with Draftstars once again dished providing their big $30,000+ Sunday contest! There were over 2,200 entries but we had a standout winner in jamesball1, who finished 14 points clear of the pack with his score of 910, earning himself just shy of $4,000 in the process. Mitch Duncan proved to be his best scorer with over 140 points, while Heath Shaw was a terrific POD with his 124. The other major collectors from this contest were reichd1 in second place for a $2,200 collect, as well as HeavyMen in third ($1,340). 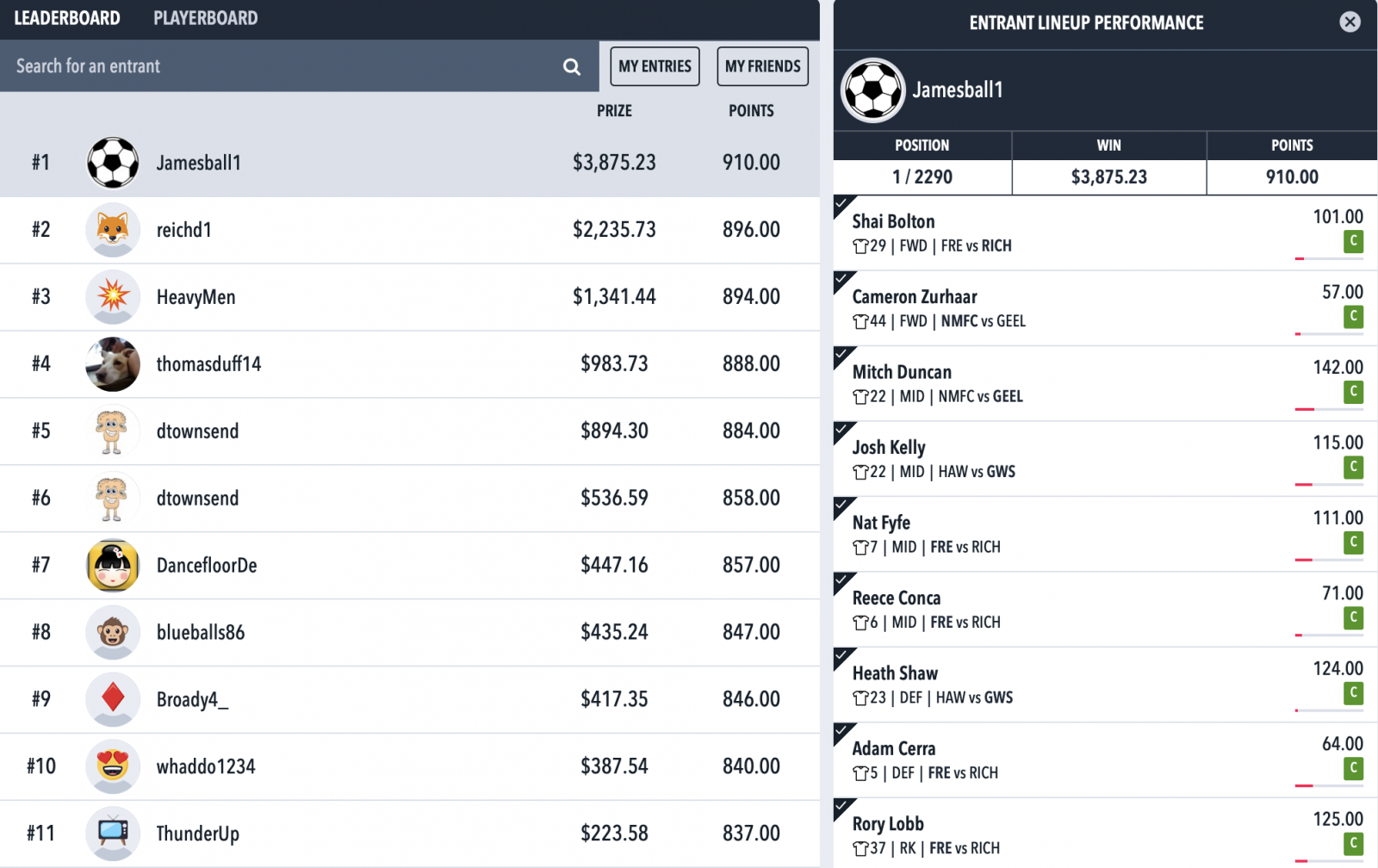 Moneyball held plenty of great contests over the weekend, particularly for AFL fans who were treated to theirAFL $8,000 Sydney vs Essendon Special on Friday night. There were 593 players involved in a tightly fought contest, but the player that came out on top was tobesman with a score of 770. He collected the $1,050 top prize, edging out second placed awisely by a single point in second place ($470). Magnum finished in the final podium position and took home a tidy $300.

PlayON were home to a huge IPL 10K Grand Final Super Contest over the weekend that had many players take home some big prizes. There were 88 players in the contest with the top 20 all taking home at least $200 and all podium finishes landing four figure collects. There were quite a few multi-entry players but only mpendle managed to have two of his line-ups finish in the top 10 (9th and 10th). The best of the bunch and the winner of $2,400 was Gadge, second to him was XLargeBoy ($1,400), while Seiko($1,000) was third.

As always, SportChamps held plenty of tournaments for the racing over the weekend with thousands of players putting their knowledge to the test. This weekend their most popular tournament was the Racing $5 Saturday Horses Only (NO REBUYS), which had 253 players enter for a chance of claiming a piece of the $1,265 prize pool. With no rebuys available, players had to place their bets wisely, and the wisest of them turned out to be givememore, who finished first and won over $200. Second best on the day was Koaster79 ($119), while third was CarloSerraglio67 ($92).