It was a landmark weekend of DFS in Australia with Draftstars holding it’s first Golf tournament for the Masters. This was on top of the regular NRL, AFL and racing tournaments, we will catch you up on all the action as we recap all the winners from the biggest competitions.

SportChamps was again loaded with racing tournaments to choose from over the weekend headlined by the Saturday Metro Tournaments. The Championships Only $50 contest had a prize pool of over $12,000 and was taken down by lewster who won the $2,532.53 first price. Lewster was on fire also winning the $2,000 minimum single rebuy tournament for another $2,572.50 in winnings. Then it It was 50miller who took home the Racing $50 Saturday Metro Racing tournament collecting $1,782.55.

We have to start with the event everyone is talking about in the world right now, the Masters. This coincidentally was the first time Draftstars offered DFS tournaments for Golf and what a time to do it.  The winner of the PGA Masters $15,000+ contest at Draftstars was taken down by 7th ranked DFR member Mattylee, who remarkably didn't roster the man of the moment Tiger Woods. 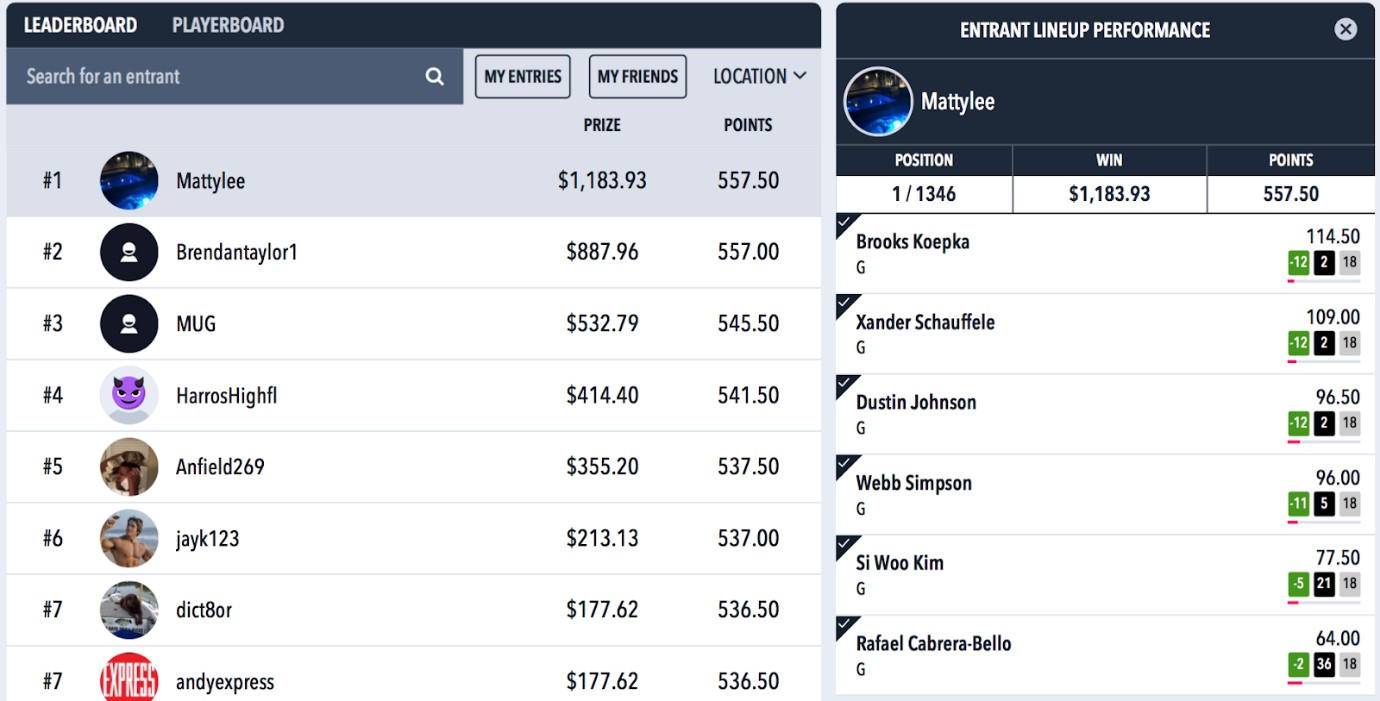 The regular Saturday and Sunday AFL tournaments were held with the AFL $40,000+ Saturday contest being won a two way tie between reichd1 and 15th ranked DFR member Rwhelan09 who split the top prizes to take home $4,070.75 each. 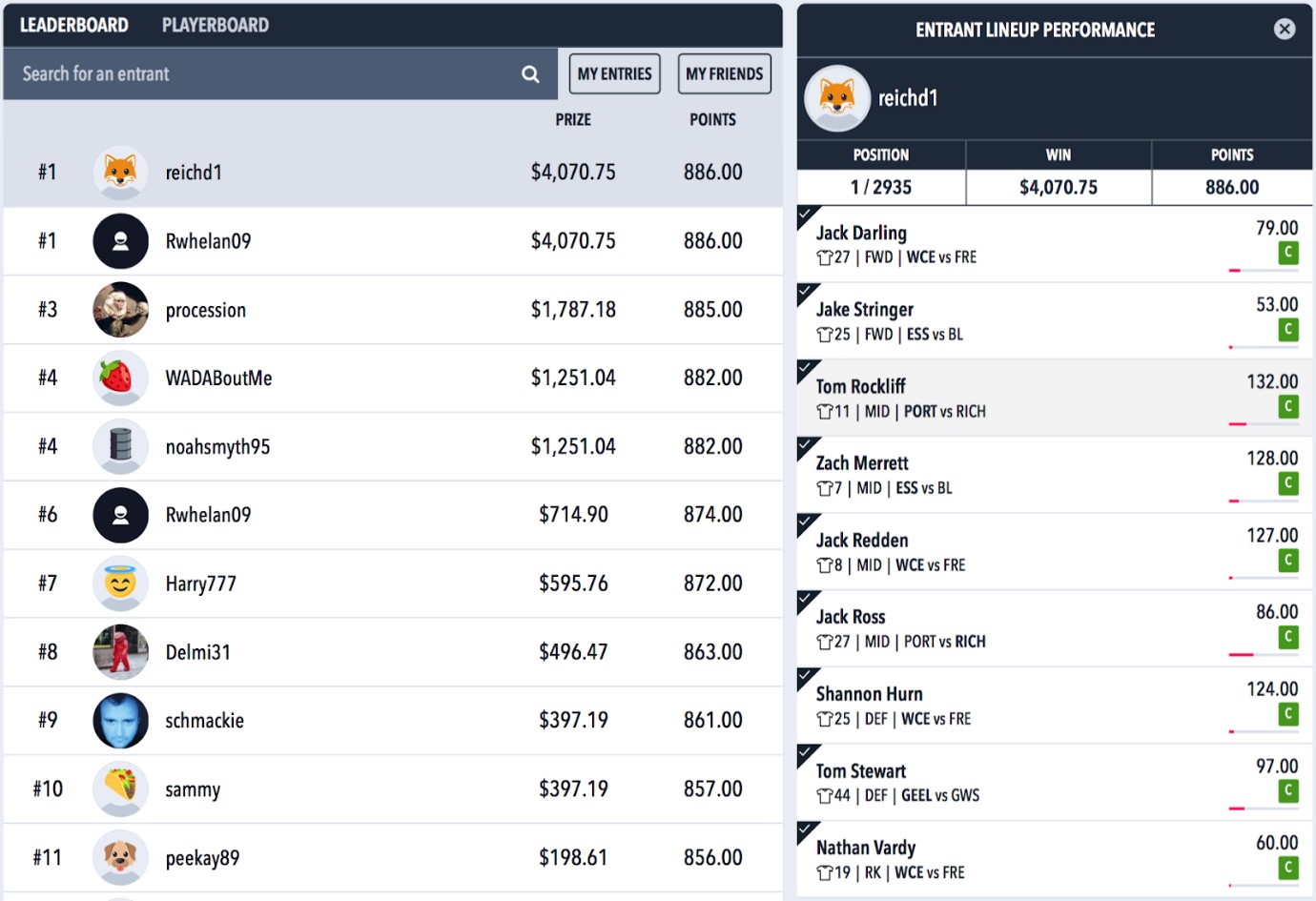 For the AFL $40,000+ Sunday contest it was Davidian who finished first falling 1 point show of the magical 1,000 point mark to take home $5,162.88. While the fourth ranked DFR member Broady4_ was also prolific on the leaderboard with 4 teams in the top ten to collect over $5,343. 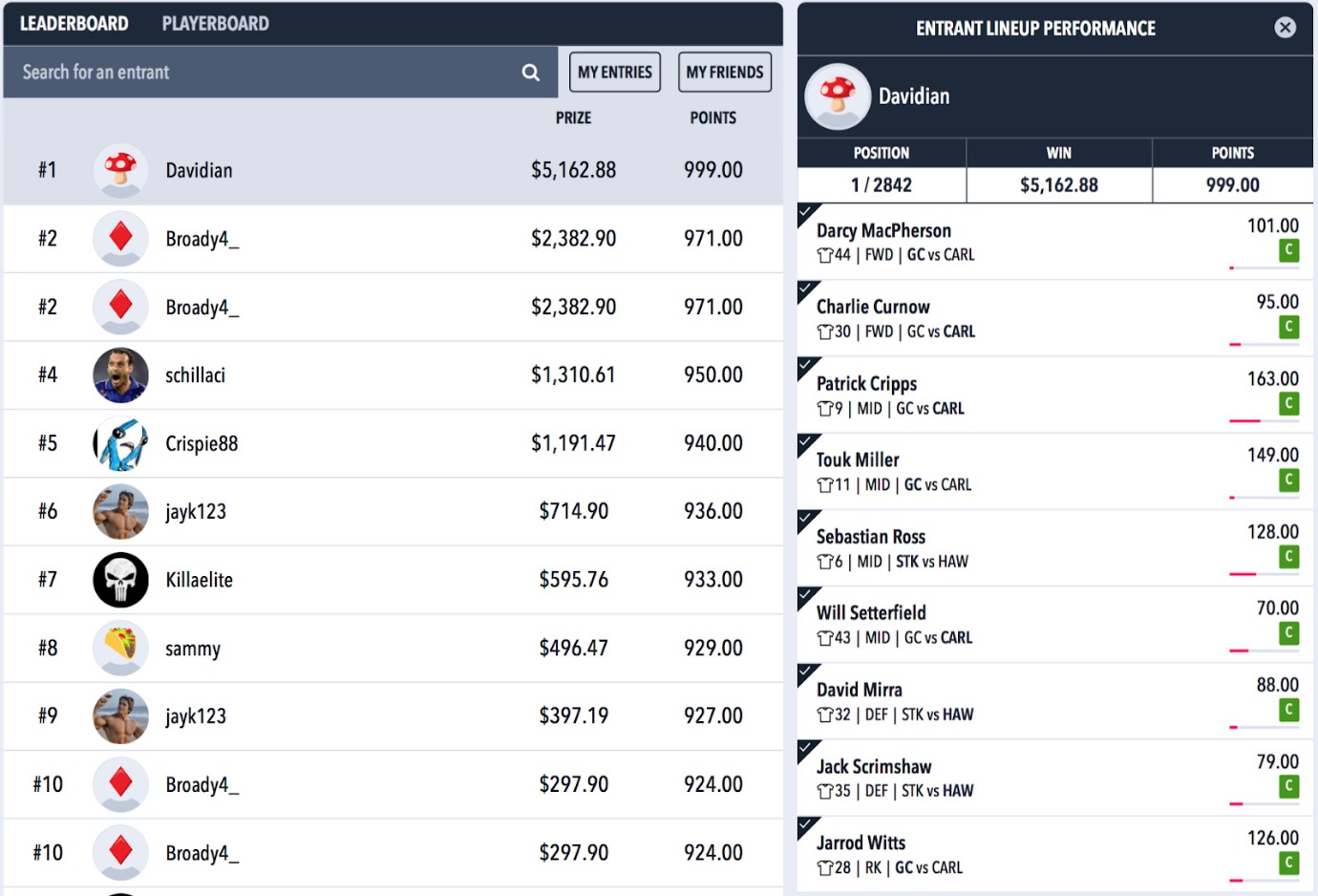 Moneyball also had several golf offerings available for the Masters, headlined by their PGA $6,210 Masters Special tournament. Inspire82 dominated the contest finishing first and second to win a total of $1,225.