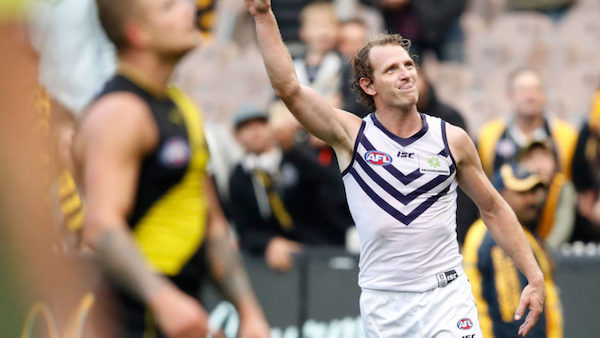 As the curtains close on another weekend of Australian sport and racing, we take a brief look back on the round that was before casting our sites to next weekend. Check out our wrap up of all of the major DFS tournaments  at TopBetta, Draftstars, Moneyball and SportChamps over the May 12-14 weekend here.

The weekend’s major tournament at TopBetta saw 42 entrants competing for $8,500 in the weekly Saturday Metro Mayhem racing tournament. Tezcotton came out victorious after tourning his 5,000 BettaBucks into an impressive 90,000. His day was highlighted by a 10k bet on Tsaritsyn to place in the last at Morphettville, which collected him a tidy 48k and ultimately the win. Tezcotton picked up $3,145 in the win. 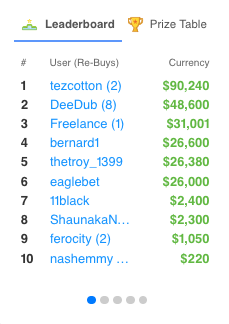 Draftstars once again offered the biggest prize pools for the weekend with their weekly Saturday and Sunday $15 entry tournaments racking up prize pools of $30k guaranteed.

The Saturday tournament amassed 2,223 entrants all hunting the top prize of $6,000. The days play was highlighted by the fantasy beast matchup as Tom Mitchell and Tom Rockliff went toe to toe down in Tasmania. Both players scored over 130 while the Giants Josh Kelly was the player of the tournament with a ridiculous 162.

dver took out the main prize as his team scored a very impressive 937 points while dlockley and Barbs013 collected the minor placings, both over $2,000. 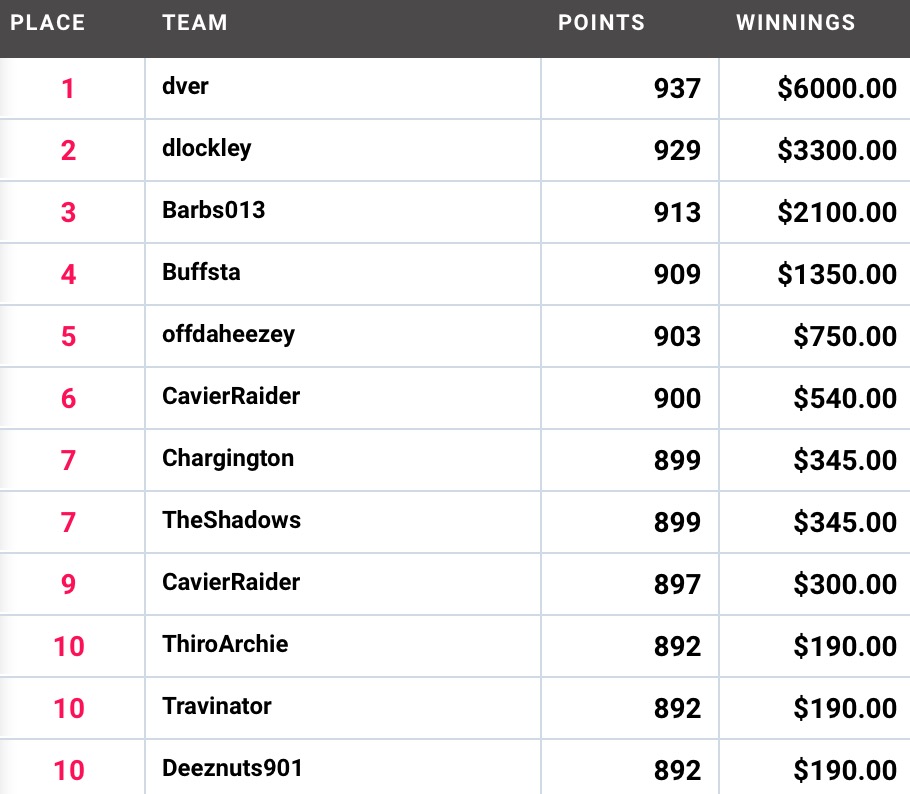 The Sunday tournament saw 1,980 people also playing for the top prize of $6,000. Travis Boak shined in China as the Power downed the Suns and the skipper amassed 153 points.

DFR members procession and jayk123 took out 2nd and 6th place respectively, but it was fatcats69 who collected the major prize with his team that scored 950 points. Another side note was that of Womblecopter, with his 5th place and $750 in winnings taking over the $20k winnings mark with Draftstars alone. 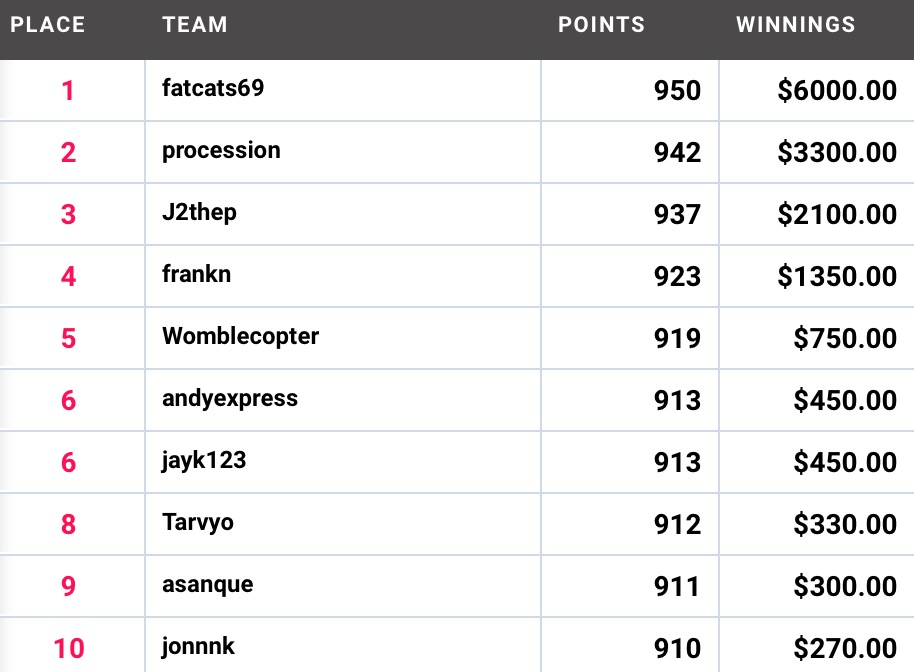 The main tournament at SportChamps over the weekend was once again their Saturday racing tournament which saw 43 entrants competing for the total prize pool of $2,575.

Jarh17 took out the major prize of $535 with his mammoth total of 110,976 chips while Lovelyjubly420 and Dearza collected the minor placings, both over $200 each. 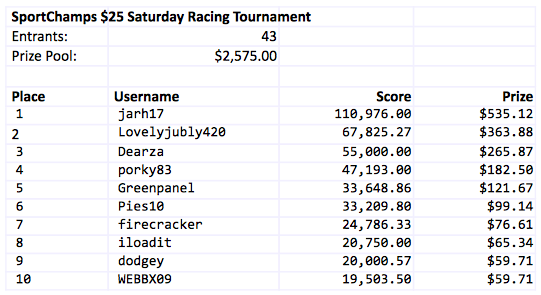 Friday Night Footy was the most popular event at Moneyball over the weekend with 633 contestants taking part in the single game tournament involving the Eagles and Bulldogs. In a low scoring game, Andrew Gaff was the standout performer, amassing 146 points while no other player scored over 112.

Rustang took out the main prize of $1,000 with his score of 825 while Mr Moist ad cottmaa picked up 2nd and 3rd respectively, both taking home over $300.