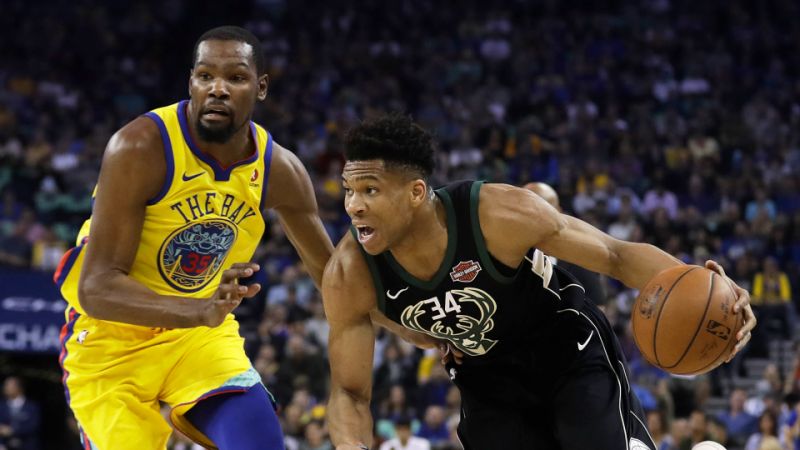 A wide range of sports were on offer for DFS players in Australia this weekend. Racing tournaments were going strong, while the NBA had its usual array of tournaments valued at up to $15K held across Draftstars and Moneyball.

SportChamps was again loaded with racing tournaments to choose from over the weekend headlined by the Saturday Metro Tournaments with the rebuy contest prize pool at over $7,000, and the no rebuys at over $5,000. 2kol4skol took home first place and $1,545 in the rebuy tournament, while in the no rebuys tournament it was BaldwahnD174 who finished at the top of the leader board winning $1,049.

TopBetta held racing contests throughout the weekend headlined as usual by their Saturday Metro Gallops events featuring the $2K and $1K contests. The $2K contest was won for the second week in a row by eddie55 who collected $1,500, while the 14th ranked DFR member deatac finished second to win $600, and 25th ranked member foley1 rounded out the podium in third. In the $1K competition it was wally82 who got first place and $531. 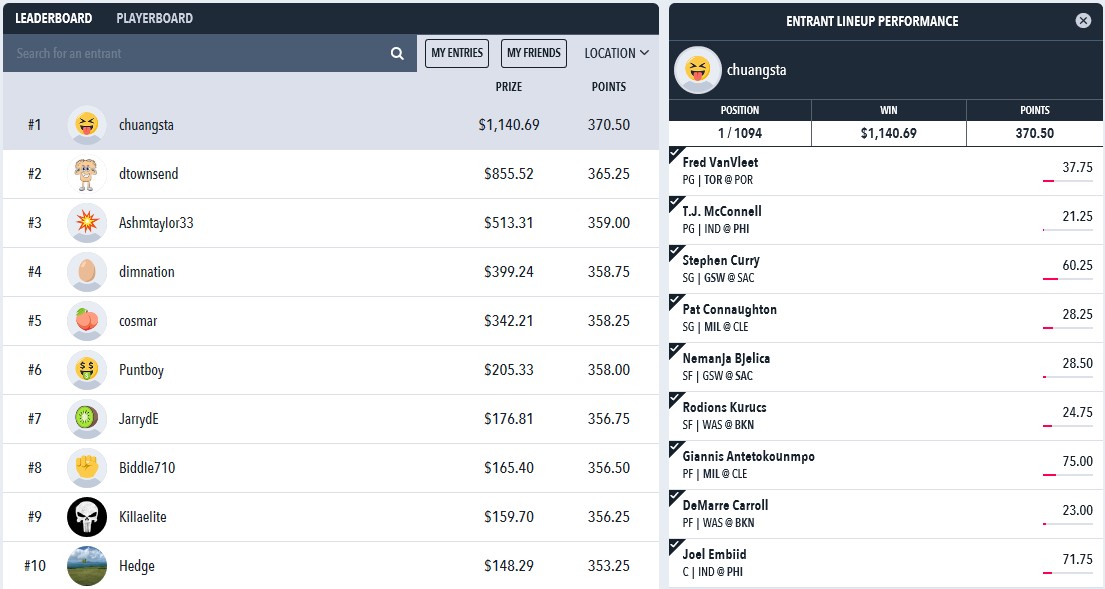 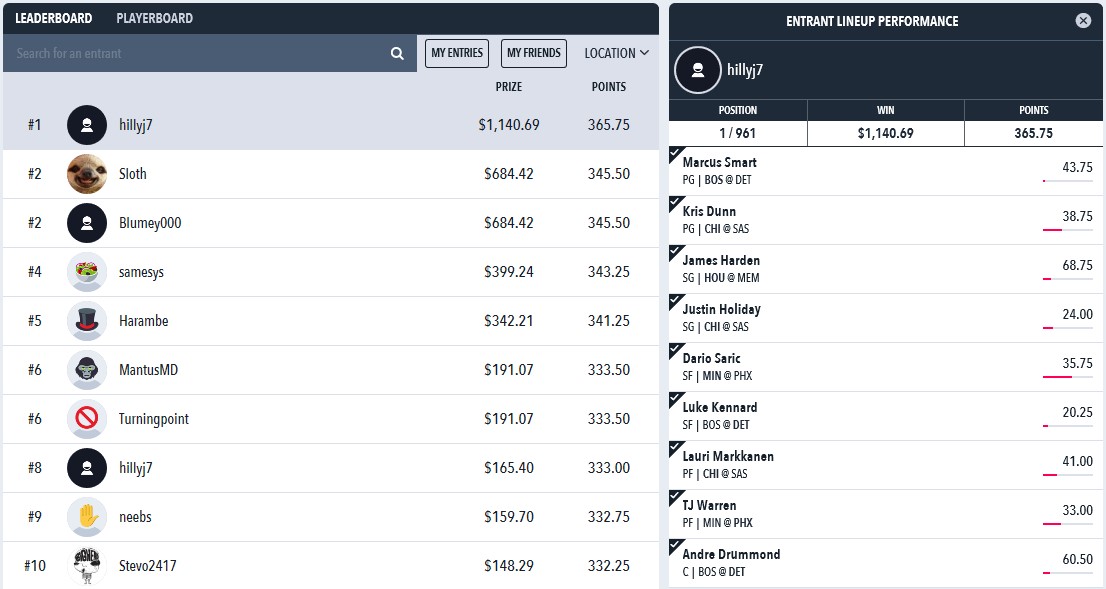 Draftstars also held several soccer competitions over the weekend. For the A-League there was a $2,000 contest for Western Sydney v Sydney on Saturday. Detroit_Dog took home the first place and $296, while 55th ranked DFR member Jim88888 featured in the top 10 with a 3rd and 8th place finish.

Sunday had their usual EPL $2000 main contest which was taken down agian by the soccer wizard and 57th ranked DFR member Anfield269. The 33rd DFR ranked member Mattylee also had a great day finishing 4th with 3 teams to pocket $360. 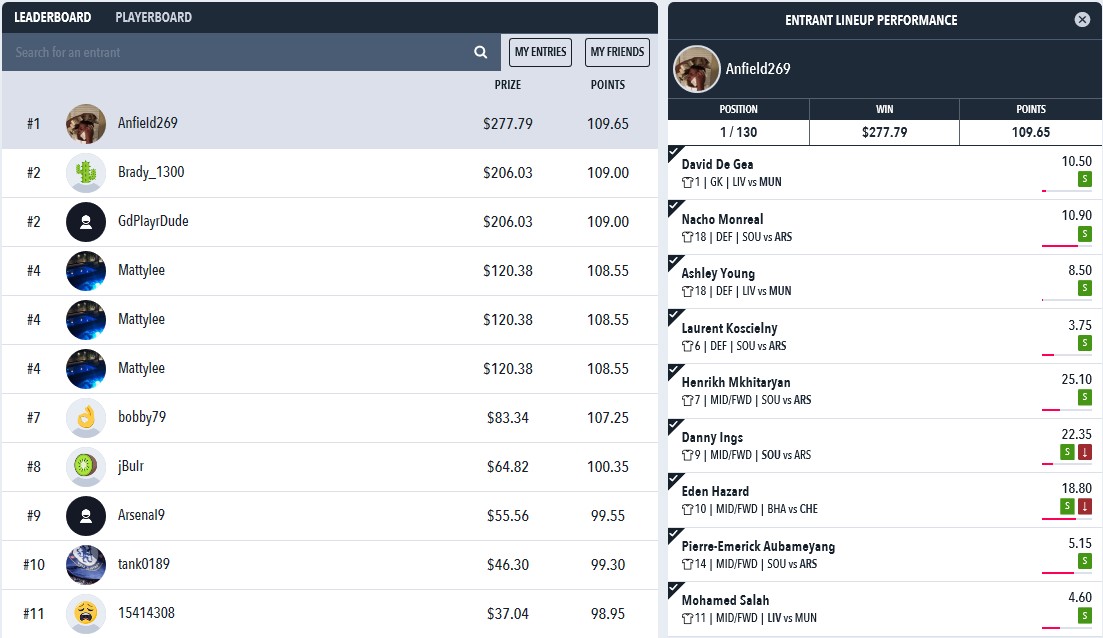 Moneyball had two major NBA GPP’s on Saturday and Sunday with $8K and $7K prize pools respectively. Saturday’s was won by Harro1980 for the second week running who dropped 383.4 points and took home the $1,050 first place dividend. Our 60th ranked member hillyj7 was doing work over at MoneyBall as well to finish in 6th place.

Sunday was taken down by Sepaben who collected $925 for first place holding off Crexx who finished 2nd and 3rd for a total of $690.