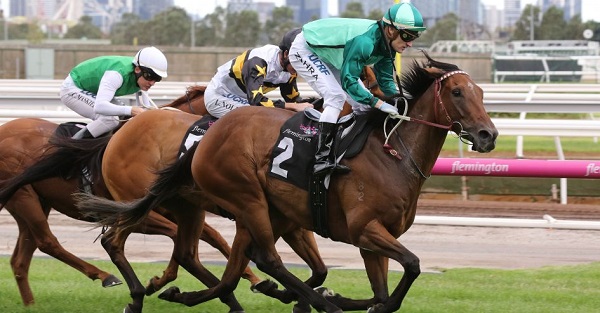 What a great week in the world of daily fantasy and tournament betting in Australia. Some monster prize pools were seen around the country throughout the last week involving the NRL, NBA and Horse Racing. With the AFL season set to kick off this week, the DFS scene in Australia is about to head into it’s busiest time of year. We break down some of the key tournaments form the past week below.

The TopBetta Saturday Metro Mayhem centred around a great day of racing at the Rosehill, Flemington, Morphettville and Gold Coast race meets. High ranked DFR member ‘Deatac’ was still riding high after a monster weekend last week and backed it up with a solid second place finish in the Metro Mayhem.

However, it was TopBetta regular Harry007 who finished on top of the leader board after turning his $5,000 starting balance into a whopping $138,000 by the end of the day, with no rebuys! Harry007 placed 22 bets for the day while maintaining a 59% win ratio and collecting some big wins including a fantastic $19k win on $9.61 pop Daysee Doom in the Coolmore Classic.

While last weekend at SportChamps was dominated by Deatac, it was another top ranked DFR member who took the chocolates this weekend as ‘rexel9’ cleaned up both the $50 Friday night racing tournament and the $100 Saturday thoroughbred tournament!

The Saturday competition was particularly exciting for rexel9 as he was sitting in fourth place heading into the last race of the day. He decided to go all in on the favourite (Despatch) in Race 9 at Morphettville and the win helped him come up trumps over another SportChamps regular in Grog.

Rexel9 picked up almost $2,500 combined over the two tournaments to edge closer to the coveted $500,000 lifetime winnings mark.

The NRL season continued this weekend and Draftstars offered some great prize pools for Round 2, the biggest of which was the Thursday night $15,000 tournament for the Sharks vs Dragons game! Tyson Frizell was a standout performer for the Dragons, racking up a whopping 66.70 points and helping ‘PittyPower’ accumulate a great score of 407.25 points.

PittyPower might have taken out the top prize of $1,875 but the day was arguably dominated by the pair of Draftstars regulars in ‘Knova’ and ‘lion4life’ who combined for 23 teams inside the top 50! 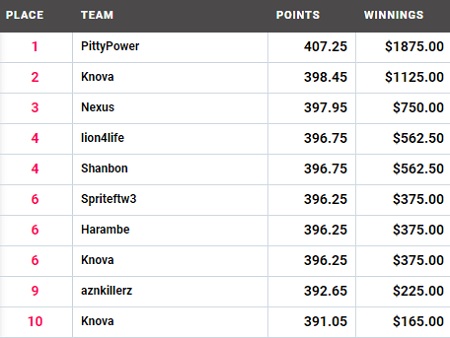 The NBA continues to be a popular option at Draftstars, and last Wednesday’s $15 entry tournament was no exception. 830 teams were entered in the tournament, resulting in a great $12,500 prize pool. As he so often is, LeBron James was the king on the day, scoring a massive 71 points and helping ‘TBR123’ to a winning score of 354.50 points. 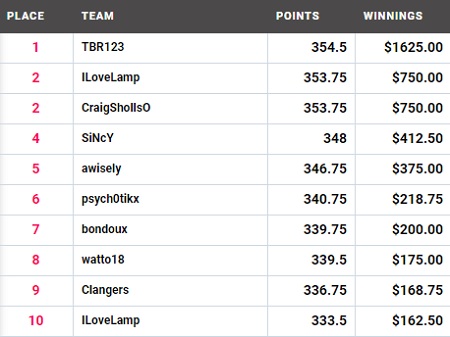