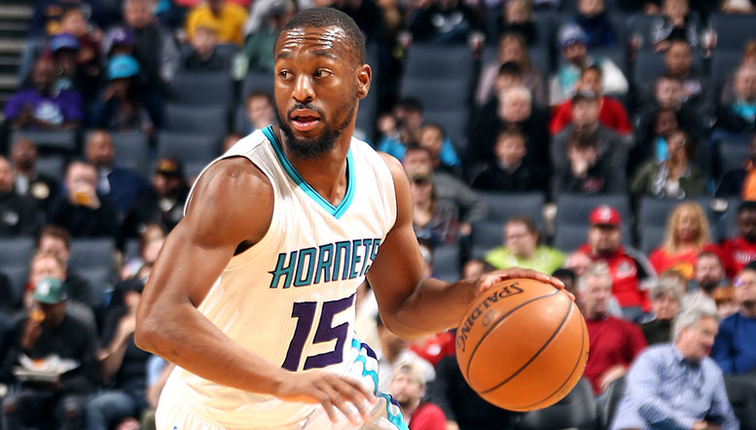 Another weekend of DFS is in the books with plenty of major tournaments being held across all platforms and sports.  Racing again featured prominently with prize pools exceeding the $10k mark, while NBA and T20 cricket contests headlined the sporting tournaments.

Once again SportChamps led the way in horse racing tournaments on the weekend and they had three contests go over $10,000 in prizes. The Saturday Metro tournament was taken out by mattypunts12 who cleaned up $2,060 for his win. The Saturday No Rebuy tournament impressively generated $11,650 in the prize pool and was won by ukatan, taking home $2,167 for his insightful play. The action on Sunday was also especially encouraging with the $4k guarantee tournament reaching over $10,000 in the prize pool from 111 entries and it was SportChamps regular lewster who took top place and put $2,040 in his pocket.

TopBetta held racing contests throughout the weekend headlined by their $2K and $1K Satruday Metro Gallops events. The $2K contest was won by Deatac who is currently ranked 13th on Daily Fantasy Rankings and netted himself $1,200 for first place. He also finished second in the $1K event finishing behind the 27th ranked roushad who pocketed $770 for the win.

Draftstars premier tournament on the weekend were its $15K NBA Saturday and Sunday competitions. Milanos1987 dominated the Saturday tournament finishing 1st, 2nd and 5th riding Jaren Jackson Jr. and Spencer Dinwiddie’s huge scores to take down over $2,300 in total prizes.

Meanwhile on Sunday the top 5 was more evenly spread with gahroo collecting the first place price of $1,140.69 off the back of Kemba Walker’s monster 60 real point night. 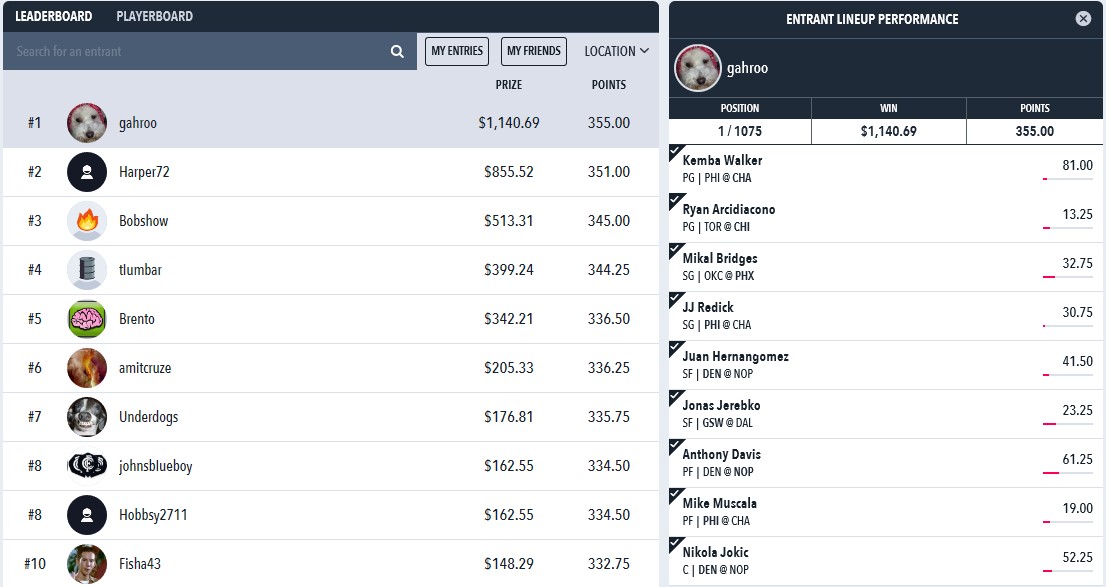 Draftstars also held a $7.5K tournament for the T20 match between Australia and South Africa on Saturday. Clayton23 took first and second place behind Glenn Maxwell’s massive 113 point performance to win over $1,400 in prize money. With dlockley and 54th ranked DFR member donkey also finishing in the top 5.

Moneyball also had two major NBA GPP’s on Saturday and Sunday with $8K prize pools on offer. Saturday’s was won by Mcedar24 who took home $1,050.

Sunday was taken down by Waltchamberlain who collected $1,100 for first place, while 41st ranked DFR member TITEEL finished second.

Congrats to all of this weekends winners and remember DFS doesn't rest on weekdays with contests running across the platforms every day!