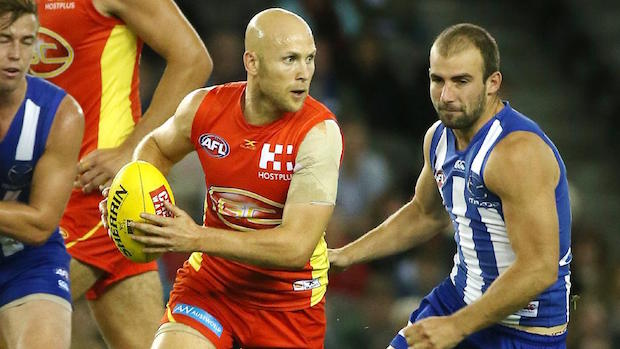 Another weekend of Australian sport and racing in the books saw Round 6 of the AFL played and produce some interesting results with underdogs in St. Kilda, Carlton and Collingwood all getting up. However, it was the player performances we were interested in with another round of big prize pools on offer at DFS sites across Australia including DraftStars and Moneyball.

On the racing front, Hawkesbury and Caulfield both hosted race meets on Saturday and were both featured in the major tournaments at SportChamps and TopBetta. We review all of the weekend's action below.

The major tourney of the TopBetta weekend saw a prize pool of $11,400 on offer in the $110 Saturday Metro Mayhem Racing Tournament.

Freelance hit on his 4th bullet of the tournament with an all-in bet on Fabrizio to win the Hawkesbury Gold cup and backed it up shortly after with another win on Waging War to win the Chaiman’s Stakes at Morphetville. From there it was smooth sailing for Freelance while the others played catchup.

Glenkelly picked up 2nd place and a tidy $2,565 to go along with it while ivan20 and nashemmy were the other players to collect over $1000. 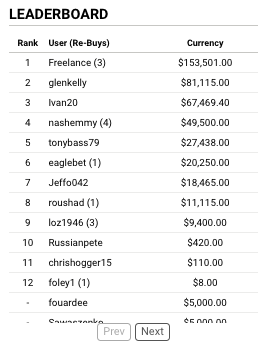 Once again, DraftStars offered up the largest incentives of the weekend with the weekly Saturday competition topping $28,000 in prize pools and the Sunday going for a whopping $58,000.

kshayne beat our over 2,100 other contestants and picked up the main prize in the Saturday event with a team that inevitably featured Gary Ablett. The little master wound back the clock with a 45 disposal game, notching up 162 fantasy points in the process.

DFR member invinciBell and Sashc collected the minor placings, both handy wins at over $2k. 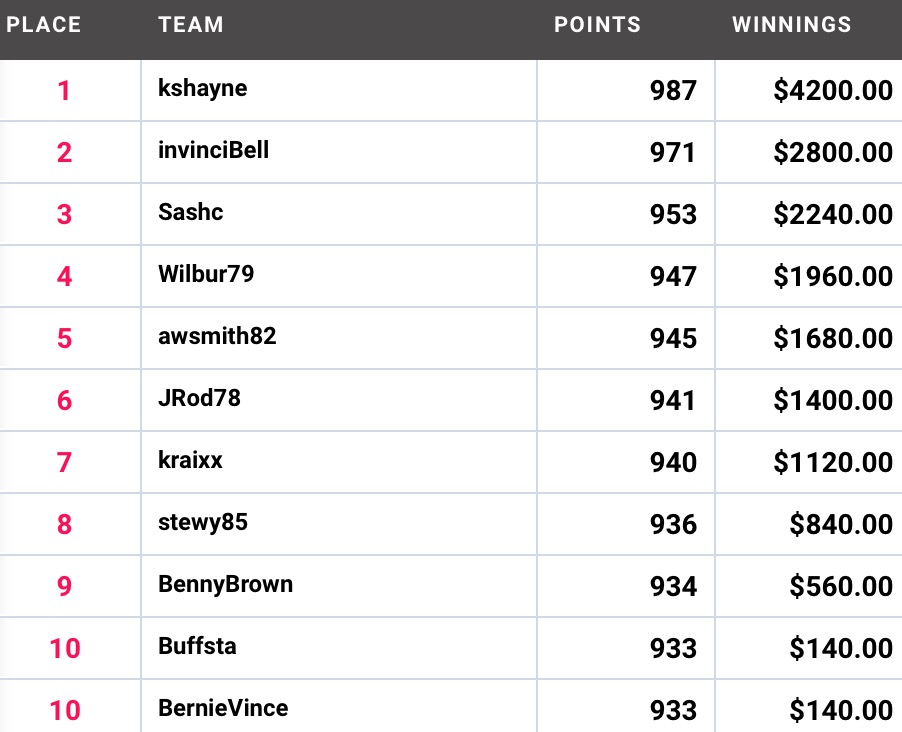 The Sunday competition saw a massive $58,000 on offer with the standard $10k guaranteed to the winner from over 2,800 entries. Adelaide ruckman Sam Jacobs would have been a winning point of difference for the guys at the top as he exploded for 158 fantasy points after racking up 26 disposals and a ridiculous 50 hitouts.

ILoveLamp collected the main prize after amassing 984 points to take home a cool $10k. It would have been an interesting sweat come the final minutes for ILoveLamp, who needed just another 6 points to clean up the $15k jackpot as well. ILoveLamp will be adding to his already impressive DFR score that has him fourth on the rankings leaderboard. 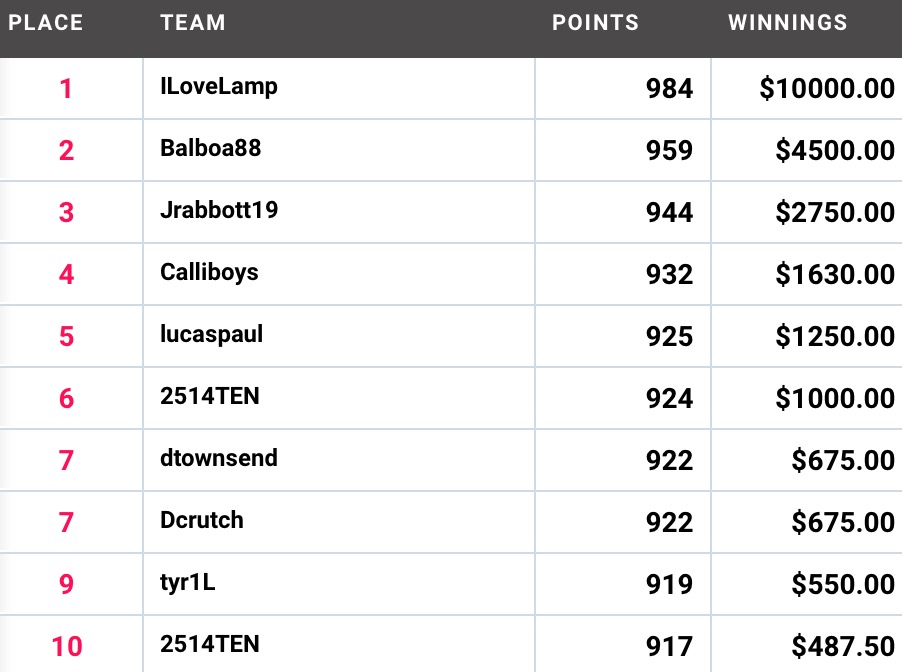 The weekly SportChamps racing tourney saw a $1,400 prize pool on offer to 30 contestants. Daily Fantasy Rankings member rexel9 added to his $283,000 in DFS winnings by collecting the major prize of $349.

It was a largely tough day for racing punters, with low targets to chase, but rexel9 rebought before hitting winners in the last two races of the day to take the victory. Chilli01, dodgey and chrissymonal all did enough to earn themselves over $100 in the minor placings. 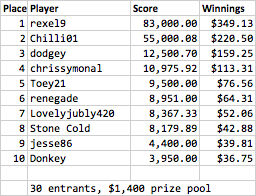 The biggest event of the weekend on Moneyball was once again their Friday Night Footy tourney. Single game tournaments are where the money is at when playing with Moneyball and the Friday night blockbuster between GWS and Western Bulldogs was no exception with over $10,000 on offer.

In a very even contest, the top scoring player on the ground amassed only 107 points, so finding the point of difference was crucial here. C.bartss took out the main prize, winning $1,300 while Magpie Machine and Moneyball regular Leather Poisoning took out the minor placings.