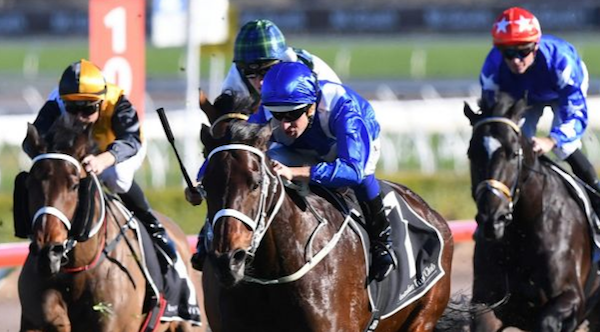 Another big weekend in Australian sports and racing saw Round 22 of the AFL play out in thrilling fashion as well as some big racing meets at Caulfield and Randwick which included an exciting return of Winx! We recap the action from the DFS and tournament betting competitions below.

The Saturday Metro Mayhem at TopBetta attracted 31 contestants this weekend as well as an extra 12 rebuys. After a massive day of racing at Randwick and Caulfield, ‘donttelltom’ ended the day on top of the leader board to collect a handy $2000.

donttelltom turned his 5,000 BettaBucks into a ridiculous 319,000 by the end of the day, highlighted by 127,000 bet on Gibraltar Girl in the 9th at Randwick. Some TopBetta regulars in footy99 and foley1 took out the minor placings. 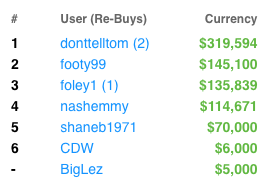 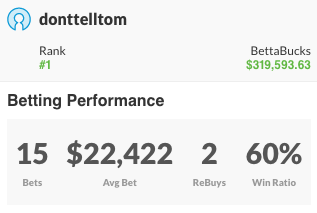 The Saturday $15 competition at Draftstars saw 2,402 hopefuls competing for a prize pool of over $31,000. fatcats69 had a stellar day, taking out first and second place and narrowly missed the 990 target with his first team that scored 977 points. DFR member procession collected 6th and 12th place to collect a little over $2,000. 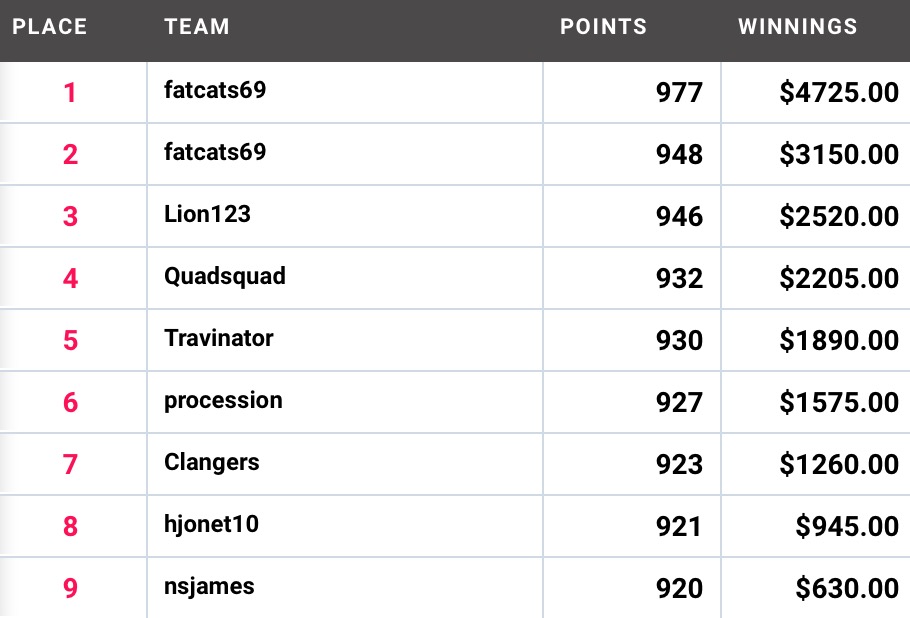 What was looking like being a pretty standard weekend at Draftstars turned extraordinary in the last half of the Fremantle vs Richmond game as a a few Tigers players starting racking up massive scores in the blowout.

Jayk123 and asanque had massive days and ended up both clearing the 1000-point mark to collect first and second in the Sunday $15 as well as chop the 990 target competition for a whopping $17,000 each. DFR Member dtownsend finished in 6th place. 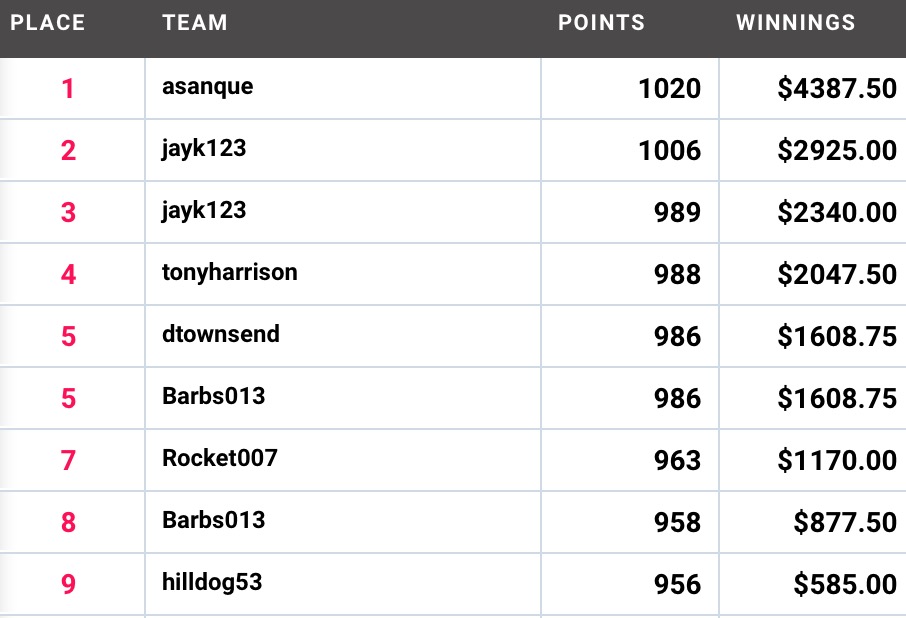 The Moneyball Friday night competition continued to surpass the $5,000 guaranteed mark, this time attracting 482 members to push the prize pool to $6,250. DFR member myfootyboots took out the major prize of $825 as his team of Adelaide and Sydney players racked up 813 points.

laminedor, as we have come to expect by now, was once again in the top 10 as well as DFR member hawker.