Another weekend of major DFS tournaments is in the books with a usual array of racing, NBA and Big Bash contests held across all the major Australian DFS platforms.

SportChamps continued to crank out racing tournaments all weekend headline by their Saturday Metro Tournaments. The $50 Rebuy contest with a prize pool of over $6K was taken down by ESDE17 who won a first place dividend of $1,329.10. The No Rebuy competition was won by Wad4ddd netting $1,025.94.

TopBetta held racing contests throughout the weekend across all codes, headlined as usual by their Saturday Metro Gallops events featuring the $2K and $1K contests. The $2K contest was taken down by the 113th ranked DFR member, bitemenow, who collected $1,590. The $1K competition was won by Macgoman8 taking home the $720 first place prize.

We continue to edge closer and closer to the BBL grand final, which means all eyes in the DFS community are looking towards the first ever DFS live final in Australia hosted by Draftstars. As the season continues there are major contests held daily for each match.

This past weekend saw a BBL $12,000 Renegades v Stars competition held on Saturday. Spud101 put on a performance for the ages, entering the same team 11 times and occupying the entire leaderboard from 1st to 11th to collect a whopping $3,891.36. 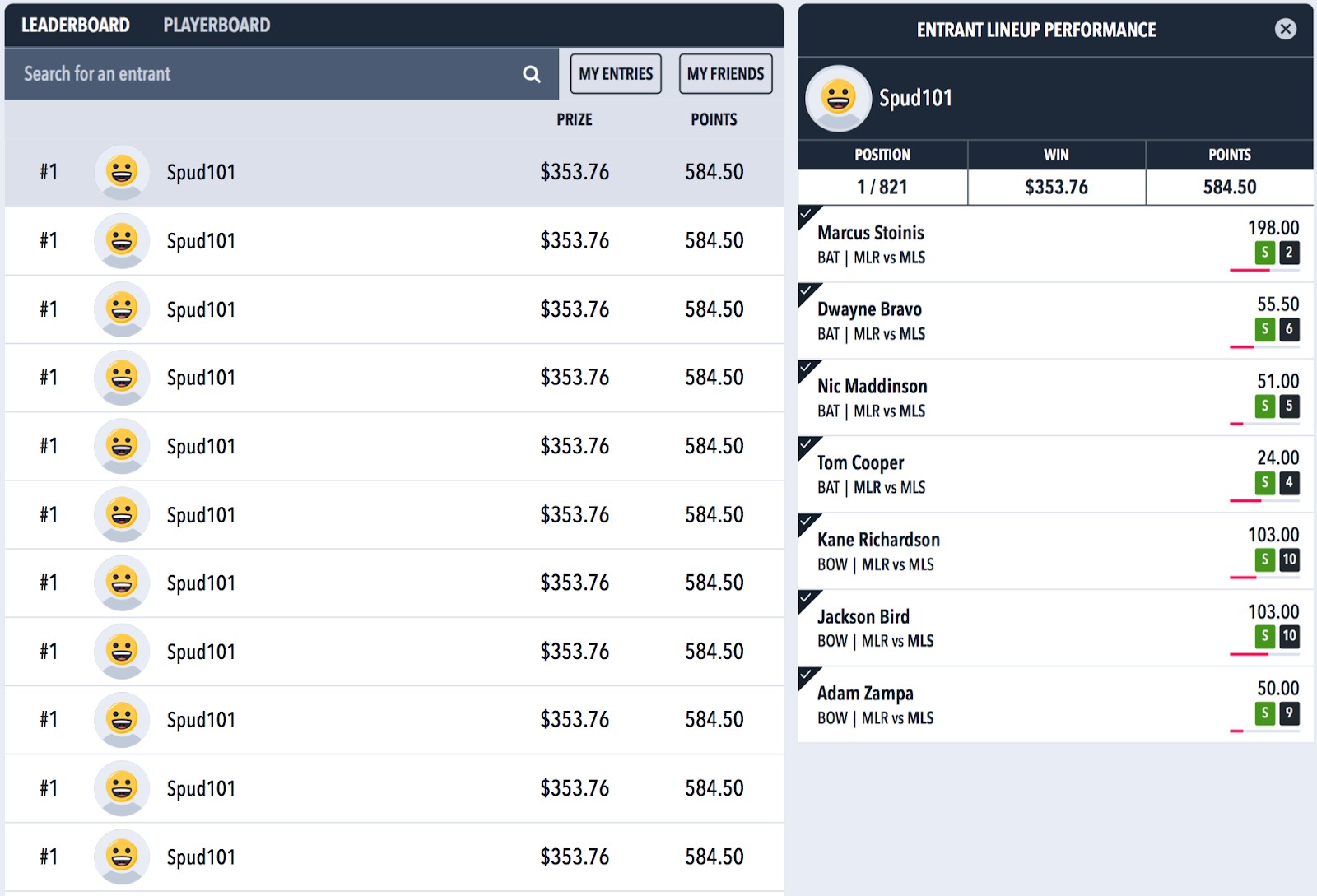 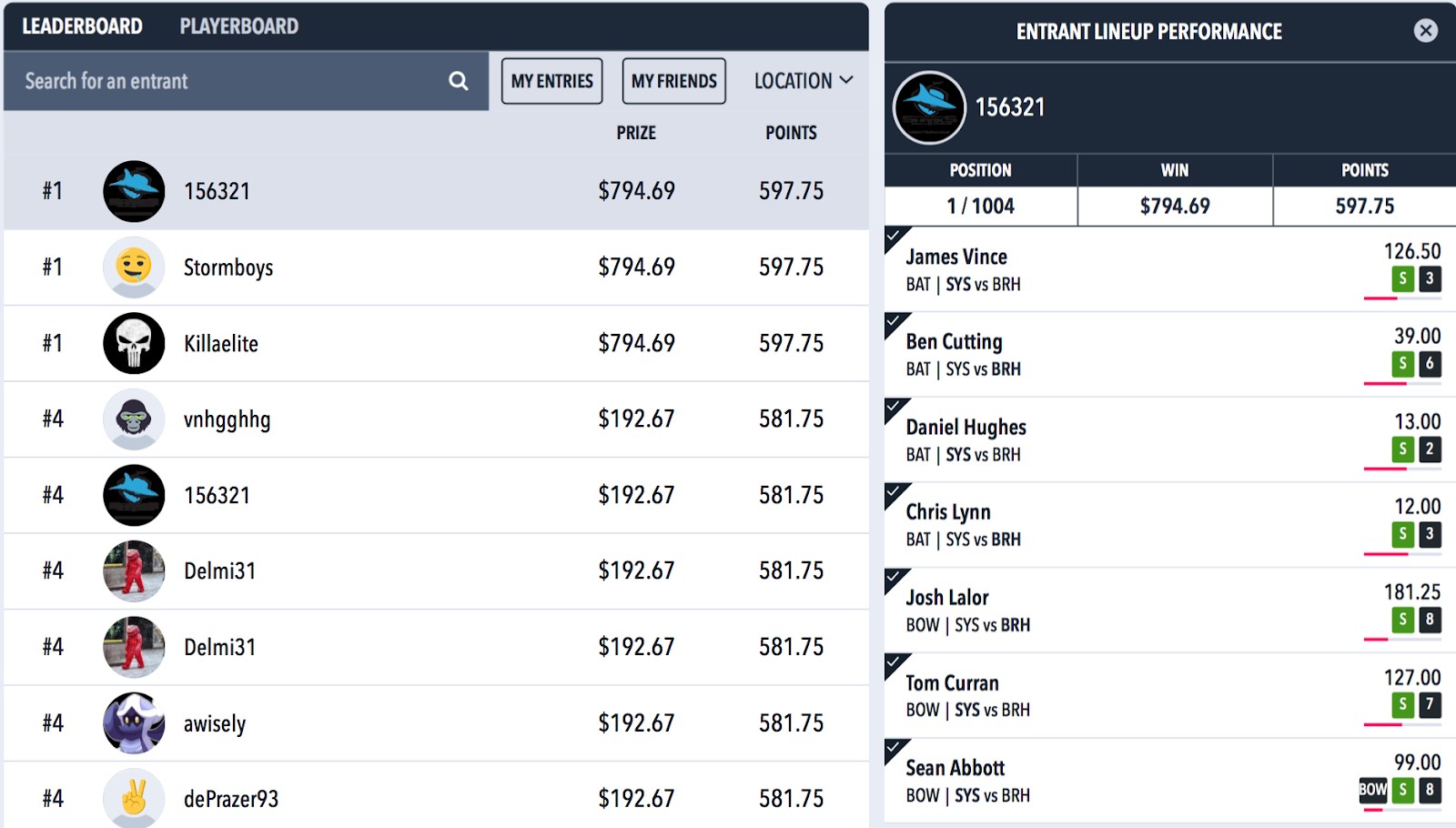 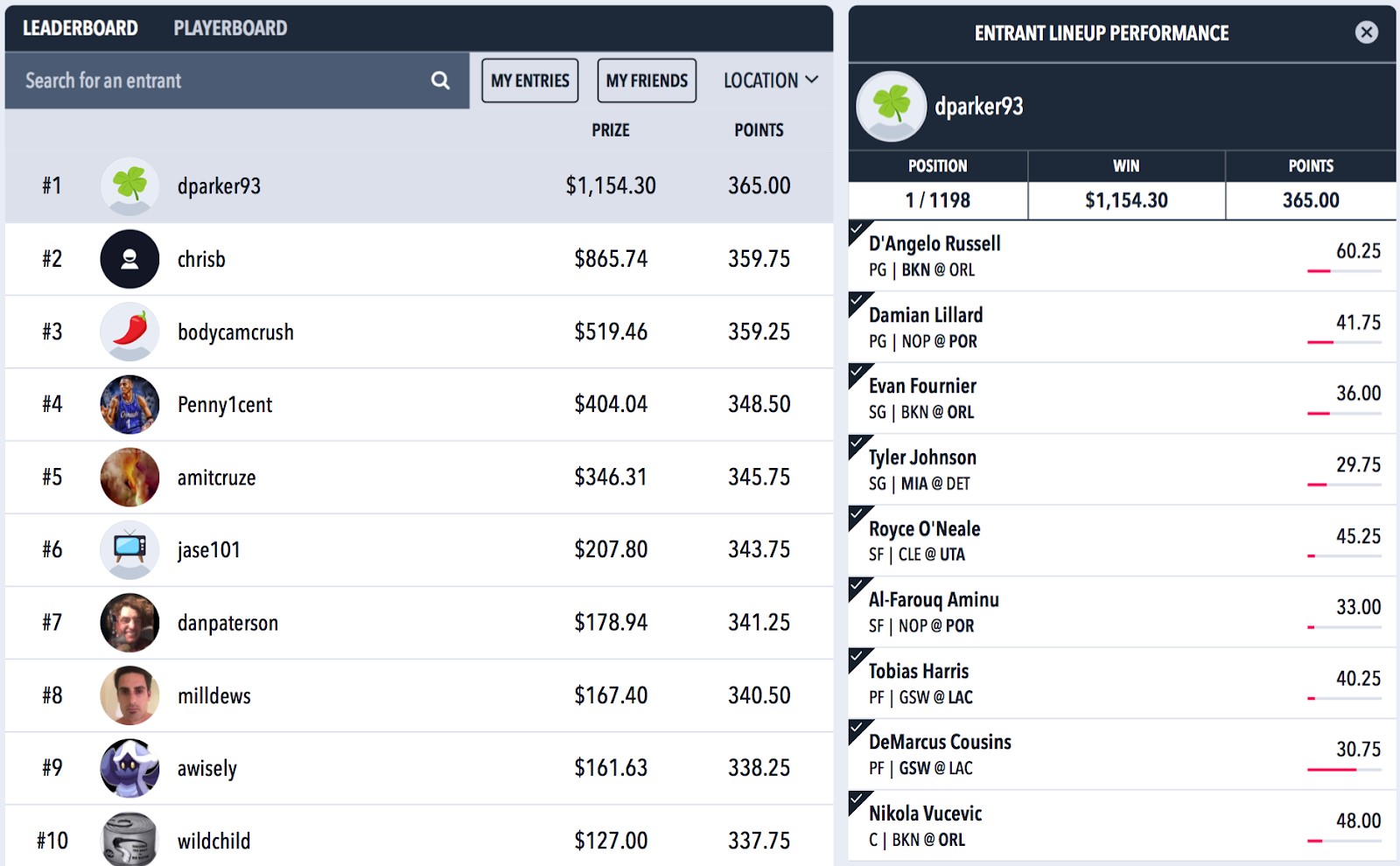 Sunday was a relatively low scoring affair with BarkingGecko finishing in first place to take out the $1,140.69 prize behind Buddy Hield’s 57 fantasy points at 12% ownership. 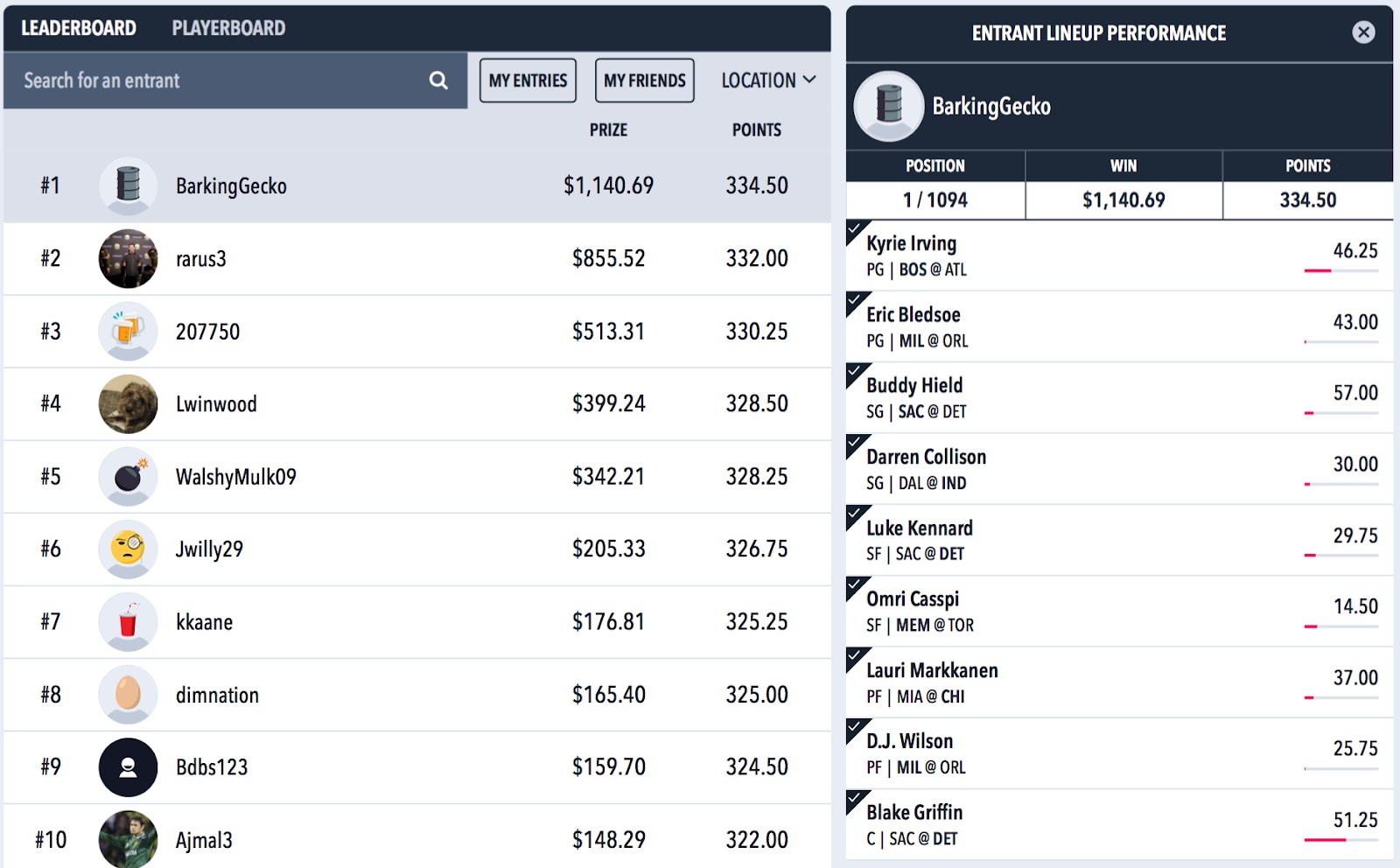 Moneyball had two major NBA GPP’s on Saturday and Sunday with $6K prize pool.. Saturday’s was won by Braulty who took home the $800 first place dividend.