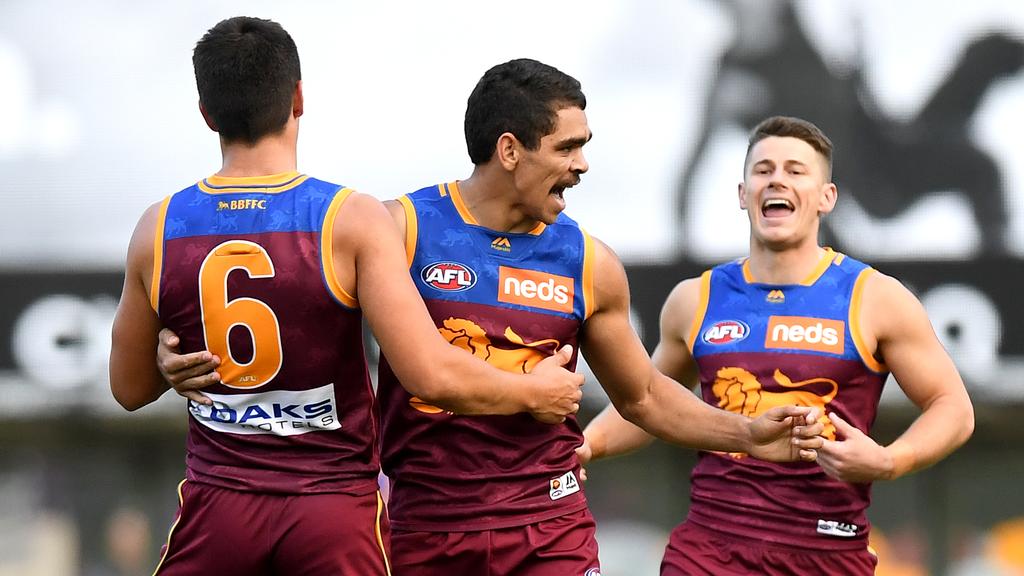 A great weekend of sport saw Round 9 of the AFL come and go, Sydney FC become champions of the A-League, Brooks Koepka win the PGA Championship, and a whole host of great racing including Group 1s at Doomben and Morphettville. As always, we take a look at all the best DFS wins from the weekend here!

Moneyball went huge on the weekend with over $175K in prize money won over a whole host of contests. Their first of many monster contests was on Friday night with their AFL $50,000 WCE vs Melbourne Special. All the hype around the increases prize pools at Moneyball certainly worked with 3,500 people putting their knowledge to the test in hope of winning the huge $6,500 first place prize! It was a tight contest to say the least, but 2 15 33 took home the chocolates with a score of 829. Second place and $2,700 went to Phenke, third place and $1,600 was awarded to cottmaa, while $1,000 was awarded to both hpotter and hoops13 for their efforts.

Moneyball kept the big contests rolling on Saturday with another $50K up for grabs in their AFL $50,000 Saturday Special. It was another well supported contest with just shy of 3,000 entries in the hunt, but the best of the bunch went to Parasite who finished on top with a score of 869 and won the $6,000 first place prize. It was also another really strong performance from Laminedor (AKA Jayk123), who finished with six entries inside the top 10 for a huge $5,000 collect. Rwhelan09 was the other strong player here, claiming third and seventh for $2,200!

The third huge contest that Moneyball were home to on the weekend was their AFL $40,000 Sunday Special, which attracted over 2,500 entries. There were some familiar faces topping the leaderboard once again in what turned out to be a sensational weekend for DFR members. Laminedor (Jayk123) lit up the leaderboard with ANOTHER six places inside the top 10 for a collect of around $4,000! The best of the bunch was cottmaa however, who topped off a magical weekend with first and second place here for $7,400!

Draftstars also put up their usual huge contests over the weekend with over $150K up for AFL Round 9. Their most popular contest turned out to be the Friday night fixture where 3,333 people entered their AFL $50,000+ Eagles v Demons. There was just shy of $5,000 on offer for first place, which ended up going to BHorse in a great effort to score 888 points! He finished six points clear of stossa619 who collected $3,700, while Andrian took home over $2,200 for third! 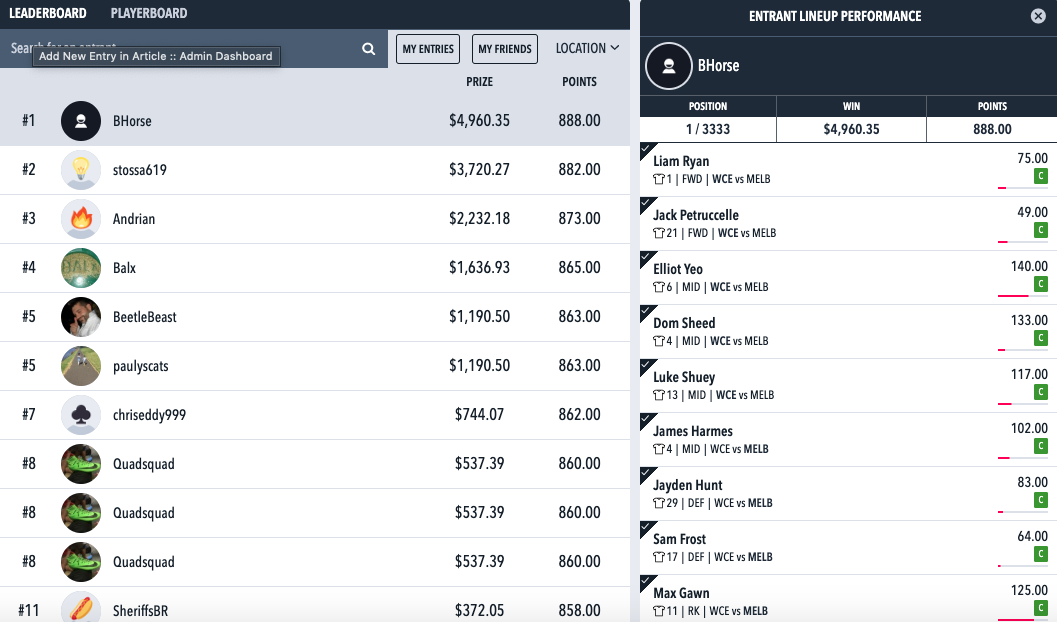 SportChamps held plenty of fantastic tournaments for the racing over the weekend, but none were bigger than their Racing $50 Sunday Horses Only (1 REBUY). 71 players tried their luck in hope of taking home over $1,200 for first, but none were better than Cryptoprofit who made some clutch plays down the stretch to finish ahead of the field. Second place and $810 went to Clacker, while third place and just shy of $600 was awarded to Jjankowski.

TopBetta are another great provider of racing tournaments each and every weekend and this time was no exception. They held their usual $2k and $1k Saturday Metro Gallops which are always popular with punters. The $2k contest had 13 players enter and was won by jonathanlu for a $1,350 collect, while the $1k contest had 16 entrants and was won by Deatac for $600 prize money.