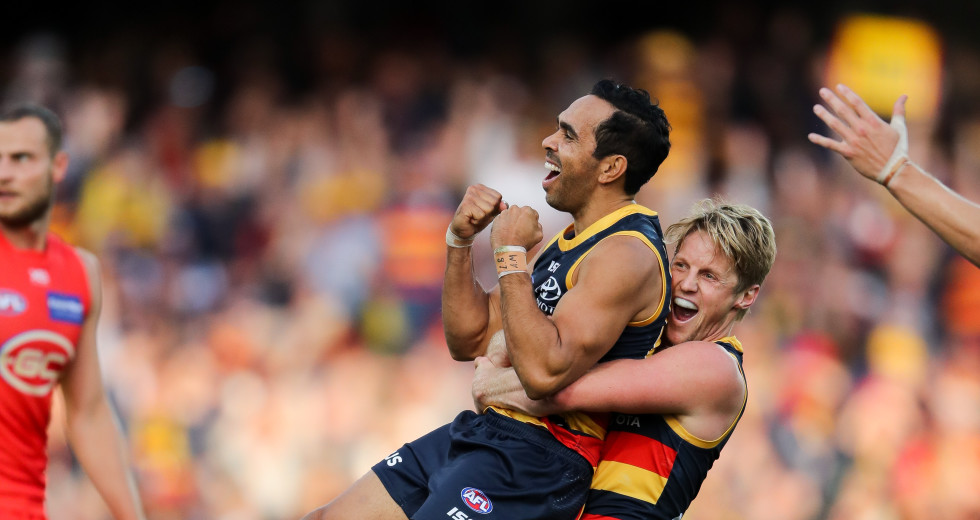 There were plenty of massive DFS contests over the Easter weekend with some of our very own members cleaning up the prizes! Here, we take a look at some of the big winners from the weekend and who’s making moves in the DFR leaderboards.

SportChamps had a smorgasbord of racing tournaments over the long weekend, headlined by the Racing $50 Sunday All Codes. It ended up having a huge pot of $5,750 thanks to 74 entries and one rebuy permitted. The top 15 players would all double their money but only one would 10x their outlay and that was chocco18, who beat all comers to collect the top prize of $1,282.97 .Second and $855 went to rjroberts77, while third place and $616was awarded to bluebug.

TopBetta held their usual racing contests throughout the weekend headlined by their Saturday Metro Gallops events featuring the $2K and $1K contests. The $2K contest was won by Ivan20 who took home the first place prize of $1,770. The $1K contest was once again won by Harry007 who won the $600 for the second consecutive weekend!

Draftstars was dominated by the AFL over the Easter weekend with so many huge contests for DFS players to indulge in. First up was the Thursday night AFL $40,000+ Lions v Magpies contest, which was dominated by our very own Procession who finished in first and second place to collect a combined $8,141! He used his knowledge and DFR AFL Resources to formulate a team that bagged him the win and helped him storm back into DFR's top 10 all-time leaderboard. The other podium finisher was Crispie88 who took home over $1,700, while Allrounders was the other four-figure collector ($1,310). 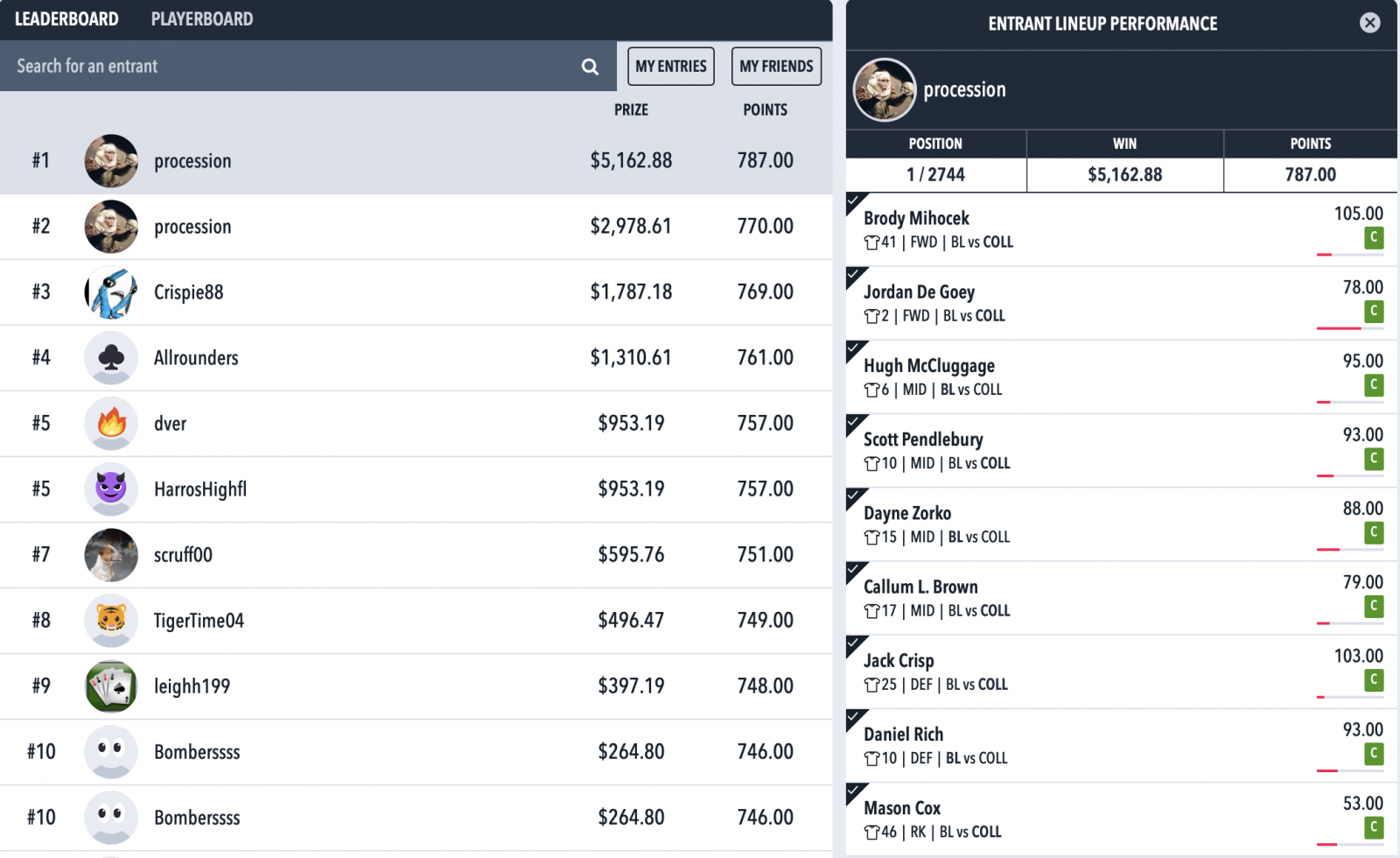 The AFL $40,000+ Saturday at Draftstars is always a hotly fought contest and Easter weekend was no exception. Over 3,000 people put their knowledge to the test in what would turn out to be a high-scoring contest. Leading the way and coming home with over $5,000 was MattressMagi who put up 950 points thanks to big scores from lower-priced players in Harry Cunningham and Marty Hore. Second place went and just under $3,000 went to JenJen, while third and $1,787 was awarded to Moi Moi. 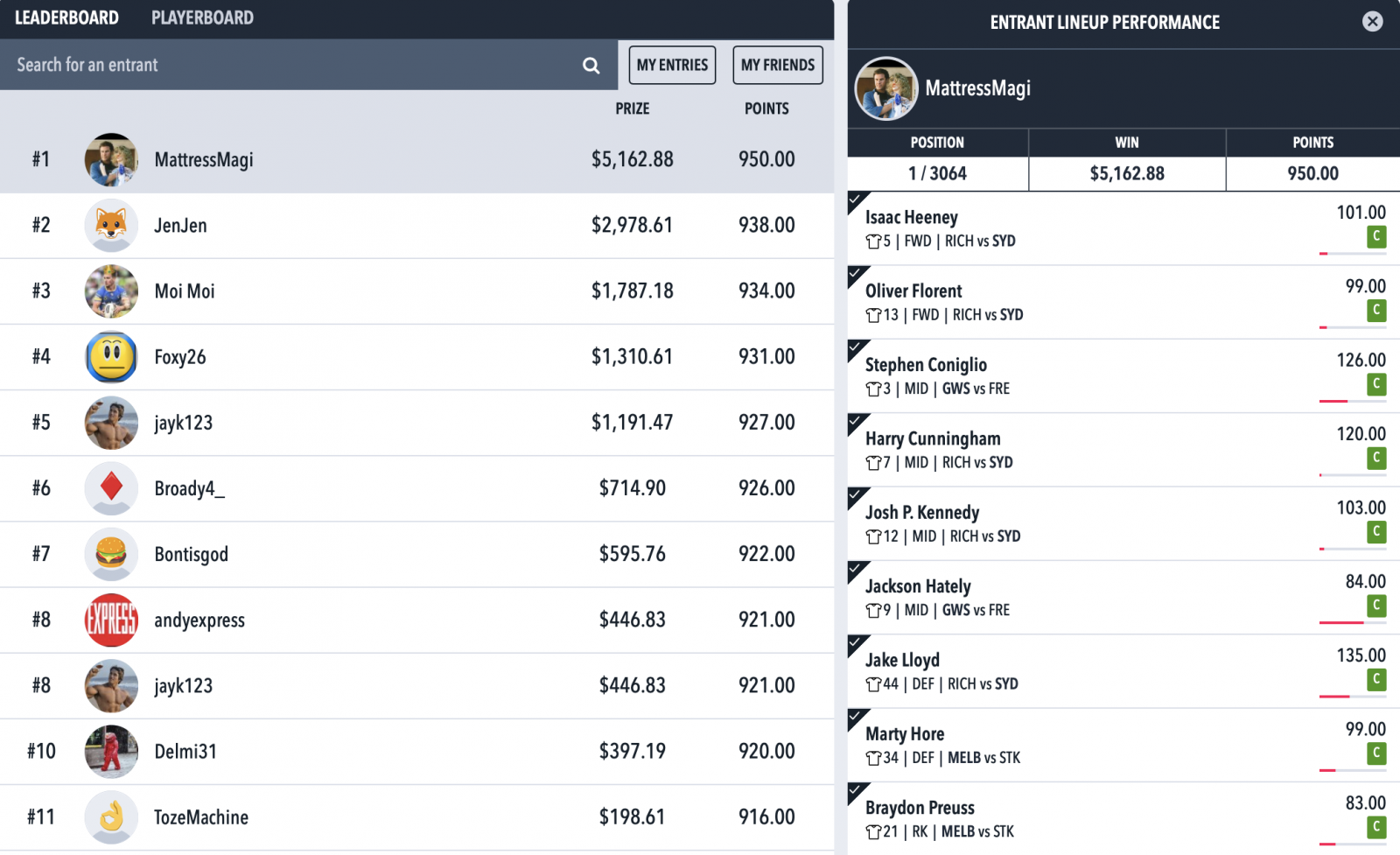 The smaller two-game slate of AFL on Sunday didn’t shy Draftstars away from hosting their usual huge contest.The AFL $30,000+ Sunday contest attracted over 30k people who were all keen on tackling an interesting slate. As it turned out though, DFR’s very own BigHef would take home the chocolates on Easter Sunday. It turns out the fellas who run the weekly DFR livestream on Our Facebook Page don’t just talk the talk. Another great result from Procession landed him in second to collect $2,322 and further his claim to become DFR’s top ranked player. 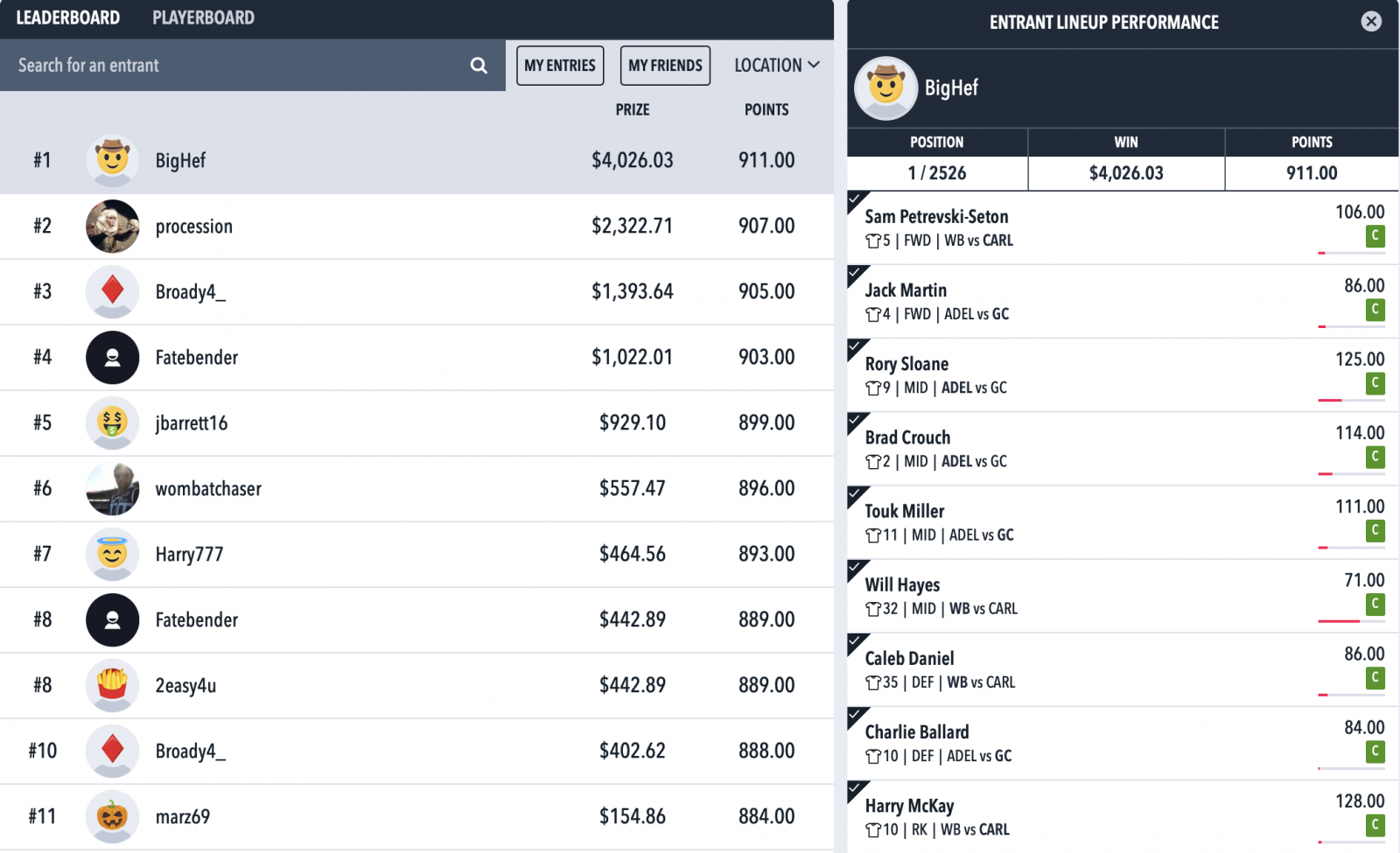 Moneyball went huge on Friday night with their AFL $8,000 NME vs Essendon Special to kick off the long weekend. 510 players entered their team in hope of collecting the $1,000 top prize on offer, but in the end it wasWanga who was too good for the field, finishing with 869 points and 11 clear of second placed chriseddy999, who collected $470 himself. Third place and $300 went to brent_brent.