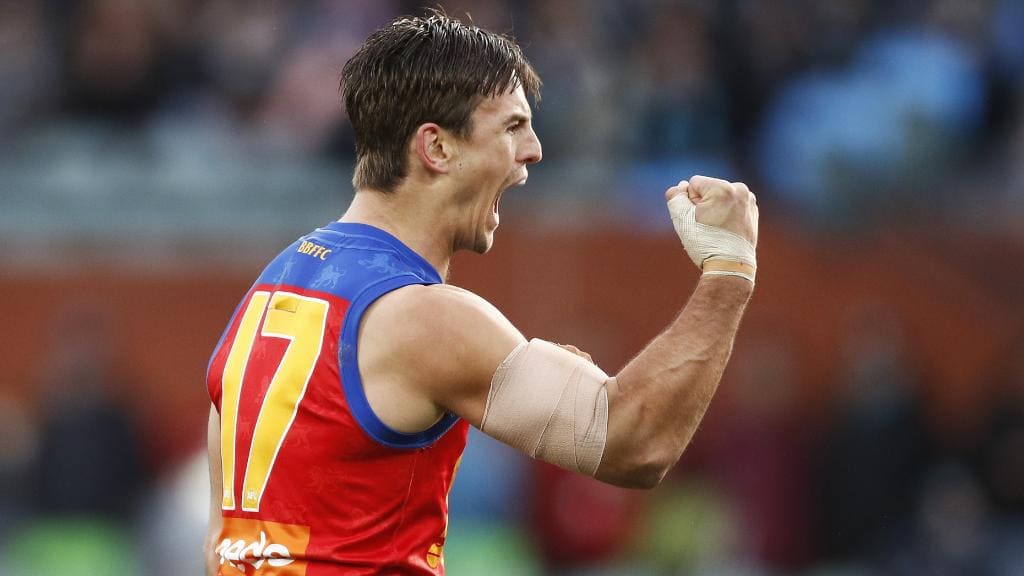 AFL Round 18 saw plenty of upsets, highlighted by the Bombers gutsy win from behind against Adelaide on Friday night. Once again, there were some huge DFS prize pools to be won on all three days of action. Check out who all the major winners were below!

Moneyball kicked off AFL Round 18 with a big $40,000 Crows vs Bombers Special. Much like the game itself, the Friday night contest took plenty of twists and turns throughout the four quarters. In the end, Slobs was the man with the best formula, finishing on 881 points and earning himself a cool $4,000 in prize money. Second on the night was Pascoh with 872 points for a $1,850 collect, while Chriseddy999 finished in third, fourth, and sixth spot for a total of $2,500.

Moneyball held their biggest contest of the weekend on Saturday, where there was a tasty five-game slate with plenty of exciting matches on the card. Their $50,000 Saturday Special attracted plenty of entries in what turned out to be a really tight contest at days end. The best of the bunch was Rookie01 who earned $5,000 for finishing in first. Brodie Grundy was a must-have with his 181-point performance, while Will Brodie (113), Ed Curnow (125), and Jack Crisp (101) were his other key players. Tbetta put in a fantastic performance with five top 10 finishes, collecting over $5,000 for his efforts.

The Sunday slate at Moneyball was another one dominated by multi-entry players, with just two guys making up seven of the top 10 places in the final leaderboard. I am the Game had three of those places and finished with over $3,000 prize money, and jbarrett16 had four top 10 finishes for over $2,000. The best of the bunch, however, was Fonzie with a score of 864. Finishing 27 points clear at the top, he collected the big $4,000 prize for first. Bailey Fritsch was gold for him with 134 points at just 3% ownership, as was Dom Sheed (125, 6.8%).

Draftstars continue to post huge guaranteed prize pools and Friday was no exception. They held a monster $100,000 Crows v Bombers contest that you could enter for just $20. It ended up being a really successful night for one of DFR’s top rated members in Broady4_. He finished in first for a huge $9,948 win, but also had two teams in equal sixth for a further $2,437 collect. Chriseddy999 was the other podium finisher and earned himself just shy of $2,500. Key players to have at low ownership were Tom Lynch (112 points), Brodie Smith (133), and Luke Brown (86). 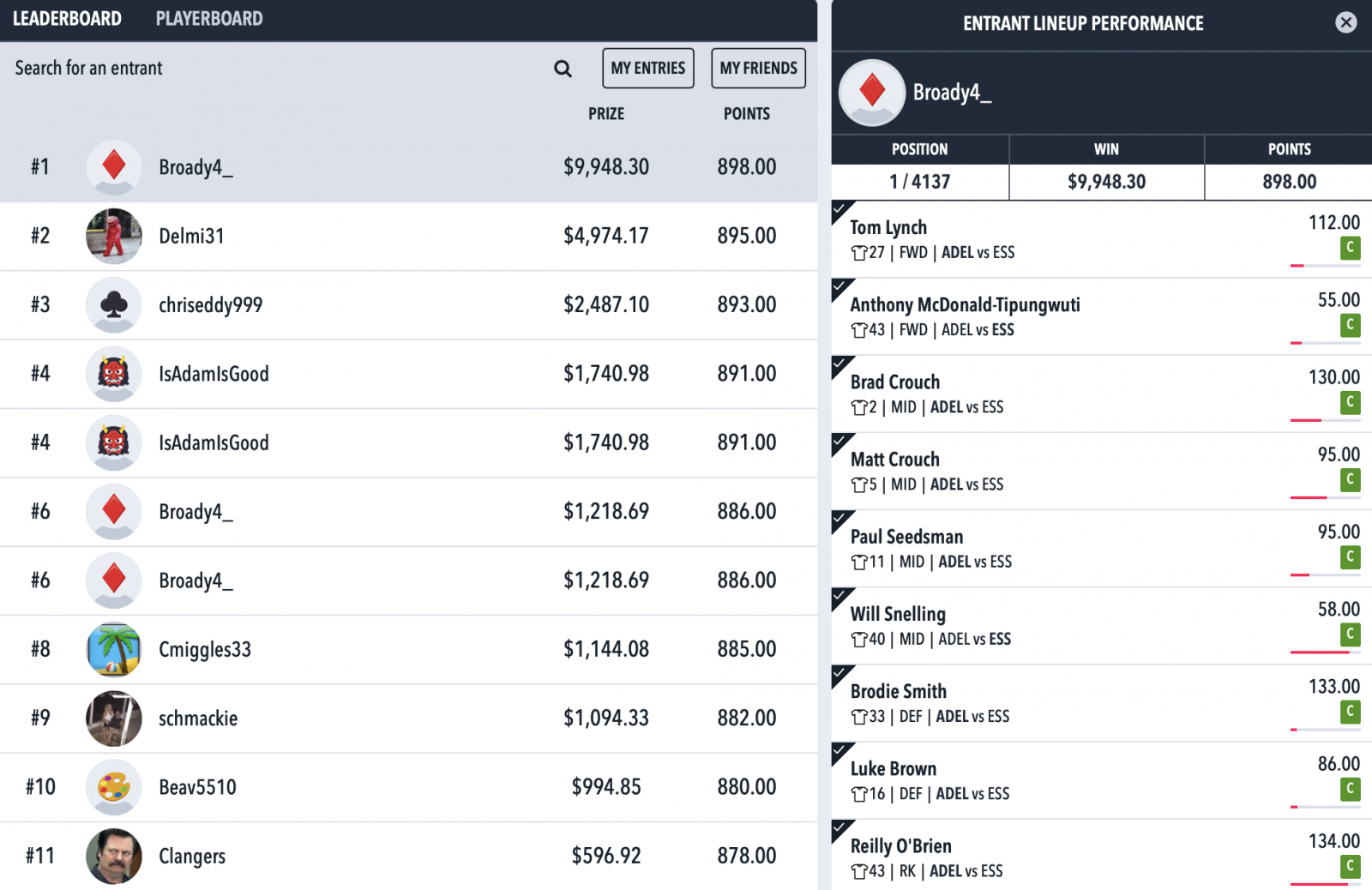 SportChamps held plenty of fantastic racing tournaments over the weekend, but none were bigger than their Racing $50 Saturday Horses $10,000 One Rebuy. It ended up being a $9,700 prize pool that 145 players had a crack at across the day. Finishing in first and winning nearly $2,000 was dale77. Other prominent players were cammy14 ($1,225) in second and weixinroadkill ($945) in third.