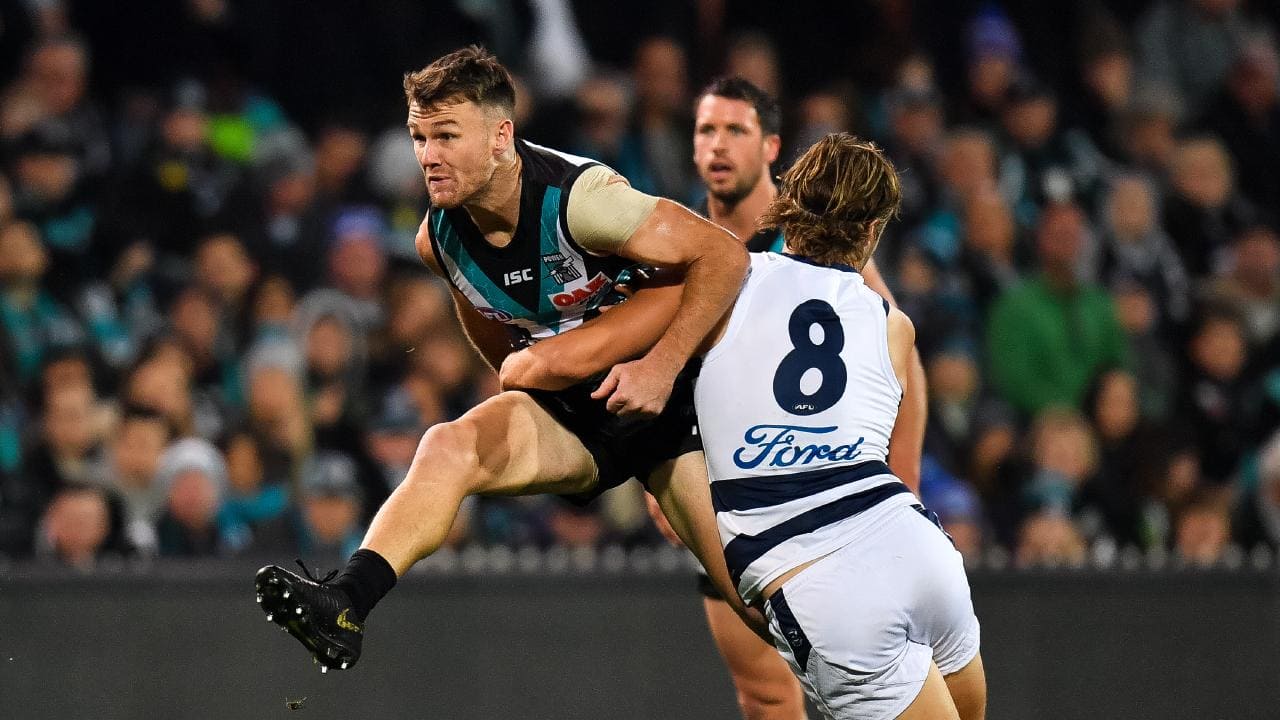 The weekend gone was another filled with sport and fantastic DFS contests. As always, we take a look at some of the best wins and how they did it!

Moneyball had a $50,000 contest on Friday night that had great support with over 2,700 entries. It turned out to be a fairly low-scoring contest with most players struggling to crack the 800 barrier, although that wasn’t the case for Tbetta, who finished 57 points higher than second placed laminedor to take home the $5,000 prize for first place. Laminedor won $2,250 for second spot, while Dazzledazzlers collected $1,450 for third.

Moneyball saved their biggest and best AFL Round 14 contest for the three-match slate on Saturday. They held a monster $100,000 contest for a $20 buy-in fee, which saw 4,690 entrants fight it out for the huge $10,000 prize for first place. Unlike the Friday slate, Saturday was very competitive at the top with just 27 points separating the top 10. It ended up being another fantastic and dominant performance from DFR’s number one ranked player Jayk123 (Laminedor on MB), who finished in 1st, 4th, 5th for a total collect of over $13,000. 2nd and 6th spot went to Rwhelan09 for $5,800, and Johno64 collected $2,800 for third.

To close out AFL Round 14, Moneyball held a $50,000 contest for the Western Bulldogs vs Collingwood clash on Sunday. It was another really close contest played out by the 3,000+ entries. There were a couple of absolute must-have players in Brodie Grundy (168 points), Jack Macrae (180), and Caleb Daniel (135), who combined for a whopping 483 points. It ended up being oastrawtn who had the best formula out there, finishing on 924 points and collecting $6,500! Second place and $2,700 was awarded to b4sk3tb4ll3r, while third place and $1,650 went to 5th ranked DFR player, procession. 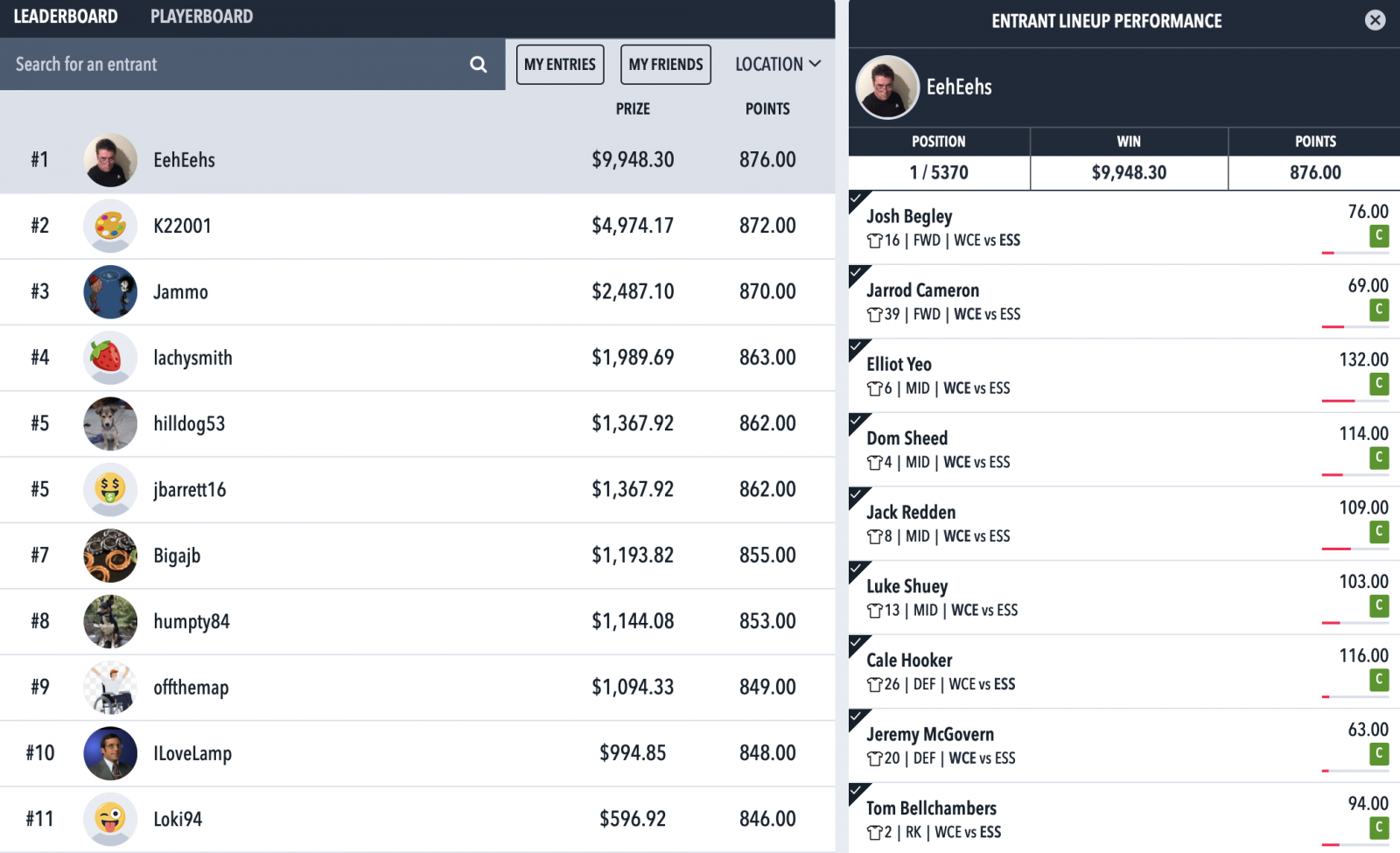 The guys at Draftstars backed up their huge start to the round with a monster $75,000 contest for Friday night’s match between the Swans and the Hawks. The match ended up being a pretty close one, but that wasn’t the case in the DFS contest as JesseWhite stormed home to win by 42 points. He had six 100+ scores and won himself $7,411 for first place. Second place and taking home over $3,700 was Illawarriors, while sammymac034 collected just shy of $2,000 for third. 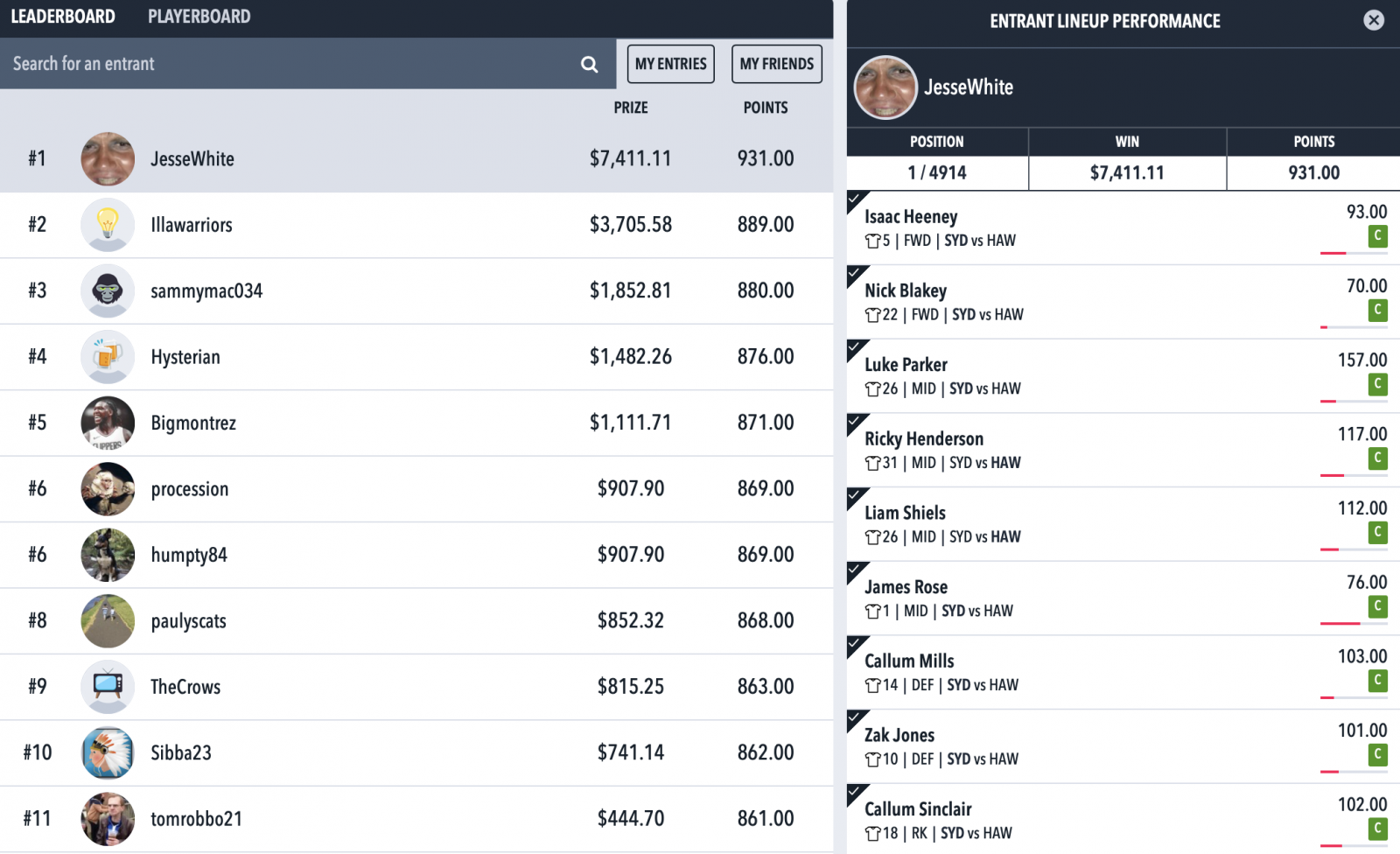 SportChamps had some huge racing tournaments over the weekend, especially on Saturday with their Racing $50 Saturday $10,000 Metro (No Rebuys) leading the way. Always a popular tournament for punters, this contest had 203 players fight it out $1,920 prize for first. After a see-sawing affair, DomiThorns ended up being the best of the bunch, making enough clutch plays to finish on top. Second place and still a very handy prize of $1,143 went to Keith1980, while the other podium finish belonged to adrian1976, for an $884 collect.