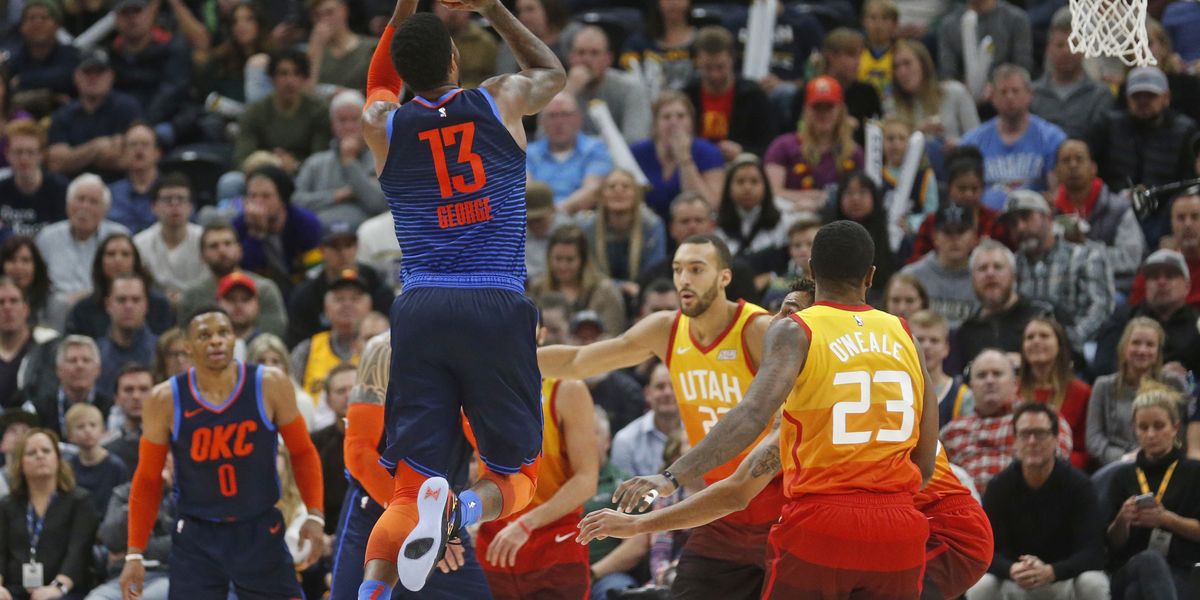 There was a calm before the AFL storm this weekend in DFS. With BBL finished it was headlined by the NBA along with AFLW and the usual array of racing tournaments.

SportChamps was again loaded with racing tournaments to choose from over the weekend headlined by the Saturday Metro Tournaments with the single rebuy contest prize pool at over $20,000, and the no rebuys at over $9,000. Jamieburke2 took home first place and $3,953.38 in the single rebuy tournament, while in the no rebuys tournament it was tonyjm who finished at the top of the leaderboard winning $1,511.89.

TopBetta held racing contests throughout the weekend headlined as usual by their Saturday Metro Gallops events featuring the $2K and $1K contests. The $2K contest was won by wally82 who collected $1,440. The $1K contest were won by the 38th ranked DFR member PREMIUM who won $495, beating out the 16th ranked member Deatac in second.

The marquee contests at Draftstars this weekend were the NBA $15,000+ Saturday and Sunday competitions. On Saturday it was coreybaker13 finishing in first place with a massive 383.50 points taking home the $1,140.69 first place price. The number 1 ranked DFR member ILoveLamp was also prolific finishing with  four sides in the top ten to win over $1,120. 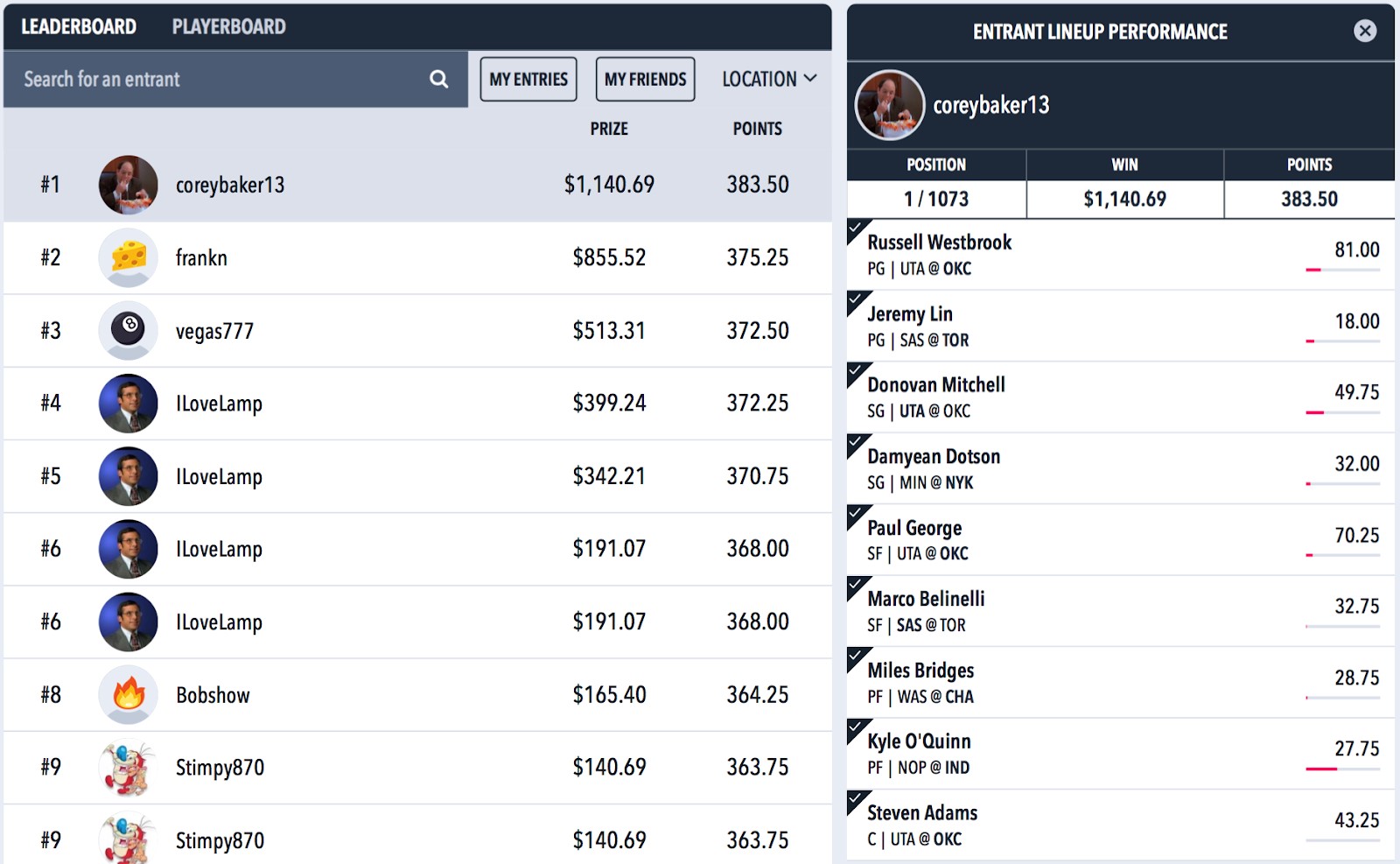 On Sunday it was rversekangas1 taking home the $1,140.69 first place prize. 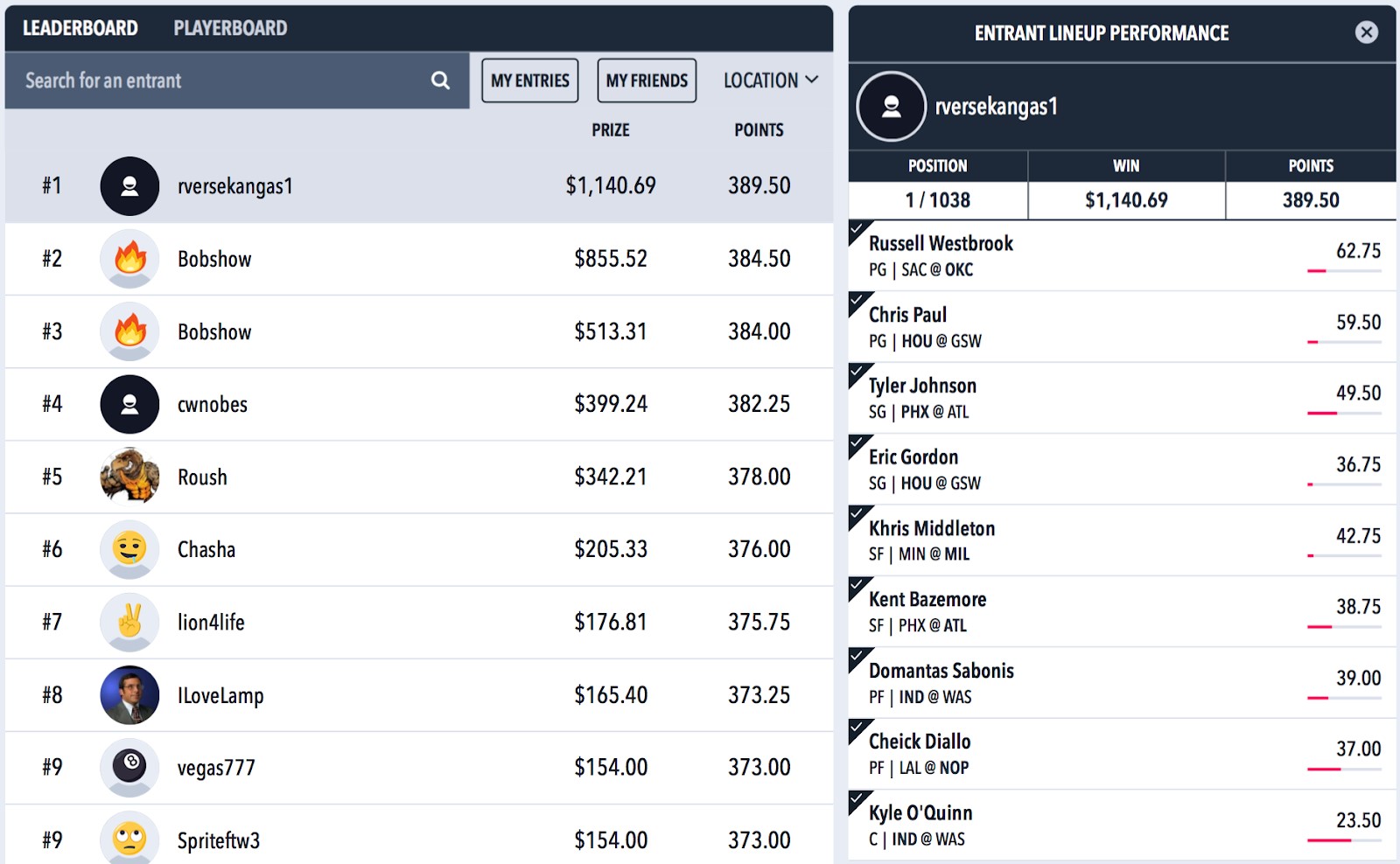 There were also AFLW $5,000+ contests held on both Saturday and Sunday this weekend. Saturday was a draw for first place between Hedge and RikDean39 who each collected $596.88. 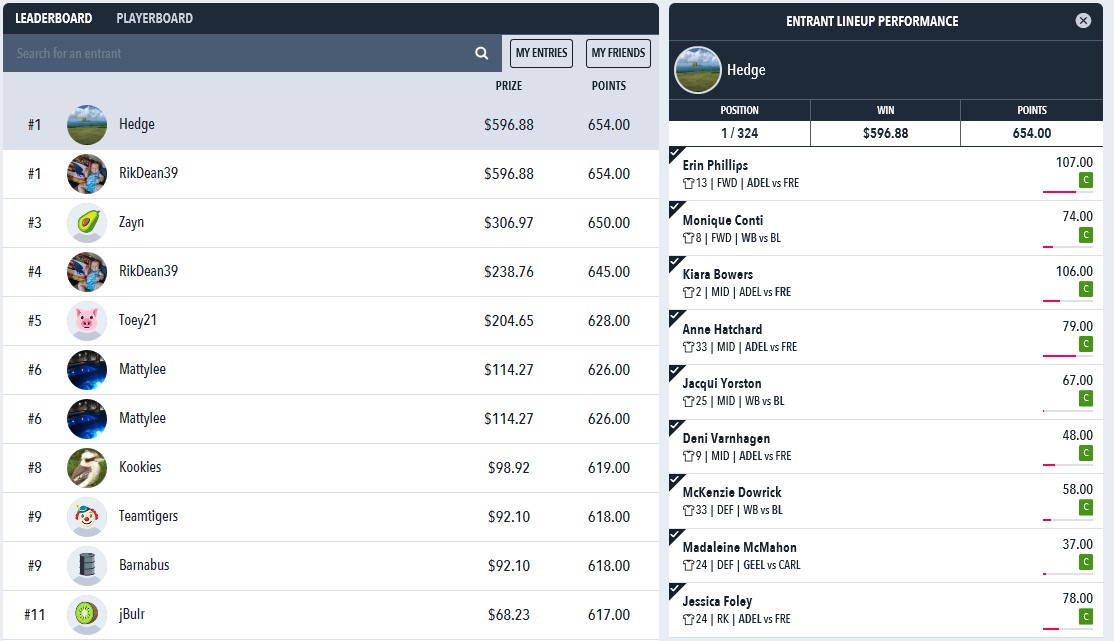 On Sunday it was BazgordonsTi who finished on top taking home the $682.14 first prize dividend. 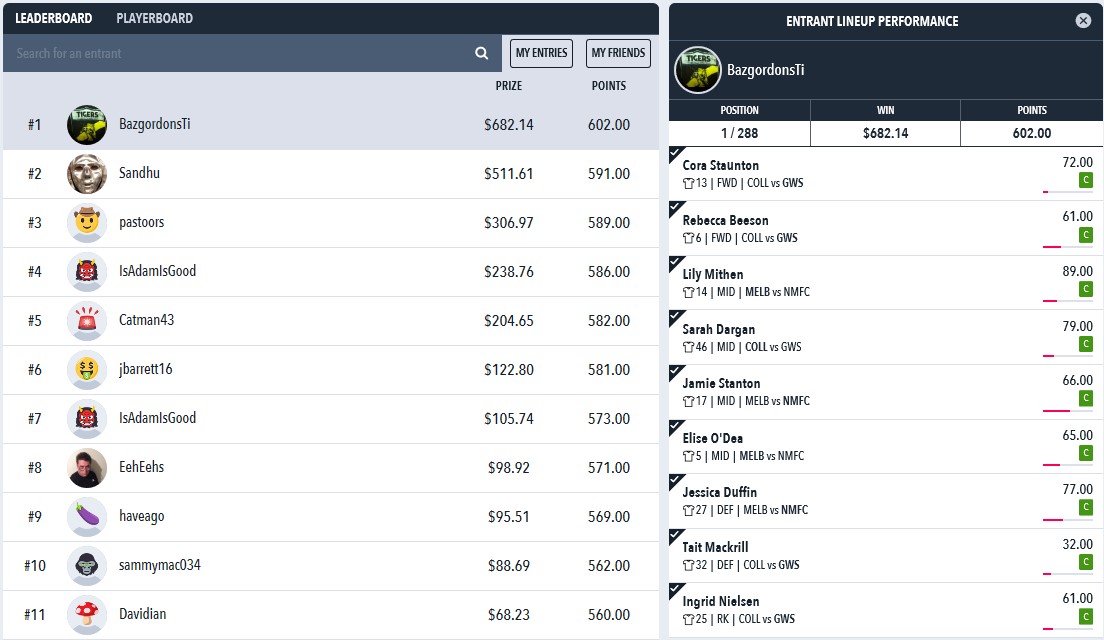 Moneyball had two major NBA GPP’s on Saturday and Sunday with $6K prize pools. Saturday’s was won by Djcollins who took home the $800 first place dividend.

Sunday was taken down by the number 1 ranked DFR member myfootyboots (also known as ilovelamp at Draftstars) who collected $800 for first place.