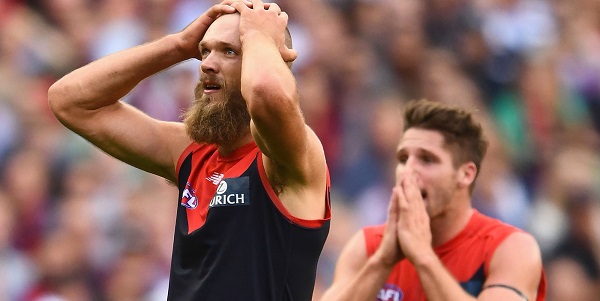 What a weekend in Australian sport and racing! The 2018 Golden Slipper race day on Saturday featured a massive five Group 1 races, along with that, the 2018 AFL season kicked off. However, all the fantastic sporting events were overshadowed by the scandal of the Australian Test Cricket team! We recap all the major daily fantasy tournaments over the past week below.

PlayON kicked off its 2018 AFL proceedings with some great tournaments over the weekend, offering guaranteed $2,000 prize pools for all of the days slates and also some qualifier tournaments to earn entry into the monster $100,000 tournament scheduled for August.

The Friday night tournament involving the Essendon and Adelaide game attracted 41 players for a buy in of $22. SportChamps and TopBetta veteran rexel9 came out victorious on the night, collecting $620 and moving closer to the coveted $500,000 winnings mark on the DFR rankings board. Rexel9 is now ranked 6th on the leader board with a whopping $490,215 in winnings.

Not to be out done by rexel9, the 2nd ranked DFR member ‘lion4life’ cleaned up in Saturday’s $2,000 PlayON tournament. Not only did he win the tournament, he had two more teams inside the top ten, collecting over $800 for the win.

PlayON is a great secondary option to the likes of Draftstars if you’re looking for some fun and winnable AFL tournaments and we can only see their popularity rising over the course of the 2018 season!

A massive Golden Slipper race day at Rosehill headlined the Saturday Metro Mayhem from TopBetta this weekend. The $100 entry tournament attracted 16 players and a further 24 rebuys and featured a host of veteran TopBetta players on top of the leader board at days end.

Draftstars kicked off the 2018 AFL season with a monster $50,000 tournament for the Thursday night Richmond vs Carlton game. Even though they lost, Patrick Cripps, Kade Simpson and Charlie Curnow dominated the night, all scoring 115+. With a massive score of 839 points, ‘offdaheezey’ collected the massive top prize of $5,000.

Some familiar names were amongst the top of the leaderboard as jayk123, procession and dpwoodford all had a decent collect. AFL will continue to dominate the scene over the 2018 season, with a massive $30,000 contest already on offer for Thursday night’s Crows vs Tigers clash. 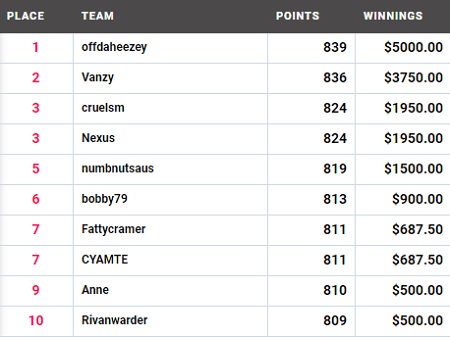 It was a great weekend at SportChamps, as both Saturday and Sunday’s major racing tournaments offered prize pools of over $3,000. Saturday’s tournament revolved around the massive Golden Slipper day at Rosehill and featured a few new names at the top of the leader board. For just a $10 buy in, ‘jeggi19’ was able to finish the day’s racing on top of the table and collect just over $820.

Sunday’s tournament was also a big one, attracting 20 players at the $100 buy in mark and offering a prize pool of $4,100. ‘Lukeholla’ was the MVP of the day, turning his $100 investment into a tidy $1,435. With the 2018 racing calendar starting to heat up, SportChamps tournaments are a great option so make sure you sign up here!