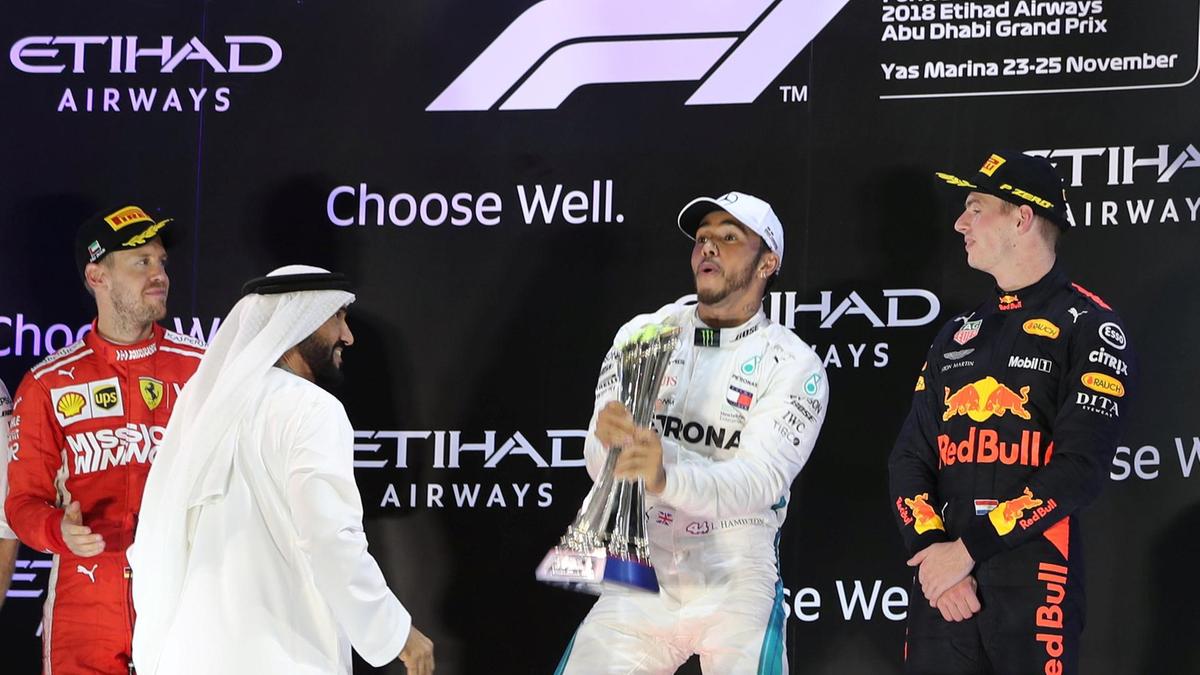 A wide range of sports were on offer for DFS players in Australia this weekend including Saturday and Sunday racing tournaments, NBA, T20 cricket, Formula One and the EPL.

The biggest tournament of the weekend took place on PlayON where 99 entries competed for a share of $20,000 in their Formula 1 Super Contest. The $4,000 first prize was taken out by golfclayton, who finished a mere 2 points ahead of mpendle who cashed $2,400 in 2nd place. Both players also picked up another $975 for placing again in a share of 5th to cap off a big day!

SportChamps was again loaded with horse racing tournaments to choose from over the weekend headlined by two Metro competitions on Saturday with prize pools over $8,000. The Saturday Metro tournament was taken out by Fleecey who collected $1,762.29 for first place, while the No Rebuys tournament was won by Trasko netting $1,672.06.

TopBetta held racing contests throughout the weekend headlined by their Saturday Metro Gallops events featuring pools of over $3K and $1k. The $3K contest was won by roushad who is currently ranked 27th on Daily Fantasy Rankings and netted himself $1,950 for first place. Meanwhile 12th ranked Deatac took out the $1K event scoring $792 in prize money.

Draftstars premier tournament on the weekend were its $15K NBA Saturday and Sunday competitions. Mel_k won the Saturday tournament to take home $1,156.17 on the back of Mason Plumlee’s massive 44 fantasy points at just 1% ownership. Fifth ranked DFR member Knova was also prominent taking home 2nd and 3rd place winning over $1,400. 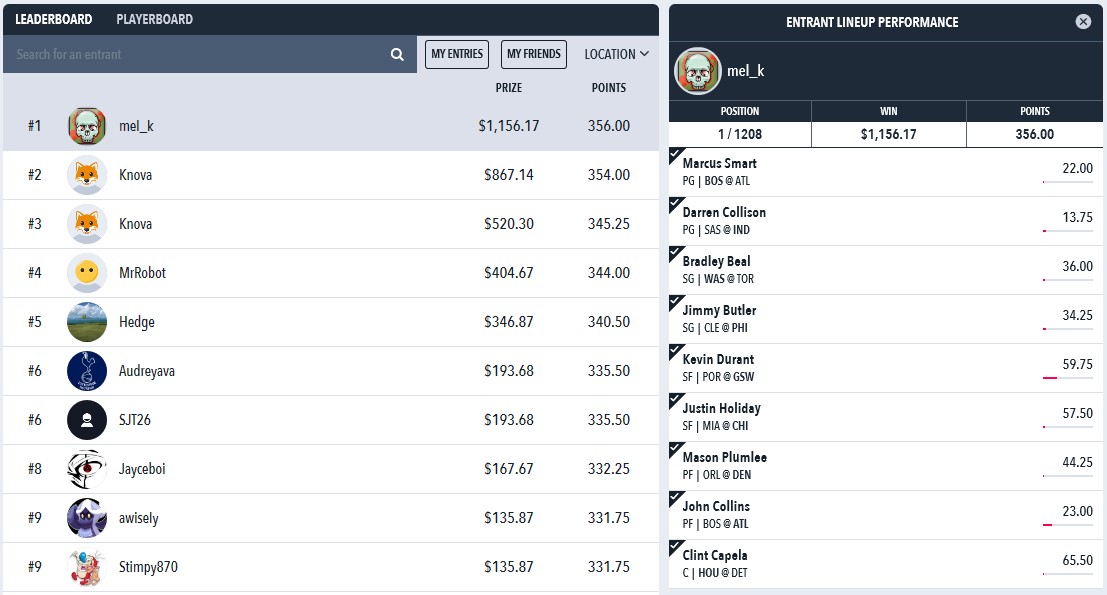 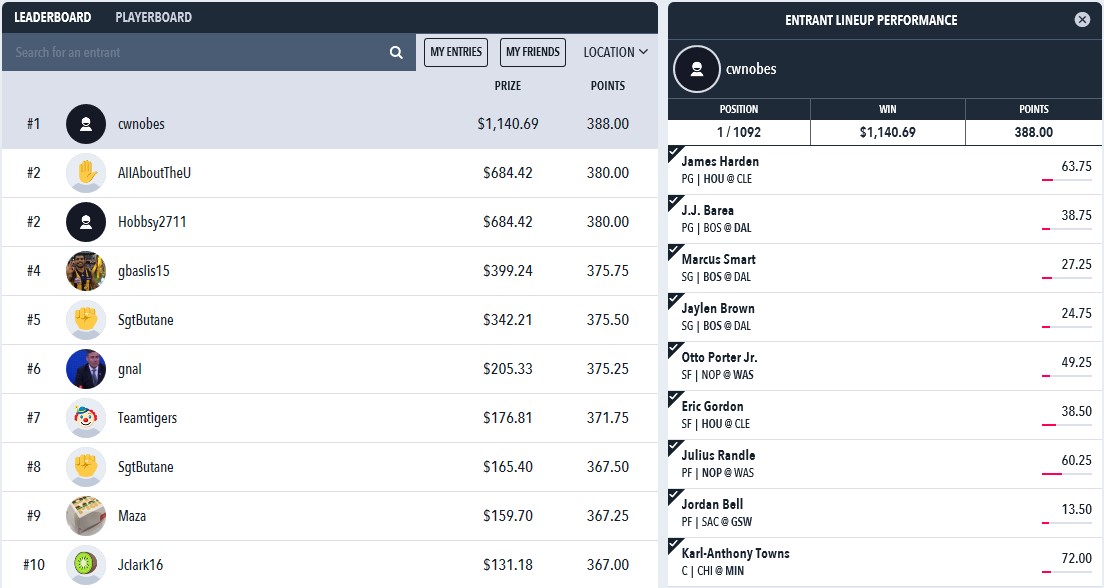 The EPL was on Sunday night and Draftstars held a $2,000 tournament taken down by 156321. The 47th ranked DFR member and soccer specialist Anfield269 was also in the mix again finishing in second place. 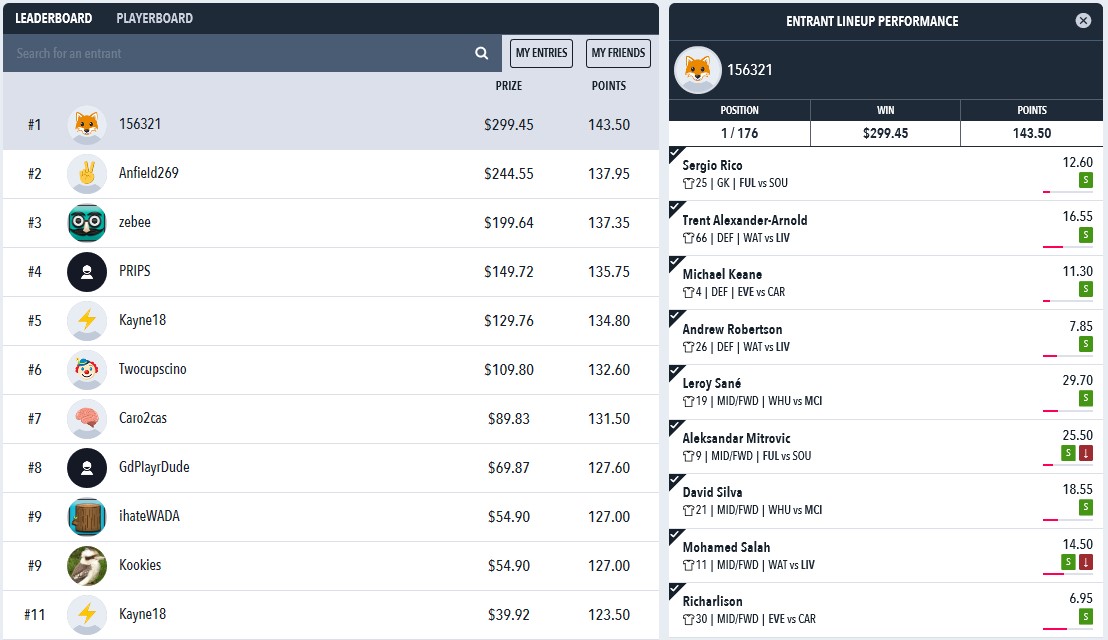 Moneyball had two major NBA GPP’s on Saturday and Sunday with $8K prize pools on offer. Saturday’s was won by Jarradod who took home $1,150. The 101st DFR ranked member OnTheMac finished second and third to score over $800 in winnings.

Sunday was taken down by ADpicks who collected $1,050 for first place.