Another weekend of major DFS tournaments is in the books with a usual array of racing, NBA and Big Bash contests held across all the major Australian DFS platforms.

SportChamps continues to crank out racing tournaments all weekend headlined by their Saturday Metro Tournaments. This weekend saw a massive $10K guaranteed contest with an entry fee of just $5. The first place dividend of $1,423.63 was taken down by luke_italia01, while kiwisue finished in second to net $711.82.

TopBetta held racing contests throughout the weekend across all codes, headlined as usual by their Saturday Metro Gallops events featuring $55 Saturday Gallops and $22 Saturday Gallops events with prize pools in excess of $1K. The $55 contest was taken down by ErnieO who collected $945. The $22 competition was won by 165th ranked DFR member benny2702 taking home the $684 first place prize.

This past weekend saw more Big Bash action with a double header on Sunday. In the BBL $12,500 Stars v Heat contest it was Team and the 11th ranked DFR member Delmi31 who split the first and second place prize pool taking home $920.26 each. 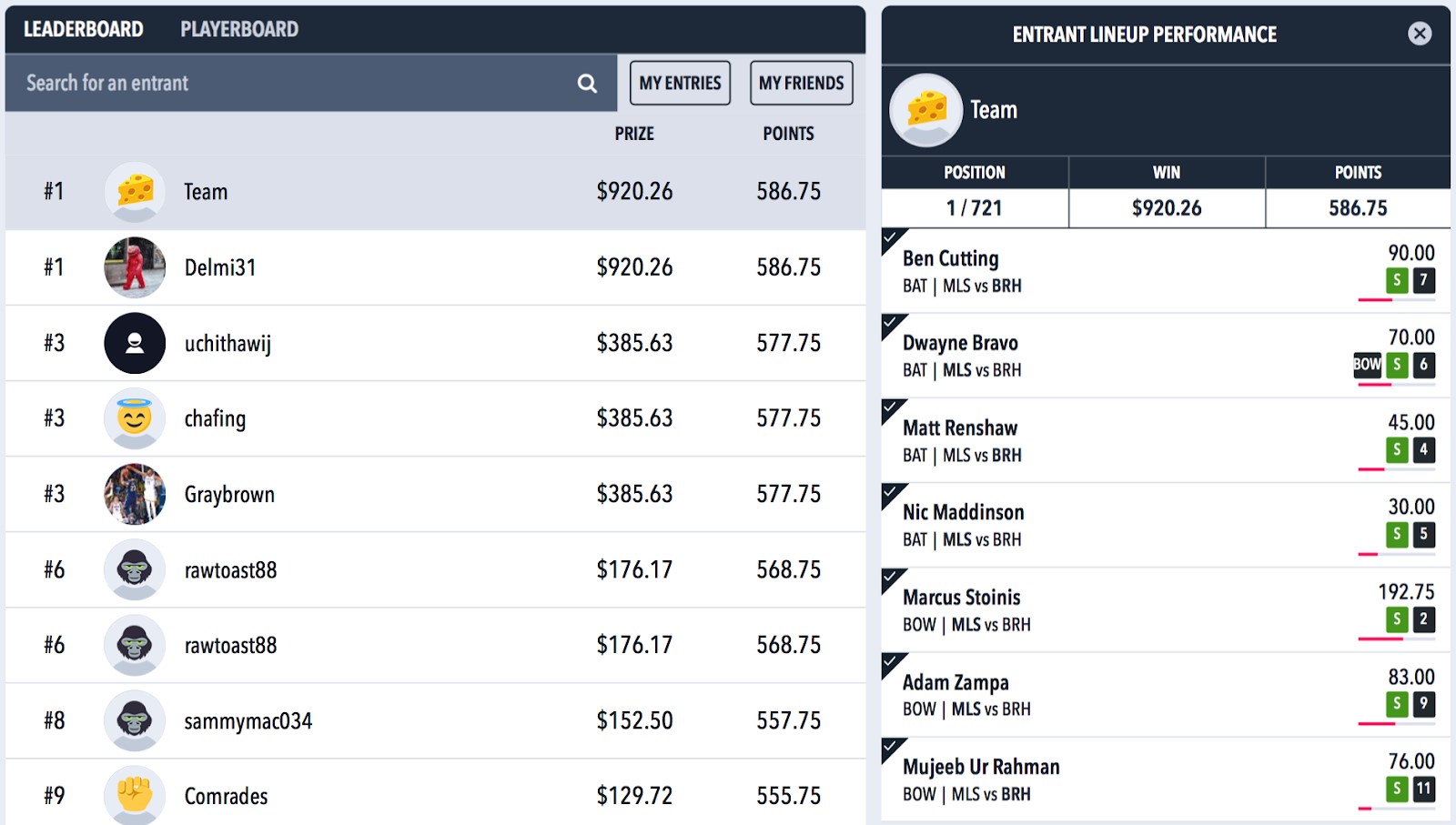 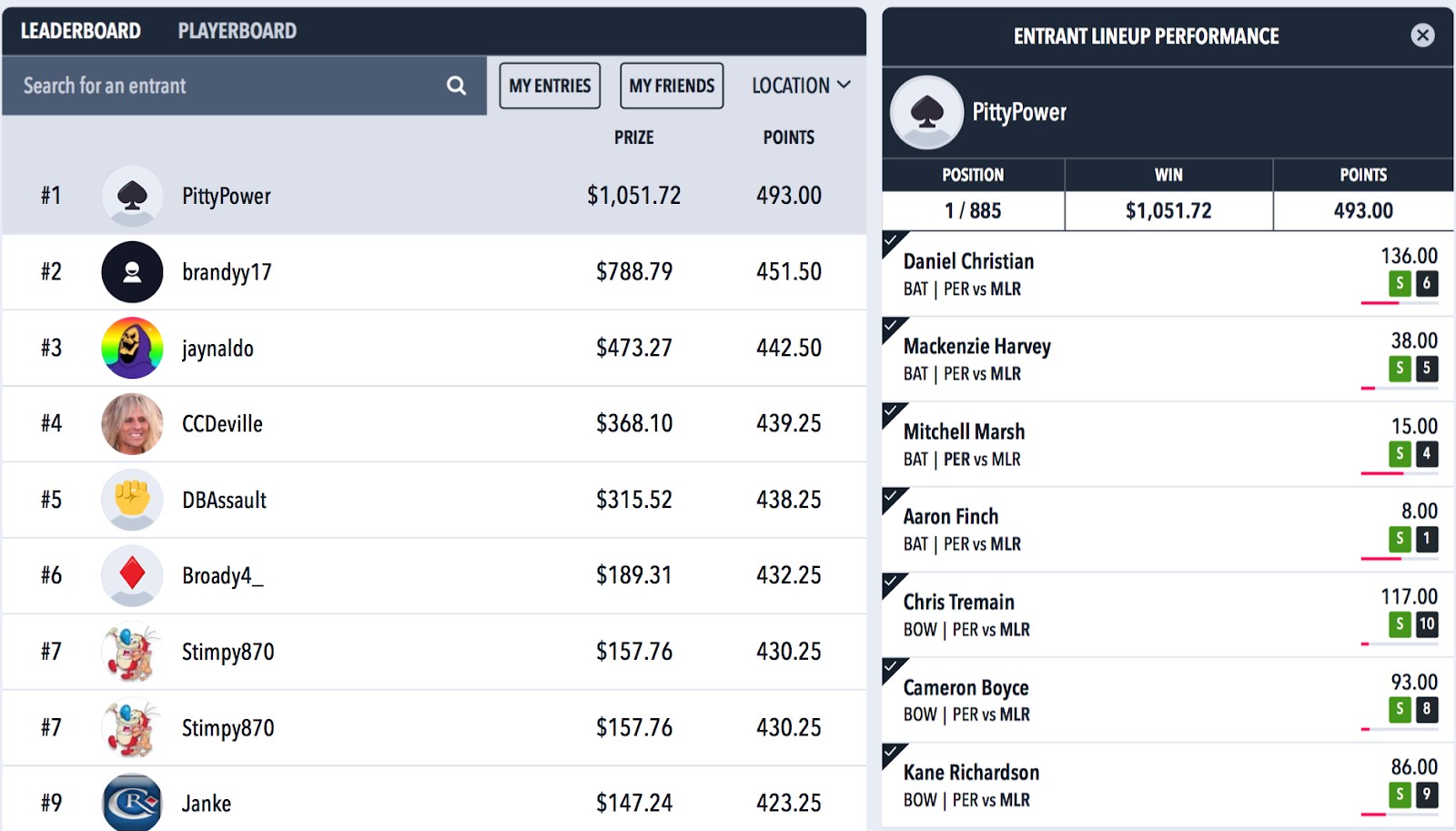 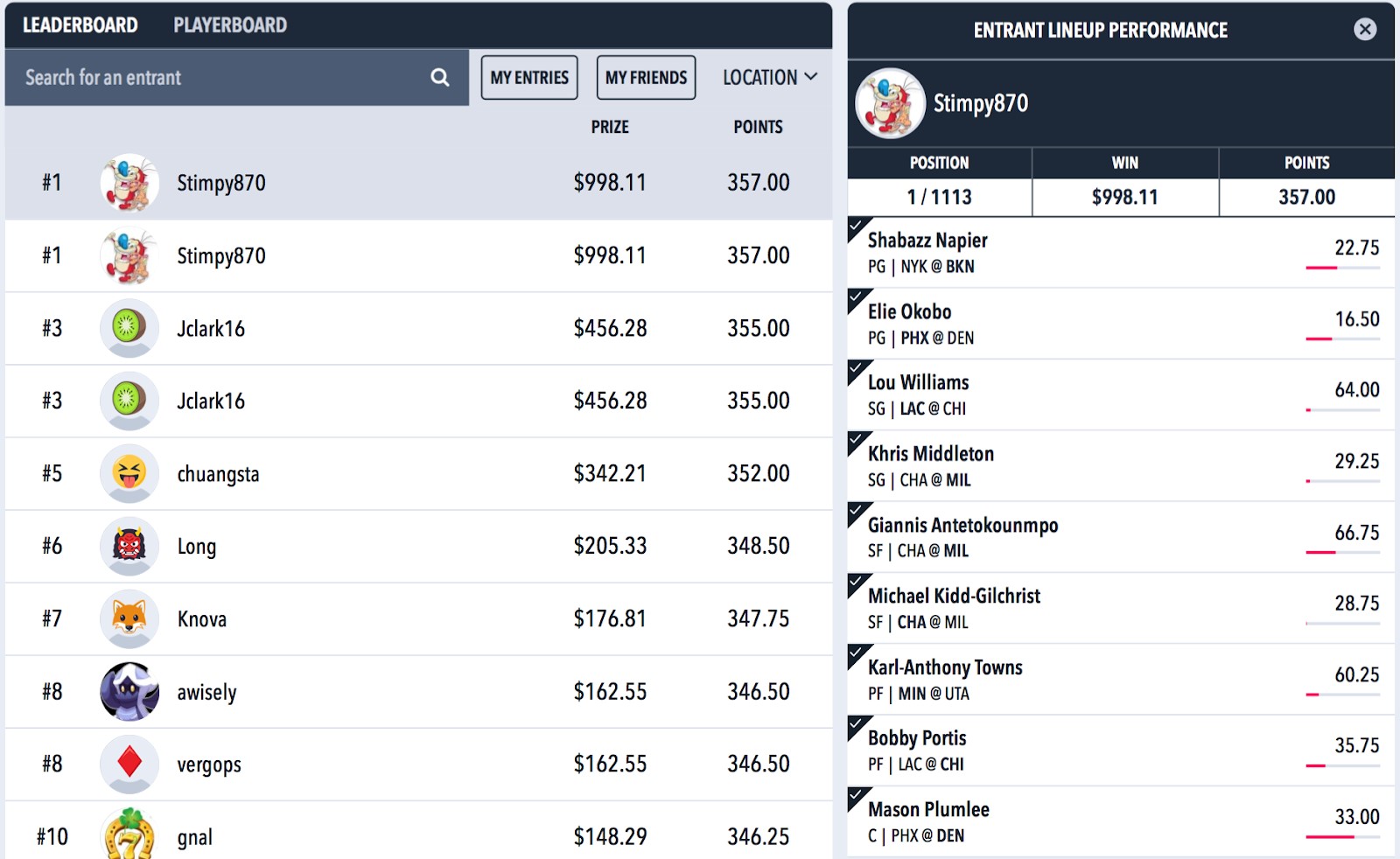 On Sunday it was a three way tie between WalshyMulk09, Fugacity and whaddo1234 for first place each winning $836.51. 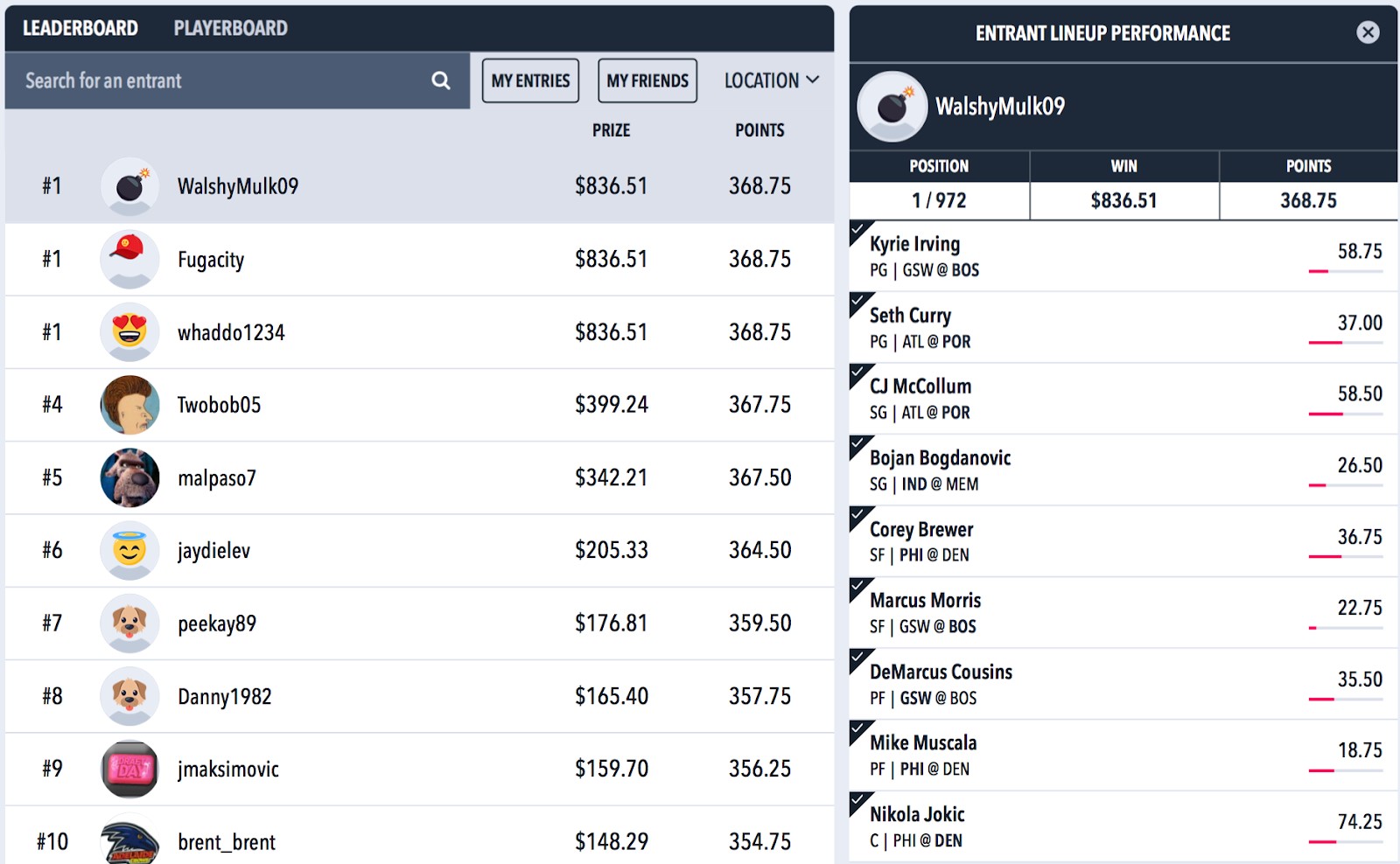 Moneyball had two major NBA GPP’s on Saturday and Sunday with prize pools of over $6K. Saturday’s was won by the 48th ranked DFR member Dcrutch who took home the $950 first place dividend.

Sunday’s contest was taken down by Wellsy72 who won $825.