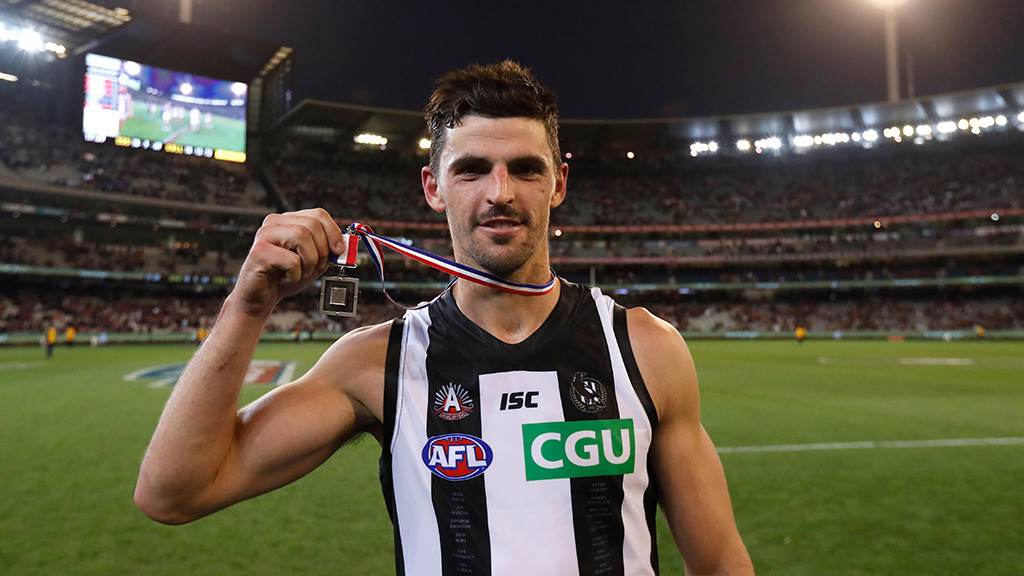 A spread-out AFL Round 6 meant there were even more DFS contests for us to sink our teeth into. On top of that, there were all the usual racing contests with plenty of big prize money up for grabs. As usual, we take a look at some of the best wins from the weekend here!

SportChamps continue to pump out quality racing competitions week in and week out and this time was no exception. The biggest of all was their weekly Racing $50 Saturday Horses Only tournament, which attracted 91 entries and had a prize pool of $5,800! It was a closely fought contest from start to finish but in the end it was Lestaftw who was too good for the field and collected the $1,552 top prize. Second place and $1,040 went to Chocco18, while third place and $768 was awarded to bb4242.

TopBetta delivered some great racing tournaments over the weekend once again. Their weekly Saturday Metro Gallops events featured the $2K and $1K contests like usual and attracted 16 and 19 entries, respectively. The $2K contest was won by eddie55, who was awarded the best prize of $1,200, while razzle was next best with a $600 collect.The $1K contest was taken out by foley1 ($520) and the runner up was jpm105 ($348).

Draftstars were as busy as anyone over the past couple of weeks with AFL on 10 of 11 days between Rounds 5 and 6. They held countless huge contests for all the Anzac Round matches, headlined by the Anzac Day battle between Essendon and Collingwood where they had a monster AFL $50,000+ Bombers v Magpies contest. It was the biggest contest of the round, attracting over 4,000 entries from DFS players around the country. There could only be one winner however, and that lucky person was BrutalDeluxe with a huge score of 923. BrutalDeluxe had four players score 120+ (Pendlebury, Shiel, Adams, Grundy), which was enough to claim the $5,170 first place prize. Second and $3,878 went to Kirko, while third place and $2,327 collect went to Thedred. 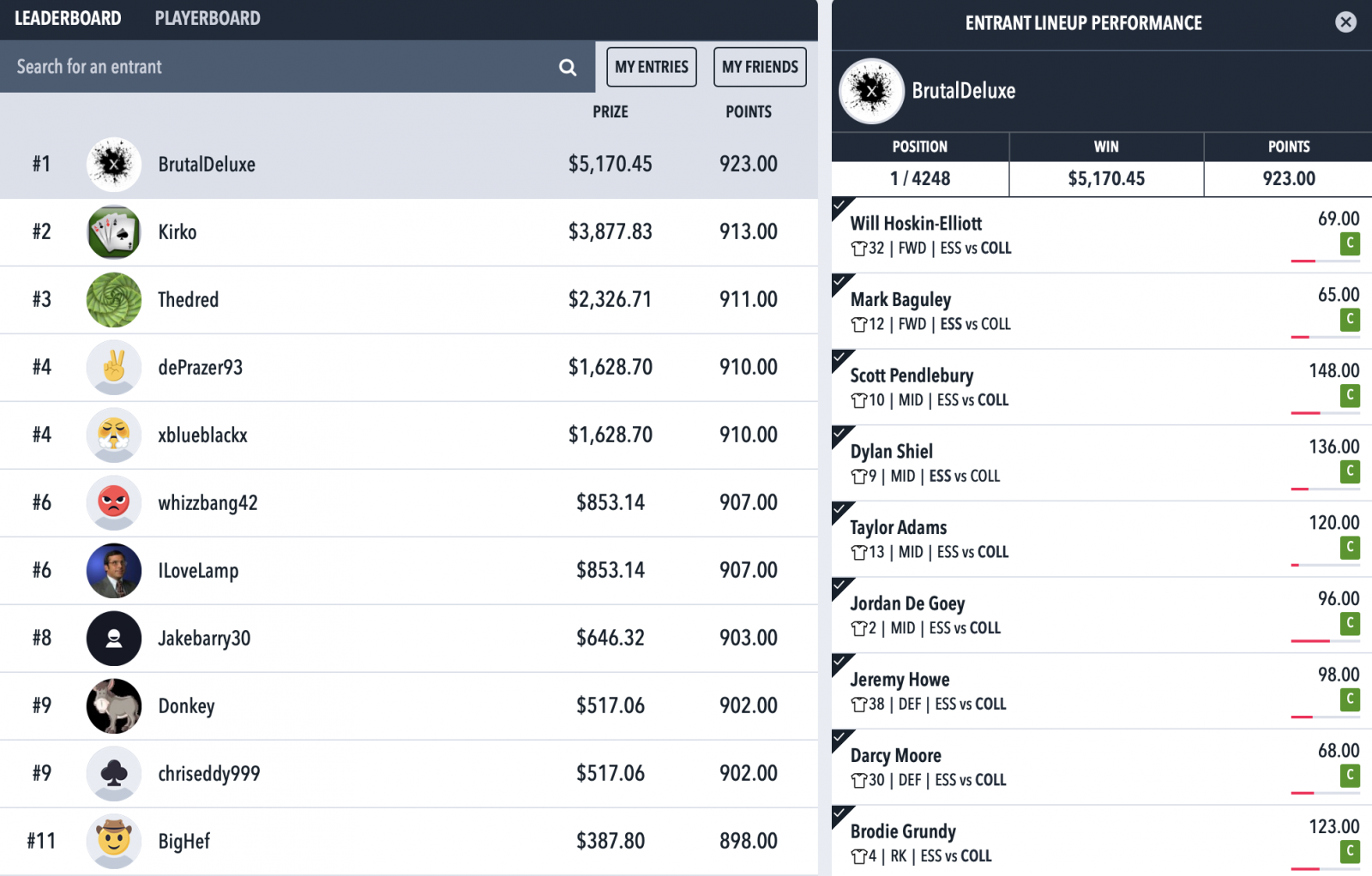 The AFL $40,000+ Power v Kangaroos contest at Draftstars on Friday night attracted another crowd of 3,000+. It wasn’t quite as high scoring as the Anzac Day clash, but there were still plenty of entries flirting with the 900 mark. The best of the bunch and winning the huge $5,209 first place prize was ant_phillips. Finishing with a score of 892, ant_phillips found a gem in Nick Larkey at basement price, while also having small forward Sam Gray (28 disposals, four goals) in their line-up. Not too far behind the leader and picking up the second place prize of $3,005 was humpty84, while Mickey34 picked up just over $1,800 for third. 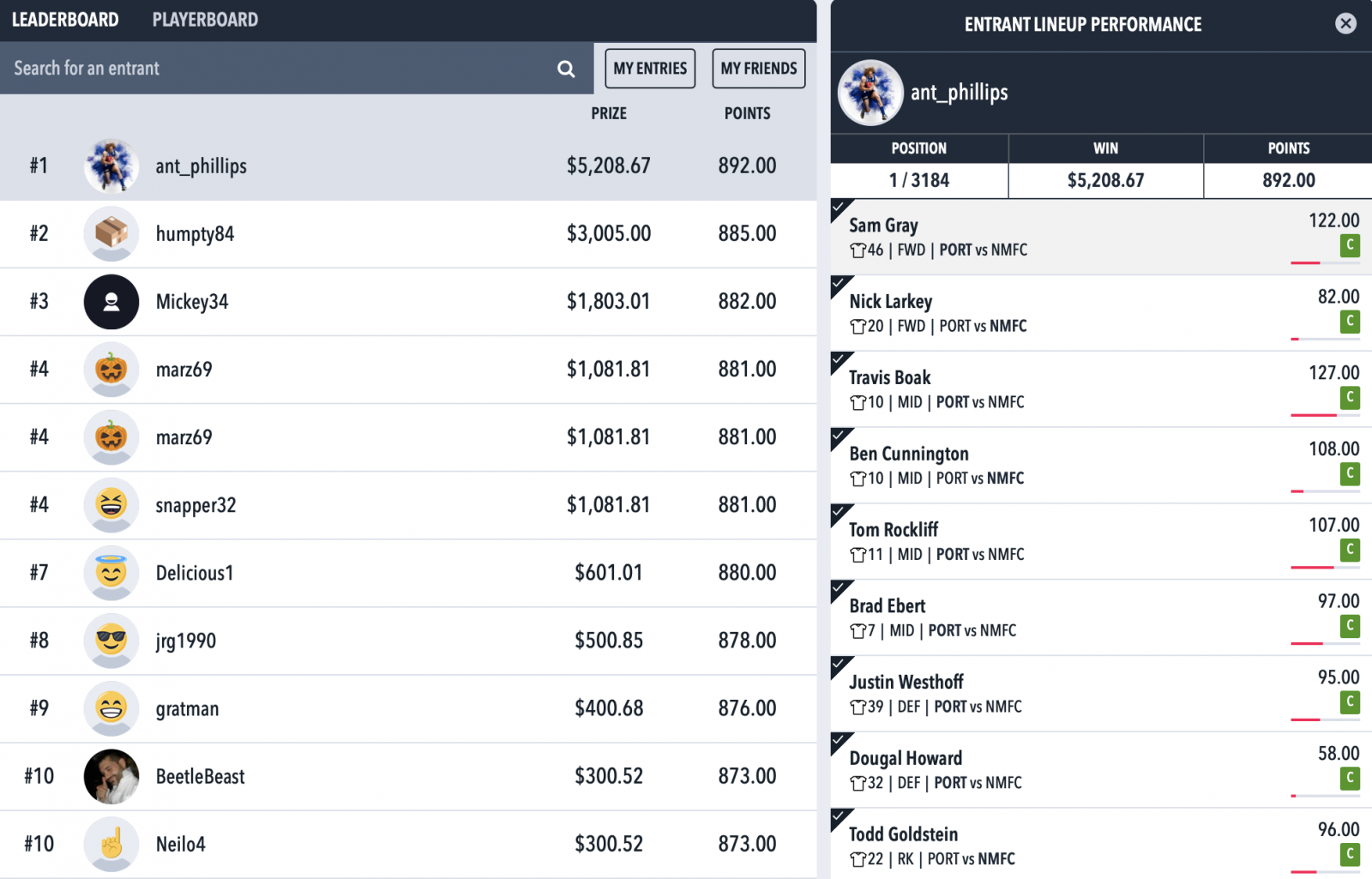 The AFL $40,000+ Saturday at Draftstars was once again the highlight of the day for DFS players. 3,181 players put their knowledge to the test in what would turn out to be a really competitive finish for the minor placings, but not for the main prize as Fatebender stormed home to clear the 900 barrier and win by 25 points. Their efforts were awarded with a juicy $5,207 prize, while second and $3,004 went to J2thep and third and $1,802 went to DFR top 10 ranked player, procession. 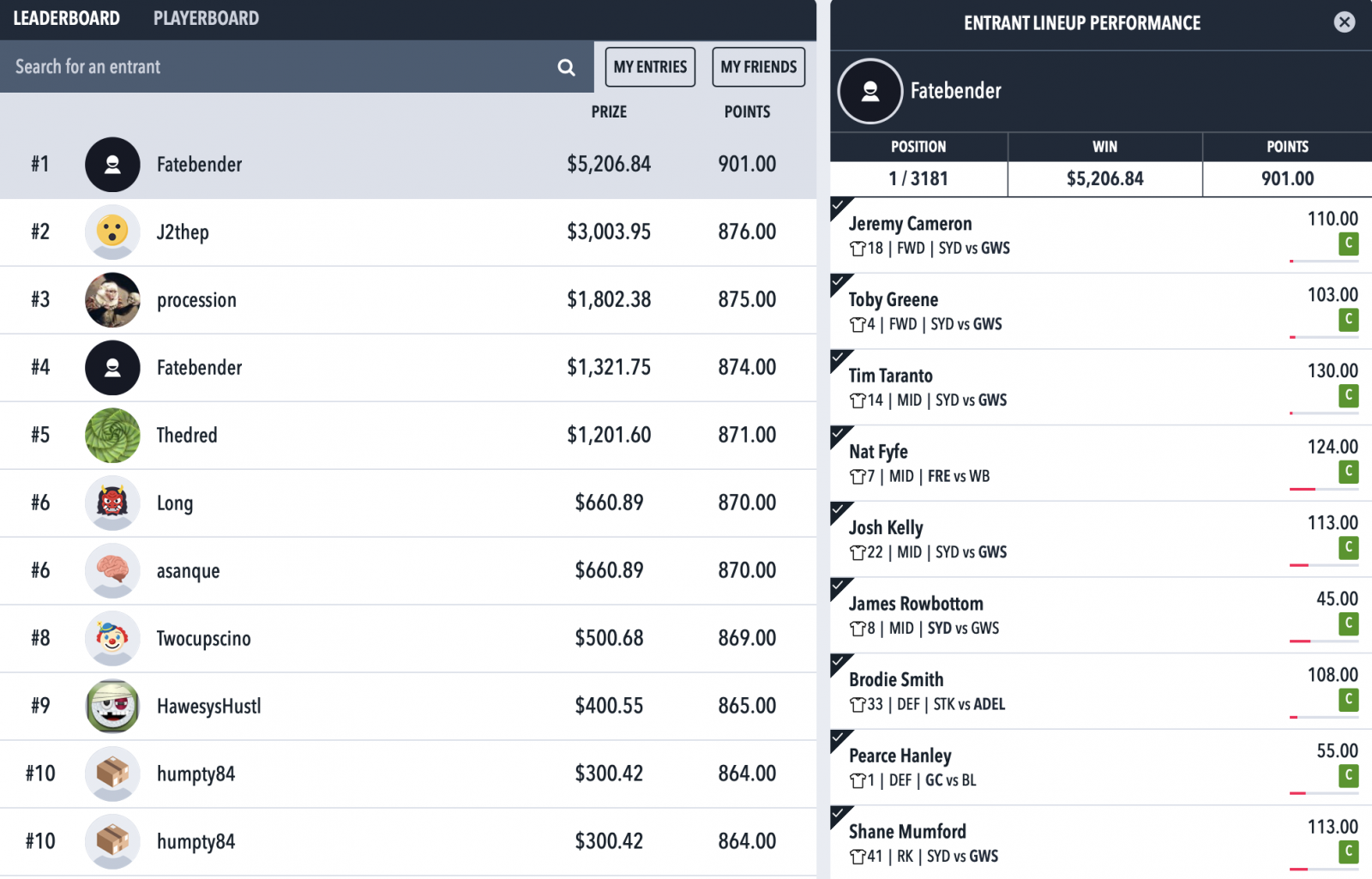 Once again there was just a two-game slate of AFL on Sunday due to the spread-out fixture. However, there was still plenty of interest in Draftstars $30,000+ Sunday contest that had over 2,700 entries. It was a slate full of monster scores with a lot of popular players going big. Lion123 had the formula and collected $4,849 for finishing on top, chriseddy999 continued his assault on the DFR leaderboards with another $2,798 collect for second, while Rwhelan09 was awarded $1,679 for third.

Moneyball went huge on Thursday for Anzac Day with their AFL $10,240 Essendon vs Collingwood Special. Just shy of 1,000 people entered a team they thought was capable of winning the $1,350 first place prize, but in the end the leaderboard was dominated by a multi-entry player in laminedor. Finishing in 1st, 2nd, 4th and 5th position, laminedor collected over $2,300 in an impressive display. The only other player to finish in the top five was Prancer, who picked up $370 for third.