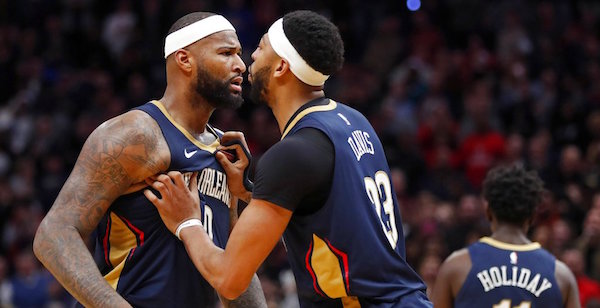 It was another great weekend in the Australian daily fantasy sports community, with some massive prize pools going off including the long awaited Draftstars 400 point NBA target, in which over $150,000 was shared amongst the winners. We take a look at the results from the major DFS tournaments across the week below.

Over 20 contestants shared in the monster $150,000 prize pool on Tuesday after DeMarcus Cousins went insane in a double overtime game against the Bulls. The big man racked up 44pts, 24reb, 10ast, 4stl and 1 block on his way to a 100 point performance and the end of the 3 month jackpot! 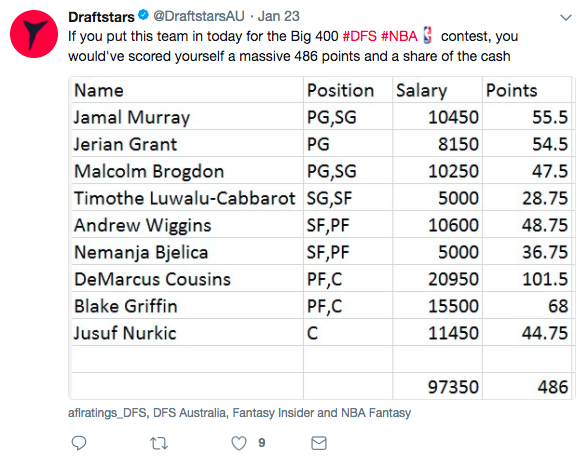 The Saturday Metro Mayhem tournament at TopBetta offered a massive $7,300 prize pool this weekend with 35 entries and a further 38 rebuys. The finish couldn’t have been any closer with the two top players separated by just over $300 in chips. Barnesy80 was the eventual winner, collecting over $2,900 after hitting on Clockwork Orange to win the final race of the day, edging out TopBetta veteran Deatac for 1st place.

It was a day full of familiar names in the Metro Mayhem, not only did Barnesy80 take out the top prize, TopBetta regulars in Deatac, foley1, freelance and nashemmy took out the minor placings, all adding to their already impressive DFS resumes.

There were a couple of great racing tournaments at SportChamps over the weekend, the first of which was the $50 Friday night competition that revolved around a great Moonee Valley race meet. The prize pool topped $1,800 for the night with the tournament attracting 22 players. Rexel9 and Saurus were the DFR members amongst the top of the leader board but in the end it was come_on_ who took out the top prize of just over $580.

The Saturday $100 racing tournament was the biggest of the week at SportChamps, attracting 23 players and offering a prize pool of $2,800! While Saurus just missed out on getting the win on Friday night, he had no such trouble on Saturday, taking out the top prize of $1,295 over DFR member djnewt. The two tournaments combined for a great weekend for Saurus, who

As usual, NBA dominated the scene at Moneyball throughout the week. The Thursday Monster tournament was once again the biggest of the week, offering a massive $16,000 prize pool and attracting 1,085 contestants. A massive performance by Andre Drummond which saw him rack up 30 points, 24 rebounds and 6 blocks and owned by just 2.9% of teams was the catalyst of the day. Drummond, along with Ben Simmons and Victor Oladipo helped DFR member ‘OnTheMac’ secure a tight win and over $2,000 in cash!

The BBL home and away season came to an end over the weekend and to celebrate, Moneyball threw a great $5,000 guaranteed tournament for the Heat vs Renegades game on Saturday night. The tournament attracted 337 players and after some great perforamnces by Kane Richardson, Dwayne Bravo and Tom Cooper, it was a Renegades stack from ‘Colbs’ that took out the top prize. Colbs wasn’t done there though, not only did he claim 1st place, he also came 2nd, totalling in over $900!