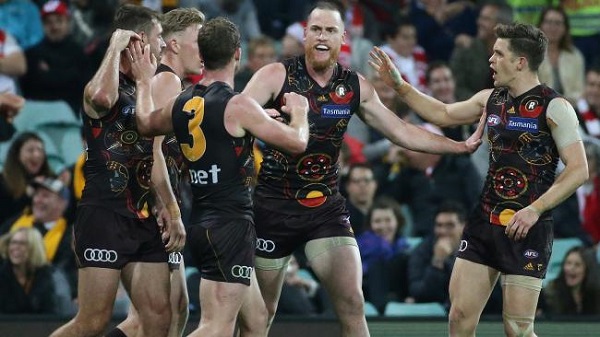 A massive weekend in Australian sports saw a load of money won by Aussie punters over the major DFS and fantasy betting sites. Once again, we recap all the results in the major tournaments across the likes of Draftstars, Moneyball, TopBetta and Sportchamps for the weekend ending Monday 29th May.

The weekend’s biggest tournament at TopBetta was their Saturday Metro Mayhem racing competition. 42 contestants ponied up for the $110 buy-in and it was ‘TheDreamer’ who walked away on top after turning his 5,000 BettaBucks into a handy 134,164. Remarkably, his winning day featured only four bets, all wins, all under $2.70. TheDreamer’s win shows that there are plenty of effective avenues to a win in the tournaments at TopBetta.

The Draftstars Saturday and Sunday AFL tournaments once again boasted total prize pools of over $30,000 guaranteed. The Saturday tournament had 2,177 entrants and kicked off with some surprising names topping the days scoring in Jack Newnes from St. Kilda posting a 143 and Jeff Garlett from Melbourne putting up 138.

‘Whisso’ came out victorious in the Saturday tournament as his team amassed 969 points to take out the top prize of $4,500. Draftstars veteran ILoveLamp took out third, fourth and fifth in the tournament to add over $6,000 to his lifetime Draftstars winnings. 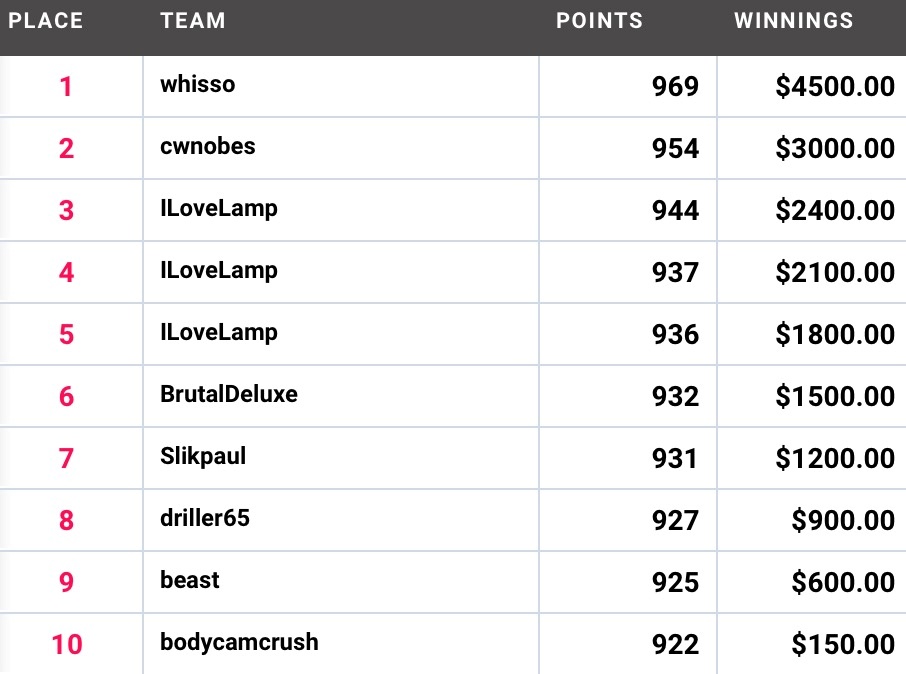 The Sunday $30,000 contest saw 2,474 entries and featured some more recognisable names in the high scores with Bryce Gibbs, Scott Pendlebury and Andrew Gaff all in the top players throughout the day. Another known name in parasite narrowly took out the major prize as his team scored 890 points. There were only 6 points separating parasite at the top and peekay89 in fifth spot.

Finalfantasy and peekay89 picked up over $1,900 each to add to their impressive Draftstars record. 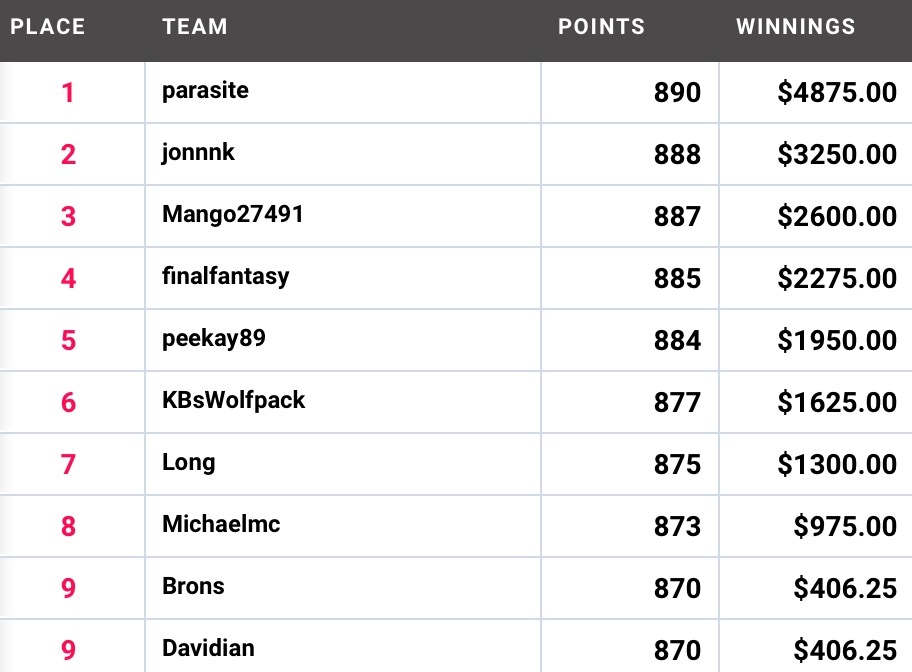 Extra shout out to Daily Fantasy Rankings member procession who took out the Friday night Draftstars tournament and a cool $3,750 in the process.

A solid prize pool of $2,400 was formed for the $50 AFL tournament at SportChamps this week, and some creative betting strategies were adopted to grab the top prizes. Mr Brightside collected the top prize of $556.50 after betting on the West Coast/GWS HT/FT market at juicy odds of $11.

SportChamps AFL regular Darkrealmx collected $362.25 for second place after whacking Kangaroo Nathan Hrovat for first goal scorer at $26! luke_italia01 was equally adventurous but had to settle for $262.50 for third place after landing an impressive three-leg multi. 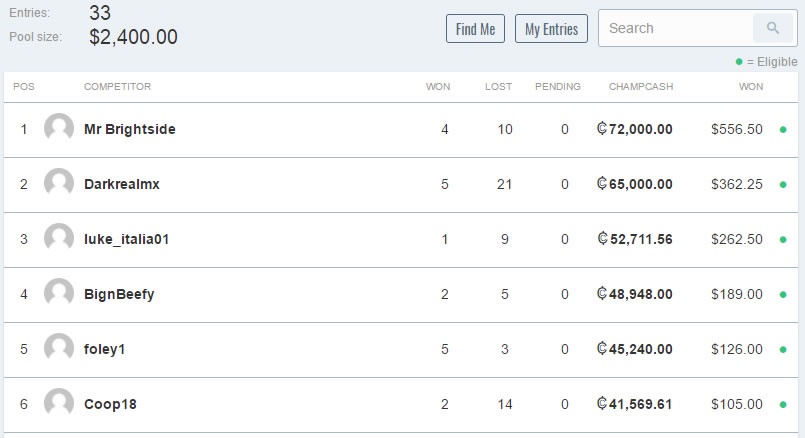 The Thursday night contest at Moneyball was one of their major events with the Geelong vs Port Adelaide single game competition garnering 490 contestants and over $8,000 guaranteed prize pool. Paddy Dangerfield, Jared Polec and Joel Selwood all had big games of over 120 as Brazilian12 came out victorious with a score of 827, collecting $1,050 in prizemoney.