A wide range of sports were on offer for DFS players in Australia this weekend. The spring carnival coming to an end hasn’t slowed down the racing tournaments with competitions being held Friday, Saturday and Sunday. While the NBA continued to roll along with tournaments up to $15K held across Draftstars and MoneyBall.

TopBetta held racing contests throughout the weekend headlined as usual by their Saturday Metro Gallops events featuring the $2K and $1K contests. The $2K contest was won by the 25th ranked DFR member foley1 netting himself $1,200 for first place, while 28th ranked roushad backed up his win from last week with a second place finish and $600. In the $1K competition it was willow59 who got first place and $600 with foley1 adding another second place finish and $300.

Draftstars premier tournament on the weekend were its $15K NBA Saturday and Sunday competitions. Fifth ranked DFS member Jclark16 continued absolute tear this NBA season finishing first and second on the Saturday tournament to take home $2,008.76. He took the interesting approach of entering 21 teams but entering each line-up 2 times, and one line-up 3 times. Great work. 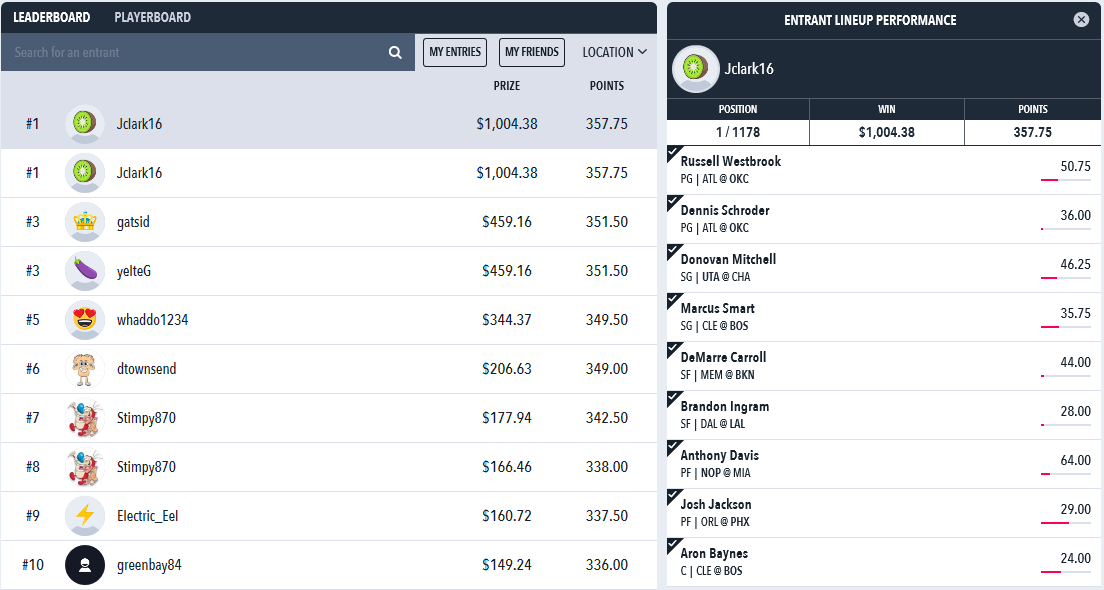 On Sunday it was our 198th ranked member MOO who took home the victory netting $1,140.69 on the back of Gordon Haywards massive 58 point performance at just 5% ownership. The 29th ranked jbarrett16 also featured in the top five winning themselves $513.31. 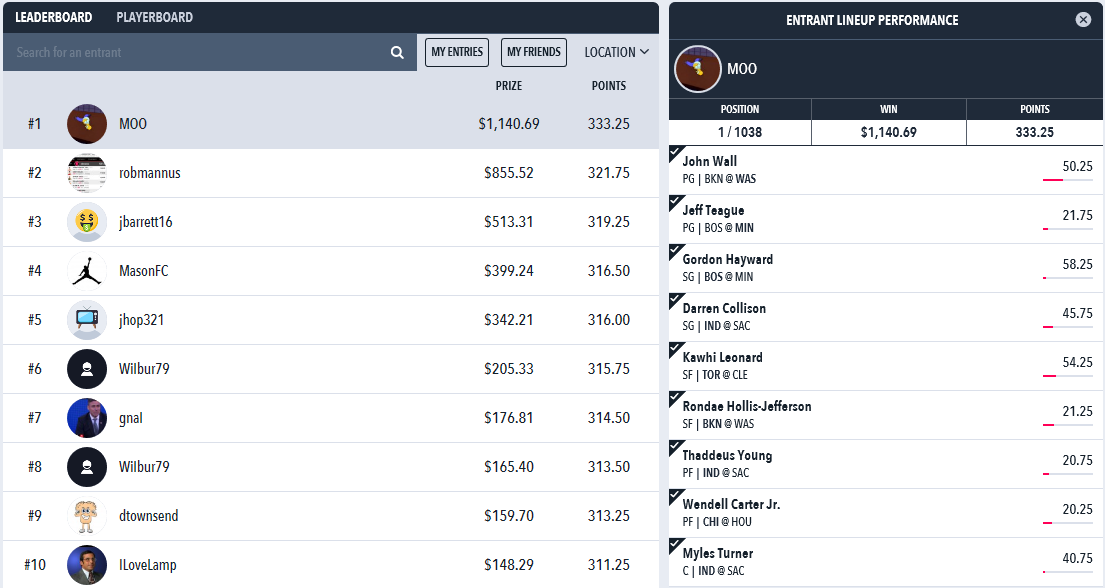 Sunday had the EPL contests with the main $2,000 tournament taken down once again by the resident soccer specialist and 48th ranked DFR member Anfield269. He also scooped up 3rd place for a $215.40 collect. 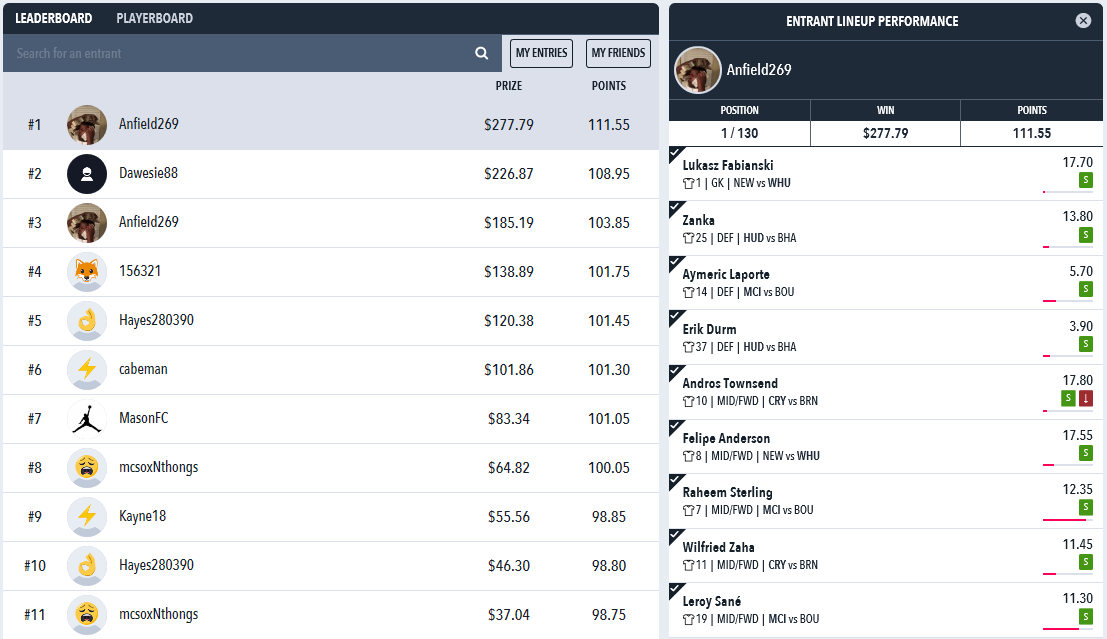 MoneyBall had two major NBA GPP’s on Saturday and Sunday with $8K and $7K prize pools respectively. Saturday’s was won by Meowsy who took home $1,050. The 21st DFR ranked member awisely finished 3rd to scoop up $300.

Sunday was taken down by Ineedadollar who collected $950 for first place. Awisely again finished in the top 5 with a 3rd and 4th to take home another $465.