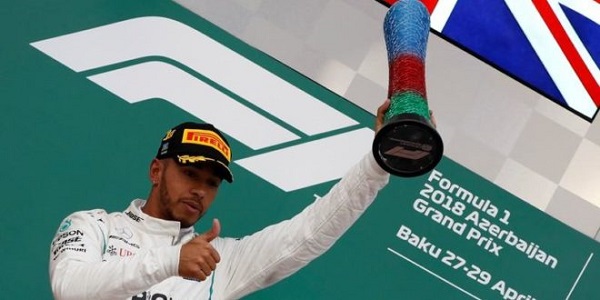 The last week in Australian daily fantasy was a big one which featured some massive tournaments revolving around Anzac Day AFL and more! You can see our full breakdown of the monster $100k Draftstars Anzac Day tournament here, or check out our regular weekend recap below.

Another great Saturday of racing at TopBetta featured a $5,000 guaranteed Metro Mayhem tournament. It attracted 18 players and a further 17 rebuys and featured the Caulfield, Hawkesbury, Doomben and Morphettville race meets!

It was a tight tournament right up until the final races of the day between some veteran TopBetta players in eddie55, foley1 and lewster. In Race 9 at Hawkesbury, eddie55 had a great $89,000 win on Roman Son to scoop the top prize of $3,000.

Another couple of great racing tournaments on Friday and Saturday at SportChamps this weekend. The Friday tournament attracted 29 players and offered a great $1,850 prize pool for just a $50 buy in. ‘lewster’ was once again amongst the top of the leader board along with top ranked DFR member djnewt, but it was ‘imdgame’ who came out on top in the end, picking up just over $570 for the win.

The Saturday $100 tournament attracted 27 players and revolved solely around the Caulfield meet. It offered a great prize pool of $3,600 and coincidentally, it was once again ‘imdgame’ who came out on top, adding another $1,530 to his winnings to make for a stellar weekend. Once again, lewster, djnewt and deatac were amongst the top players.

PlayON officially launched their Formula 1 tournaments on the weekend, and they went off with a bang as they hosted a $2,000 guaranteed tournament along with multiple $1k competitions. The major $2,000 tournament revolved around Sunday’s race only, while there were other tournaments that also took qualification stats into account.

It hardly mattered what tournament it was on the weekend, the outcome was much the same as ‘golfclayton’ was absolutely dominant throughout the Azerbaijan GP weekend. In the major $2,000 tournament, he won the top prize of $560 and also had another two squads inside the top ten while DFR members rexel9 and dpwoodford were amongst the top players.

It was only the second biggest tournament of the weekend at Draftstars, but the Saturday $50k guaranteed was still a massive one for AFL daily fantasy fans. $3,311 players threw their hat in the ring for the massive $5,000 top prize.

Wayne Milera, Jake Lloyd and Daniel Rich were all under 7% drafted and combined for over 300 points for ultimate winner brookzy_80, who racked up a whopping 896 points in the $5k performance. A bunch of DFR members were amongst the top of the leader-board, namely procession, Tryanhit, chriseddy999 and ILoveLamp. 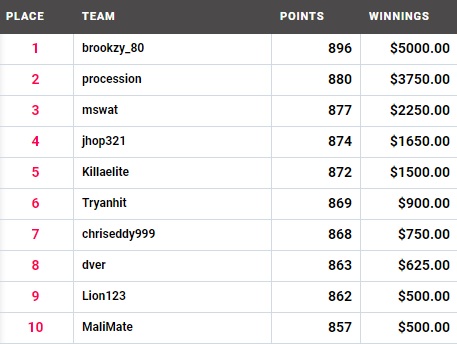