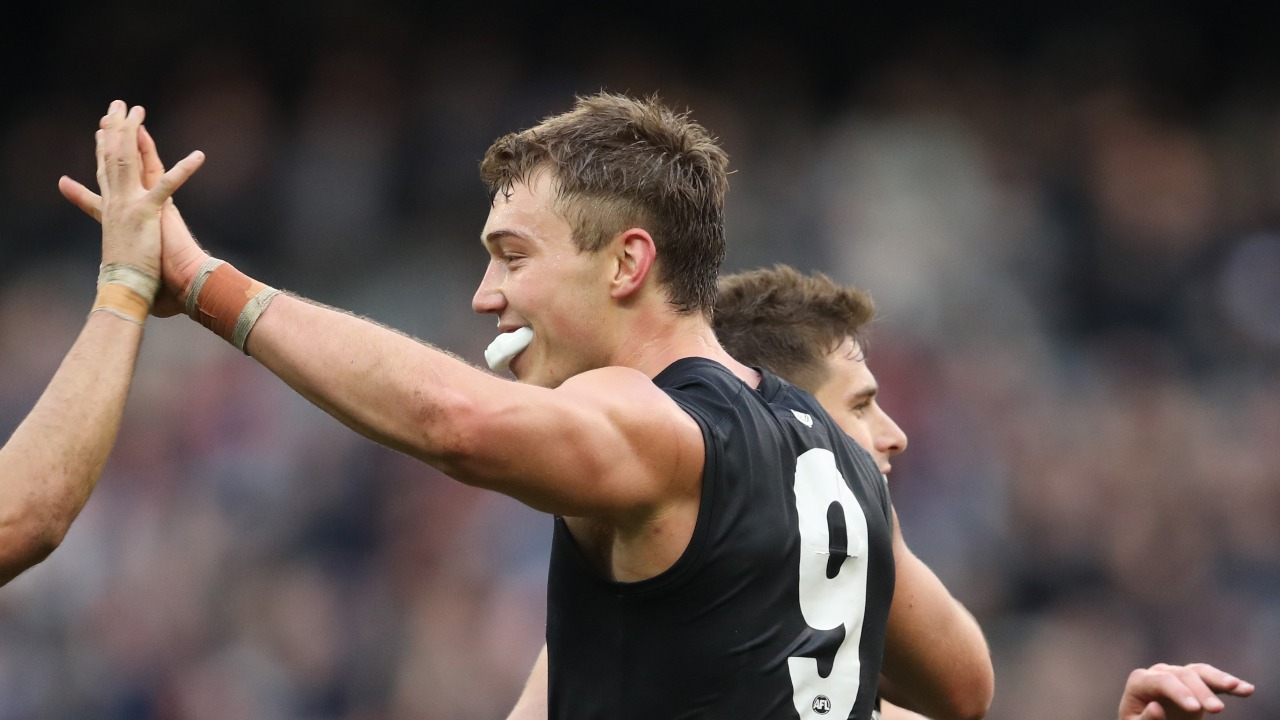 It was another fantastic weekend of AFL action for Round 19 of the 2019 season. The Blues won their third in a row, while the Bulldogs continued their finals push. As always, there were huge DFS tournaments over the weekend, so let’s take a look at the major winners.

Moneyball held a $30,000 contest for the Friday night clash between the Magpies and the Tigers. There were 1,905 entries vying for the big $3,000 first place prize, which ended up going to Woostieboy who had a score of 819. Dustin Martin (133 points) and Jordan De Goey (119) were his dominant scorers, while Jayden Short (106) returned terrific value for money. Second place and $1,400 went to laminedor, and third place and $900 went to bonfj15.

The biggest Moneyball prize pool for Round 19 was offered on Saturday with their $40,000 contest. There were just shy of 2,700 entries, but the best of the lot was 15414308 who finished one point ahead of chriseddy999. The major players contributing to the winners $4,000 haul were Kade Simpson (142 points) and Patrick Cripps (141), who were both instrumental in the Blues win. Chriseddy999 also finished in equal third with Broady4_, who’s another one of Australia’s leading DFS players.

Moneyball finished the round with a $30,000 contest for the three-game slate on Sunday. Absolutely dominating the slate was cottmaa who finished with four of the top five line-ups, which led to a very nice $5,000 collect. The major players in the winning line-up were Jarrod Witts and Jack Macrae who combined for 253 points, as well as Andrew Brayshaw who scored 106 at just 3.1% ownership. Robmannus was the other high finisher, coming in second for a $1,400 collect.

Draftstars kicked off the round with a huge $75,000 contest for the Magpies vs Tigers clash on Friday night. It ended up being a really high-scoring affair with six entries eclipsing the 900-barrier. The best of the bunch was Harambe with a score of 922, which earned the $7,461 first place prize. Amazingly, Harambe had 7/9 players score 100+, with Martin leading the way with 133. The second best line-up was owned by dver, which resulted in a $3,731 collect, while ILoveLamp had two teams finish equal third for a $3,350 collect. 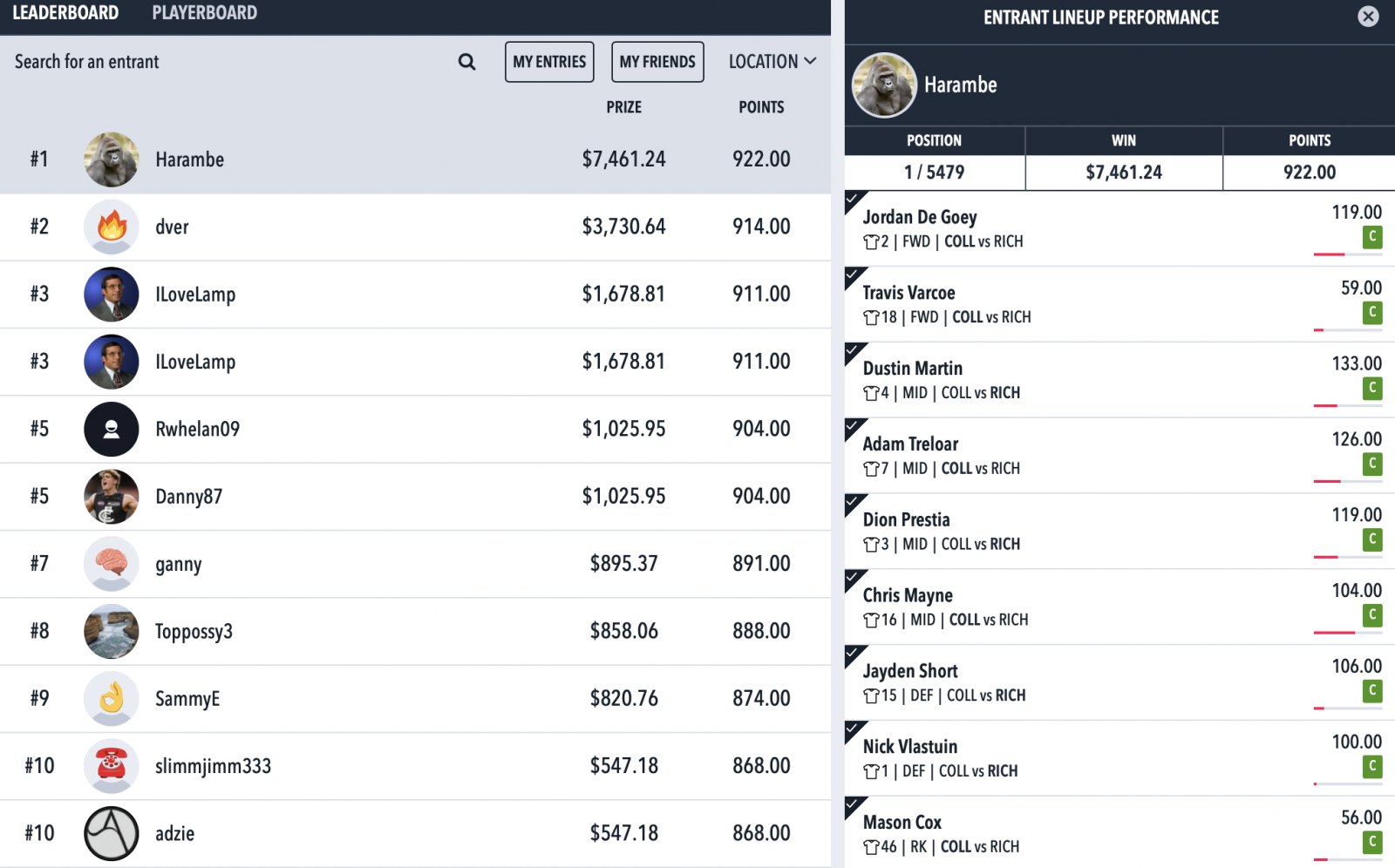 As always, Draftstars held big contests for both the Saturday and Sunday slates. Saturday’s slate ended up having a $56,884 prize pool, while Sunday had a $50,000 prize pool. ILoveLamp backed up Friday night’s efforts with a winning performance on Saturday, earning him another $6,500. On Sunday it was turkeyslap who won the day, taking home just shy of $5,000. Clangers was the other major player on the Saturday and Sunday slates, taking home over $9,000 for his top 10 finishes.

SportChamps held plenty of huge racing tournaments over the weekend, particularly on Saturday with their Racing $50 Saturday Metro Horses $10,000 No Rebuys leading the way. It had 156 players pay the $50 buy-in for a chance at taking home the $2,000 first place prize. That ended up going to Mustang after a string of great plays. Second place and just over $1,200 went to cammy14, and third place and just under $1,000 was awarded to Bitemenow.