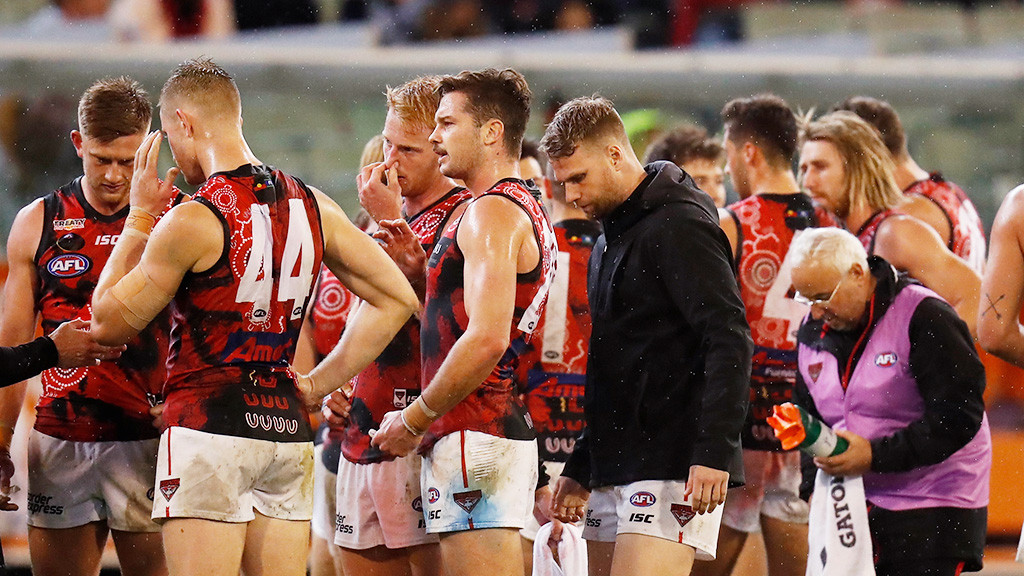 It was a huge weekend for DFS players around the country with some massive prize pools across the three days of AFL Round 11. As always, we take a look at some of the big wins from the weekend!

Moneyball upped the ante once again for the AFL on the weekend, offering a huge $75,000 contest on Friday night for North Melbourne vs Richmond. The increase in prize pool certainly didn’t fall on deaf ears, with 4,700 entries in this contest alone. The shock win for the Kangaroos opened up a chance for some of the single-entry players to make their moves on the leaderboard, and it ended up being Stimpy870 who was the best of the bunch. He amassed a score of 839 and took home a cool $7,500! Second place and $3,350 went to JKnoiz, third place and $2,100 was awarded to SweatyBallBag, while $1,500 and fourth place went to Rileymitch09.

Moneyball went EVEN BIGGER on Saturday with a monster $100,000 contest for the five-game slate. The $20 entry fee certainly didn’t scare off DFS players, as 4,885 teams were entered before deadline. You may have already seen it by now, but what a performance it was by the new #1 ranked player at DFR Chriseddy999. Amazingly, he finished with 17 of the top 22 entries for a monster $30k+ collect. It was an outstanding performance from the great man who still wasn’t done for the weekend (see below). It was also a great day for phenke, who finished in third place for a nice $2,650 win, as well as Drewdc08, who finished in fourth for $1,550.

Moneyball finished off a huge weekend with a $50,000 contest offered for the three-game slate on Sunday, which included a match in China between Port Adelaide and St Kilda. Again, there was huge support for Moneyball on Sunday with 3,712entries in this contest alone. As you can see in the results below, it was yet another dominant display from DFR’s new #1 player, Chriseddy999! This time he finished with six lineups inside the top eight and collected a huge $10,000 for his efforts. He did allow one other player a spot on the podium and that was Reesbrown, who finished in third spot for a $1,450 collect.

Draftstars also upped the ante for AFL Round 11, offering a monster $100,000 contest for North Melbourne vs Richmond on Friday night. It attracted a whopping 4,948 entries that all wanted a piece of the huge $10,000 first place prize. It was a low-scoring affair, but Smclean1990 found the winning formula and took home the huge prize with a score of 807. Second place and just shy of $5,000 went to Hackster, while third place and $2,500 went to Bignuts89. 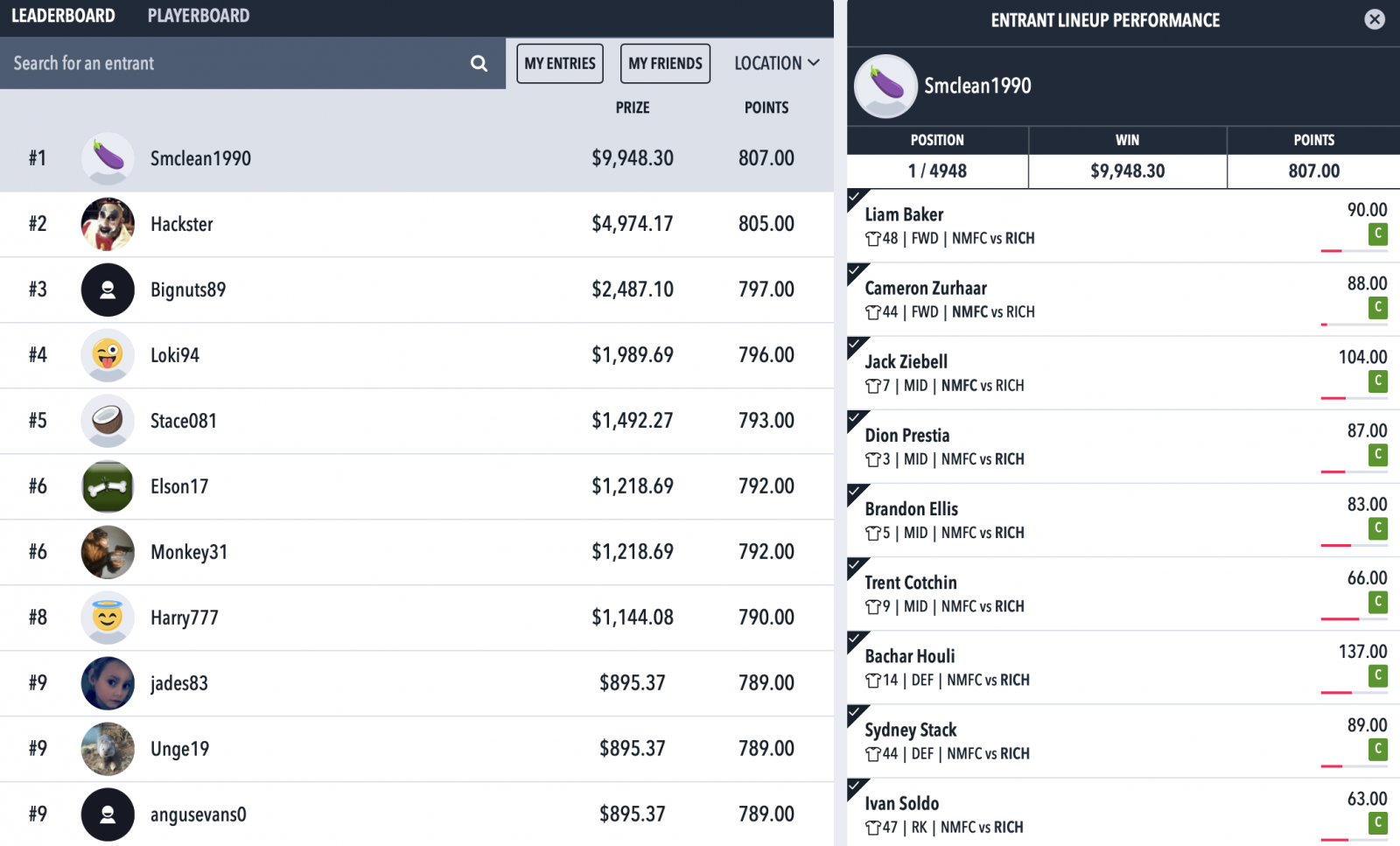 SportChamps had one of their biggest and best weekends for DFS players, hosting countless $1,000+ contests. The best of the bunch turned out to be their Racing $50 Saturday Metro Horses Only (NO REBUYS) tournament, which attracted well over 100 entries. There could only be on winner however, and that ended up being murse1 thanks to some clutch plays later throughout the day, which was good enough for the big $1,315 first place prize. Second place and a tidy $825 was awarded to lewster, while third place and $630 went to Akeena.