SportChamps was again loaded with racing tournaments to choose from over the weekend headlined by the Saturday Metro Tournaments with the rebuy contest prize pool at $3,000, and the no rebuys at over $4,850. BETMASTER took home first place and $1,246.88 in the rebuy tournament, while in the no rebuys tournament it was Fleecey who finished at the top of the leader board winning $1,021.56.

TopBetta held racing contests throughout the weekend headlined as usual by their Saturday Metro Gallops events featuring the $2K and $1K contests. The $2K contest was taken down by the 13th ranked DFR member deatac who has really made this contest his own lately, collecting $1,400. In the $1K contest it was Macgoman8 finishing in first place and netting $600.

The Big Bash League powered on this weekend as we hit the downhill run to the live final!

Our own resident Big Bash expert and 29th ranked member, BigHef, was all over the leader board in Saturday’s BBL $10,000+ Sixers v Thunder contest finishing 1st and 9th to pocket over $1,113 and collect a second golden ticket to the live final!

Sunday featured another double header with the first game, BBL $10,000+ Strikers v Heat, finishing in a four way dead head between Schmackie, Nutsy86, Brons and Detroit_Dog. Schmackie was sharp enough to have this team in twice to take home 2 shares of the dividend $1,113.34. Each of the other winners collected $556.67 each for their efforts.

For the nightcap contest BBL $10,000+ Schorchers v Stars it was the 185th ranked DFR member, wombatchaser, who dominated the field finishing first and second and pocketed $1,709.04.

There were the regular $15,000 NBA contests held on both Saturday and Sunday. Saturday’s slate was taken down by 81st ranked DFR member Nutsy86 who was able to hold off lion4life’s onslaught on the leader board and win the $1,140.69 first place price. Despite not getting first place 4th ranked DFR member lion4life was ridiculously impressive with 6 teams inside the top ten to take home over $1,768. 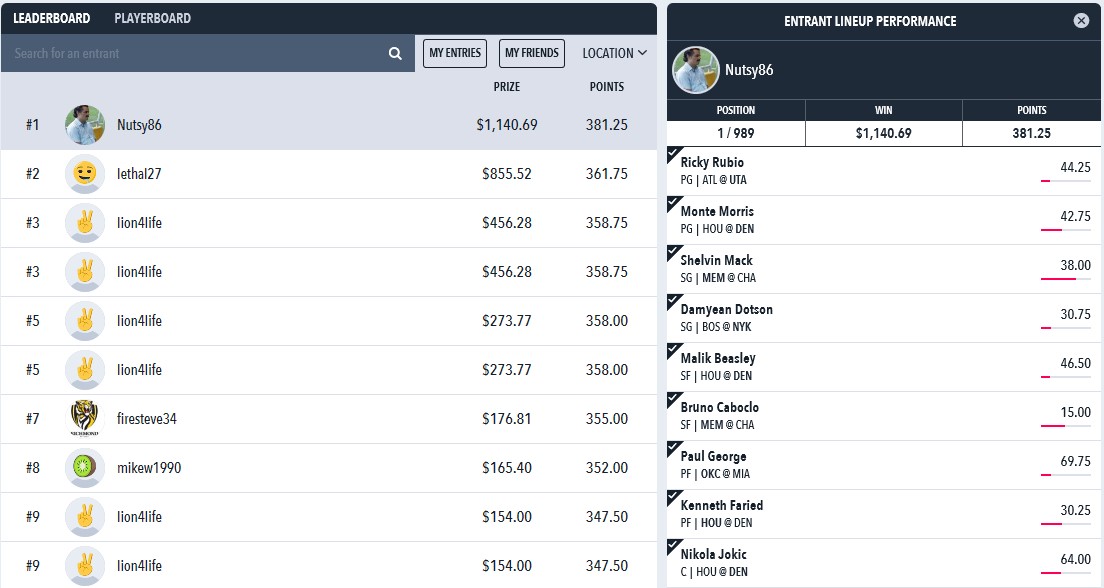 On Sunday lion4life was at it again, this time taking out first and second with the ever popular double entry of the same team tactic, and also 5th and 6th to collect over $2,543.76. Despite having a ripping weekend lion4life was probably feeling bittersweet on Sunday after falling just 1.25 points shy of the recently returned 400 point target competition at Draftstars preventing him from winning another $10K! These are the problems you face when you are the second highest ranked DFR player! 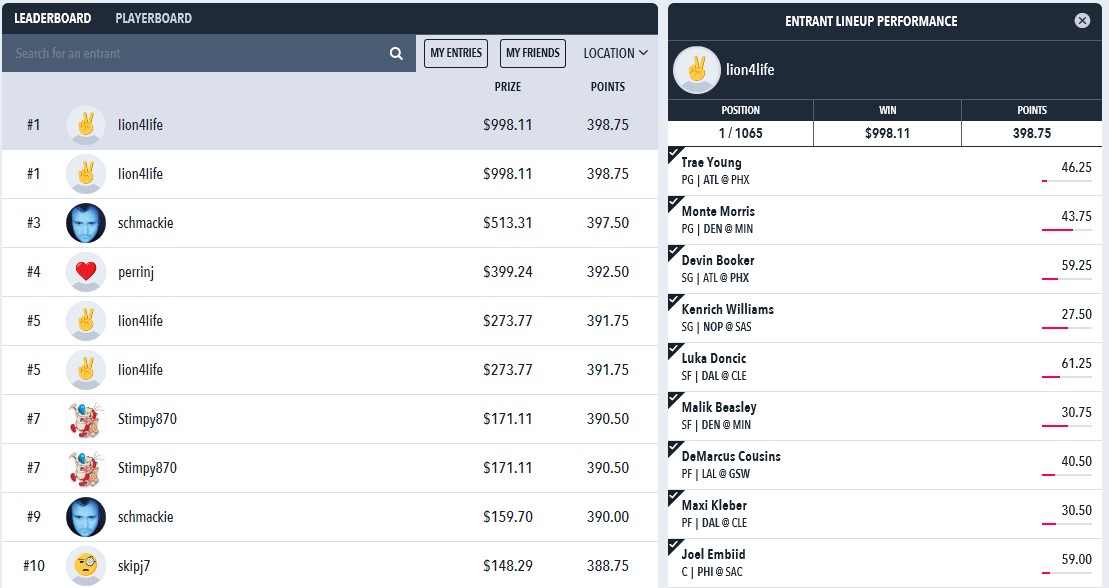 AFL also returned this weekend with Draftstars offering AFL Women’s contests headlined by the AFLW $10,000+ Saturday tournament. This was taken down by 134th ranked DFR member robmannus who won $976.59. 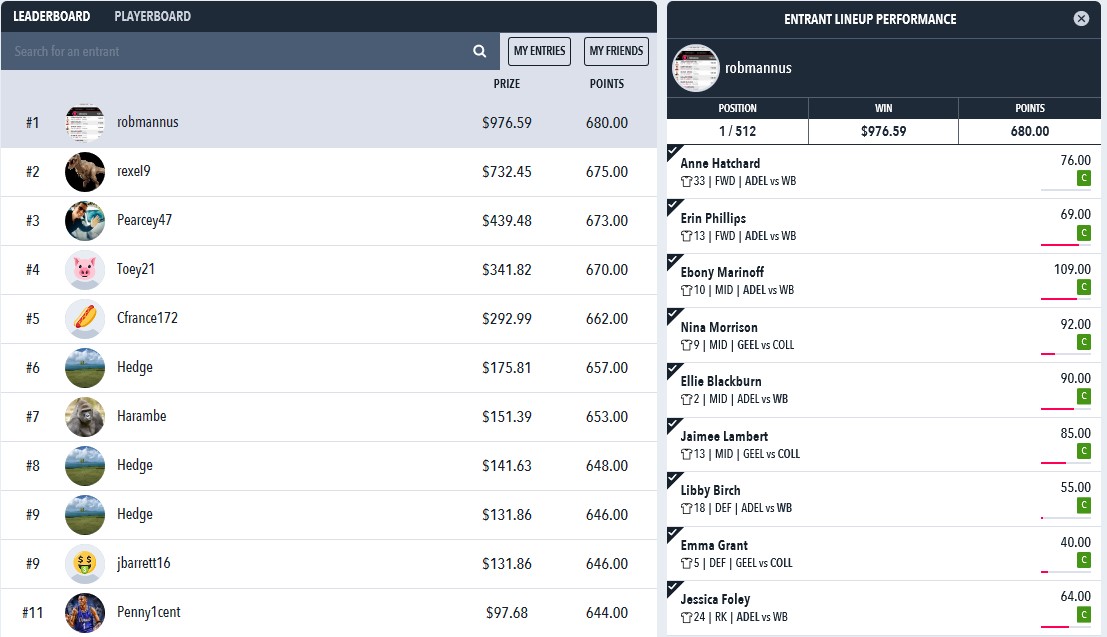 Moneyball had two major NBA GPP’s on Saturday and Sunday with $6K prize pools. Saturday’s was won by chippa who took home the $800 first place dividend.

Sunday was taken down by George Knows (indeed he did!) who collected $800 for first place and another $200 for a share of third for good measure.