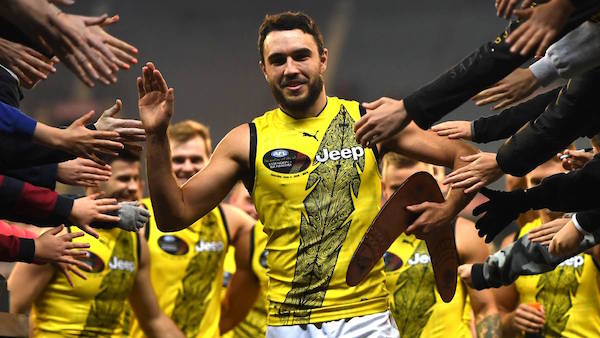 It was an exciting weekend of sport dominated by horse racing and AFL tournaments. There were some closely fought DFS contests over the weekend, with some big scores achieved and huge cash prizes won. Check out some of the major wins below.

The Friday Night AFL match between the Swans and Blues was a lot closer than most people anticipated, which made for a very interesting $1,000 tournament at PlayON. The $22 buy-in tournament featured 36 players, fighting it out for the top prize of $310! In the end, it was dpwoodford who absolutely cleaned up, claiming 3 of the 7 cash prizes, including the first ($310) and third prizes ($145). tlc12sum finished in second ($215), while FunFun555 earned $145 for tying in third place.

The AFL Saturday $1,000 tournament on PlayON was another tightly fought contest. It featured 41 players, again battling it out for the major cash prize of $310. After finishing in second place in Friday Night’s tournament, tlc12sum went one better and took out first place on Saturday with a massive score of 980! The next three places on the leaderboard all belonged to harvster, who collected a total of $505 for his efforts.

In a big weekend of horse racing at Rosehill & Moonee Valley, SportsChamps were home to a big $2,400 tournament. 19 players bought their way into the tournament to give themselves a chance at claiming the first-place prize. In the end, it was Coop18 who came out on top quite comfortably and collected a huge $1,225 cash prize. Mr_Brightside and imdgame were the other top prize winners, taking home $765.63 and 459.38, respectively.

The new look Draftstars saw its first use on the weekend, hosting numerous NRL and AFL tournaments, including the massive $50,000 AFL Saturday tournament. It was an extremely close finish, with just 4 points separating the top 3 players! Congratulations to Clangers, who was the top entry with 914 points, earning him the top prize of $5,000! Delmi31 ($3,750) and kingas ($2,250) were the other podium finishers, while stena and jayk123 also earned 4-digit winnings ($1,650 and $1,500, respectively).