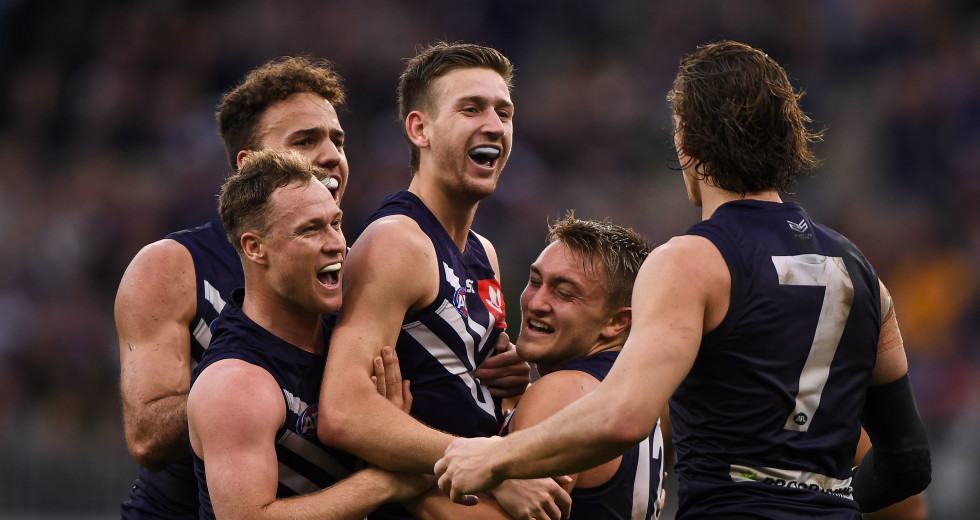 Upsets galore in AFL Round 20 made for some interesting formulas taking home the cash in the major DFS contests. As always, we take a look at the big winners here!

The biggest Moneyball  contest for the weekend was on Saturday with their $40,000 Special. It was well supported with 2,948 entries and ended up being a really high scoring affair with in excess of 900 points required to feature in the top 10. The best team of the day belonged to asanque, who scored 961 to win $4,000. They could’ve easily cracked the 1,000-barrier had Doulton Langlands (39) not had a stinker. Key players were Toby Greene (146) and Rory Laird (136). The two other podium finishes in this contest belonged to Rwhelan for a $3,000 collect.

Moneyball finished off AFL Round 20 with another big $30,000 contest on Sunday. It was a slate dominated by DFR’s #1 ranked player in Jayk123 (AKA Laminedor). He finished with seven of the top 10 entries, including the top one, to finish with over $5,000 prize money. The key to his success was playing a ton of players from the Magpies vs Suns fixture, which had an abundance of high fantasy scores. The other key finishers in the slate were cottmaa and eagle hunter in equal second for $1,150 each, as well as Leather Poisoning, who finished in fourth spot for a $650 collect.

Draftstars kicked off Round 20 of the AFL season with a huge $60,000 contest for Friday night’s North Melbourne vs Hawthorn fixture. As mentioned above, Worpel, Goldstein, and Burgoyne were the must-have’s, while Ben Brown was another high-scoring POD. Entrant bannaz1987 had all four, which had them finishing in first position for a huge $6,748 win. Second place and $3,374 went to scottiedevil, while third place and $1,687 went to iAMlegend. 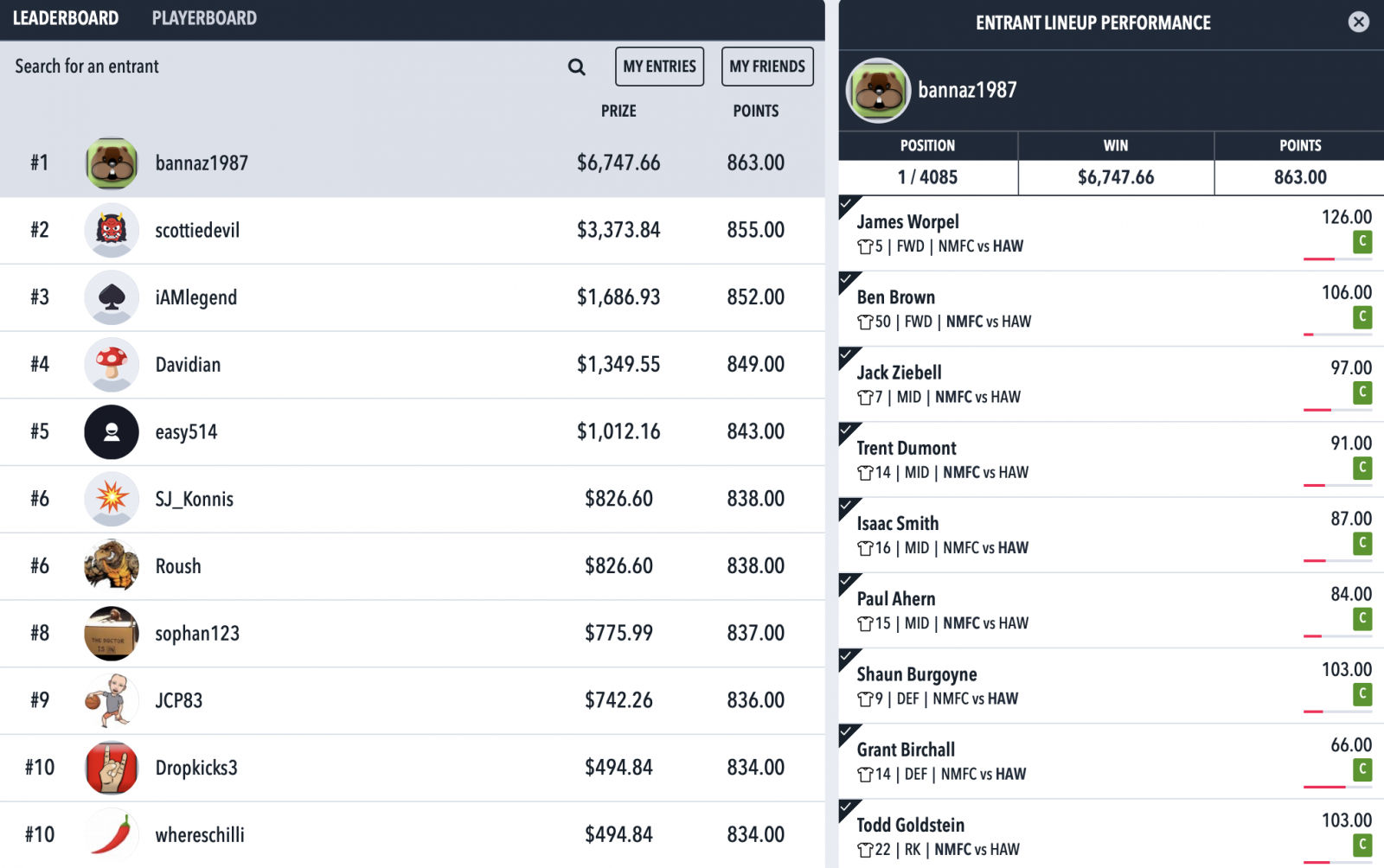 SportChamps held their usual racing tournaments over the weekend. There were plenty of four-figure prize pools across both Saturday and Sunday’s meets, but none were bigger than their Racing $50 Saturday Horses $10,000 (One Rebuy). It ended up with a huge $9,300 prize pool and had 140 players try their luck. There was $2,000 on offer for the winner and that ended up being tscott24 after plenty of great plays throughout the day. Second place offered a $1,243 prize and that went to Witty112, while third place and $954 went to Drad85.