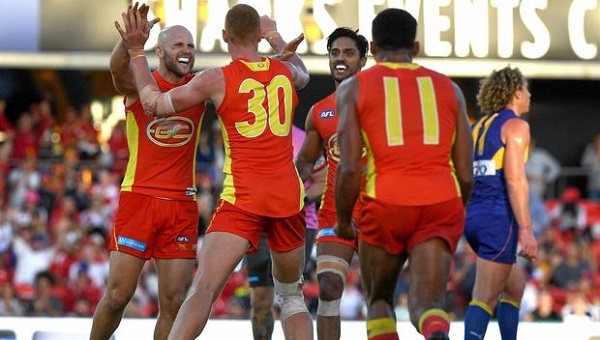 The first of the AFL bye rounds didn’t stop Australia’s daily fantasy fans from coming out in droves this weekend. Draftstars, Moneyball, TopBetta and SportChamps all gave away some serious cash throughout the weekend and we take a look at some of the major tournaments and their results below.

The major tournament at TopBetta for the weekend was their weekly Saturday Metro Mayhem. 44 entrants competed for the guaranteed $5,000 prize pool but it was lewster who came out on top after turning his 5,000 BettaBucks into 129,030.

Second place johstr made a late play and almost snatched the top prize after putting 33,000 on Benz in the last race at Moonee Valley. He collected 122,000, but was ultimately just short and settled for the $1,475 second place prize.

The Saturday AFL tournament on Draftstars saw 2,061 entrants competing for a guaranteed prize pool of $30,000. Daily Fantasy Rankings #1 ranked player Tryanhit held four of the top five spots after the early games of the day and looked in a good position to add another win to his tally. However, with a heavy bias on the Tigers vs Roos game, benmiller098 swopped in and pocketed the $4,500 first place prize with his team scoring 954.

It was a great introduction to Draftstars for benmiller098, who had created an account that day and had only one entry in the AFL $30k. 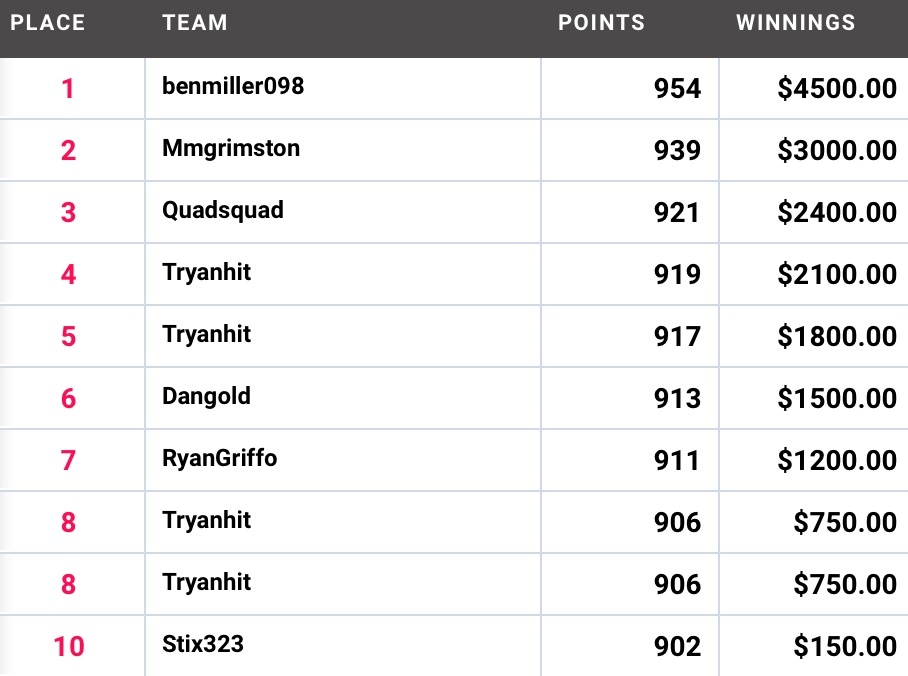 The Sunday tournament saw just the Collingwood vs Fremantle game involved but still attracted over 1,900 entrants playing for a guaranteed $25,000. Stewy85 took out the major prize of $3,750 with his score of 869 while dharry22 and Ortheria claimed the minor placings, both over $2,000. 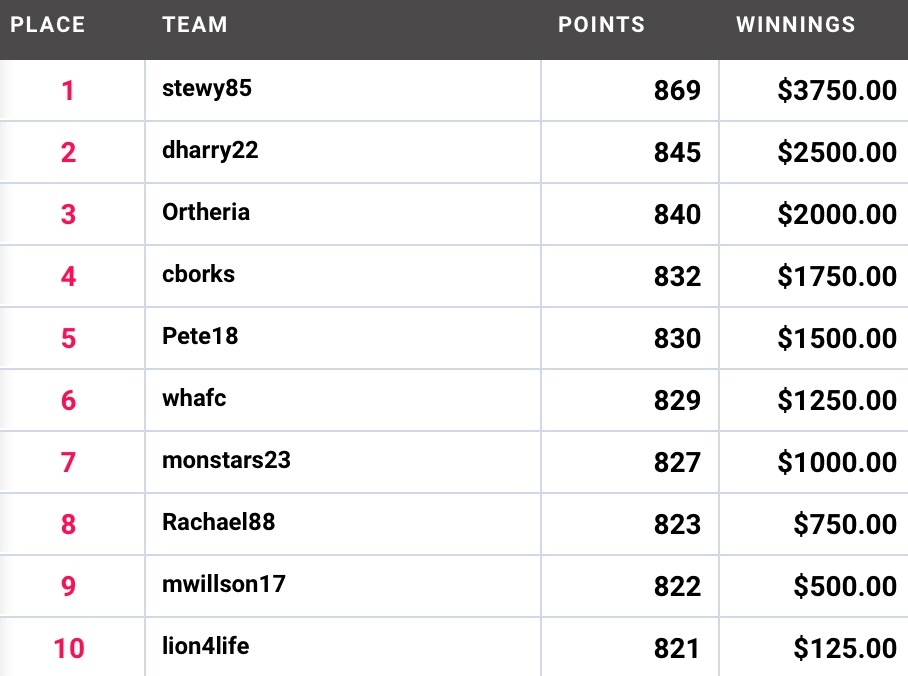 The feature racing tournament of the weekend on SportChamps was their $50 Saturday racing event which saw 24 entrants produce a $1,600 prize pool.

The top prize of $434 went to Mr Brightside who turned his 10k start bank into over 100k using a combination of exactas, trifectas and a few long-shot winners. kingjames623 and brainstrust filled out the minor placings.

The win marked the second weekend in a row Mr Brightside has taken out the major racing tournament at SportChamps. 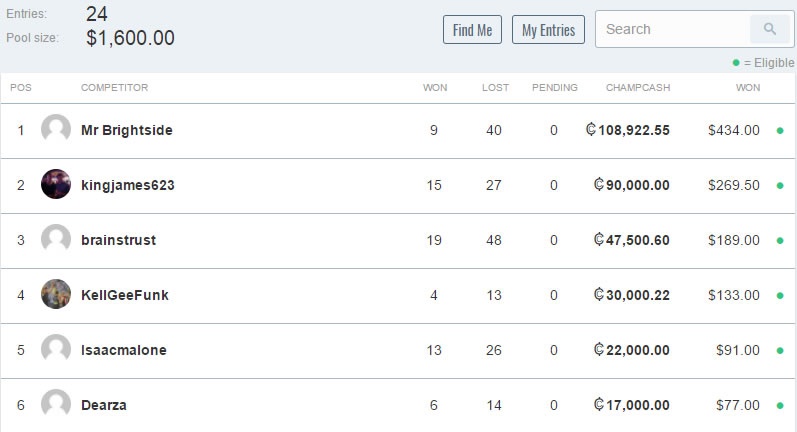 The Round 11 Friday night opener between the Power and the Hawks was the highlight of the weekend at Moneyball. 528 entrants competed for the $7,000 guaranteed prize pool as another DFR member in Leather Poisoning took out the main prize of $925 with his score of 830. 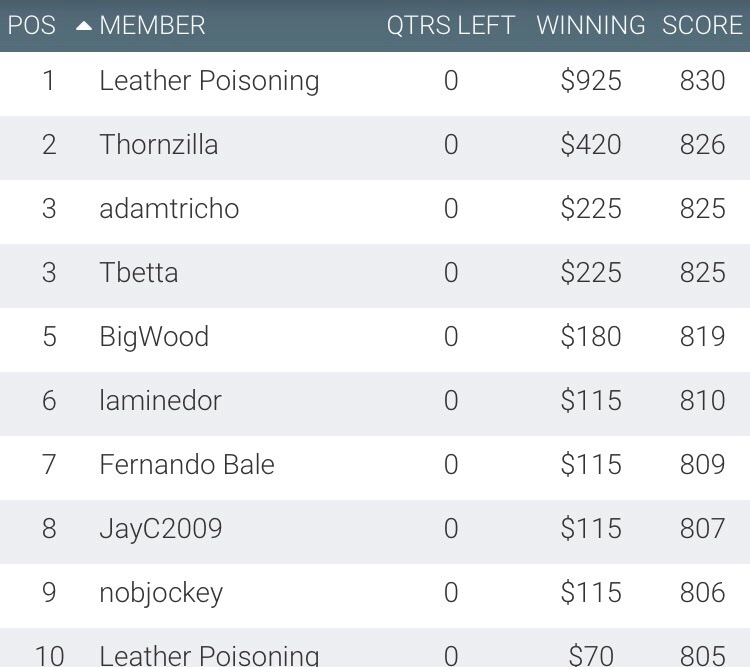