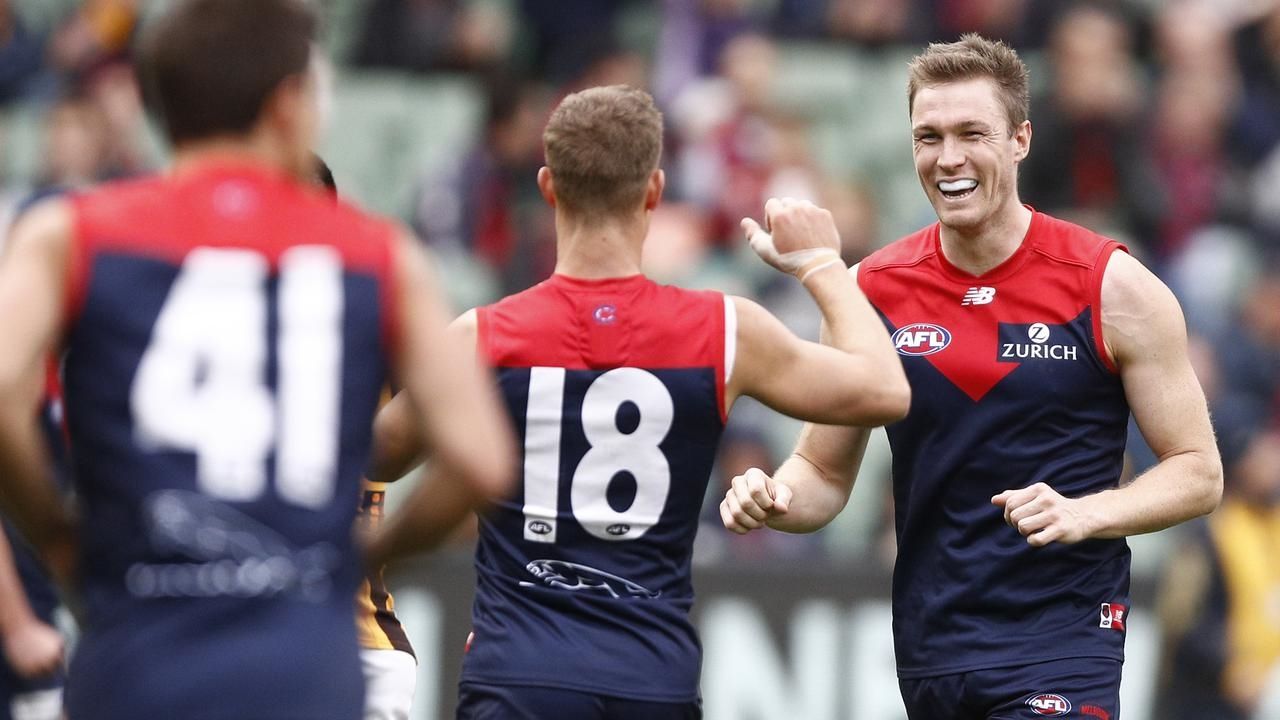 There were some huge DFS contests over the weekend that were won by some of our very on Daily Fantasy Ranking members! Here, we take a look at the big Horse Racing and AFL contests from the weekend and check out who took home the chocolates!

SportChamps were back with their weekly Racing $50 Sunday All Codes tournament on over the weekend. 92 players tried their luck in the tournament and many of them took advantage of the one re-buy permitted. It ended up being a huge $6,900 pot that would have 16 entrants at least double their money. However, there could only be one winner and that was bpace123, who made enough clutch plays over the day to come up with the big $1,415first place prize. Second place and just shy of $1,000 went to gamgeeeast, while third and $700 went to thedevo69.

TopBetta were home to quite a few impressive tournaments for the weekend’s racing, highlighted as always by the $2k and $1k Saturday Metro Gallops. The $2k contest had 11 players enter and was won by eddie55, who would have no complaints with his big $1,200 collect. The other podium finishes were claimed by Razzle ($600) and Deatac ($200), respectively. The $1k contest had 15 entries this time around and was won by ascenhx ($600), with foley1 ($300)in second and Deatac ($100) in third.

Normality resumed in the AFL this weekend but Draftstars still had plenty of great contests to sink your teeth into. We kick things off with the big AFL $40,000+ Magpies v Power contest on Friday night. It would turn out to be a thrilling contest decided by a single point after scaling, with humpty84 crowned the winner of over $5,000! The unlucky runner-up but still collector of a healthy $3,000 prize was knackers1982, while third and fifth place both went to Fatebender for $3,000 total. 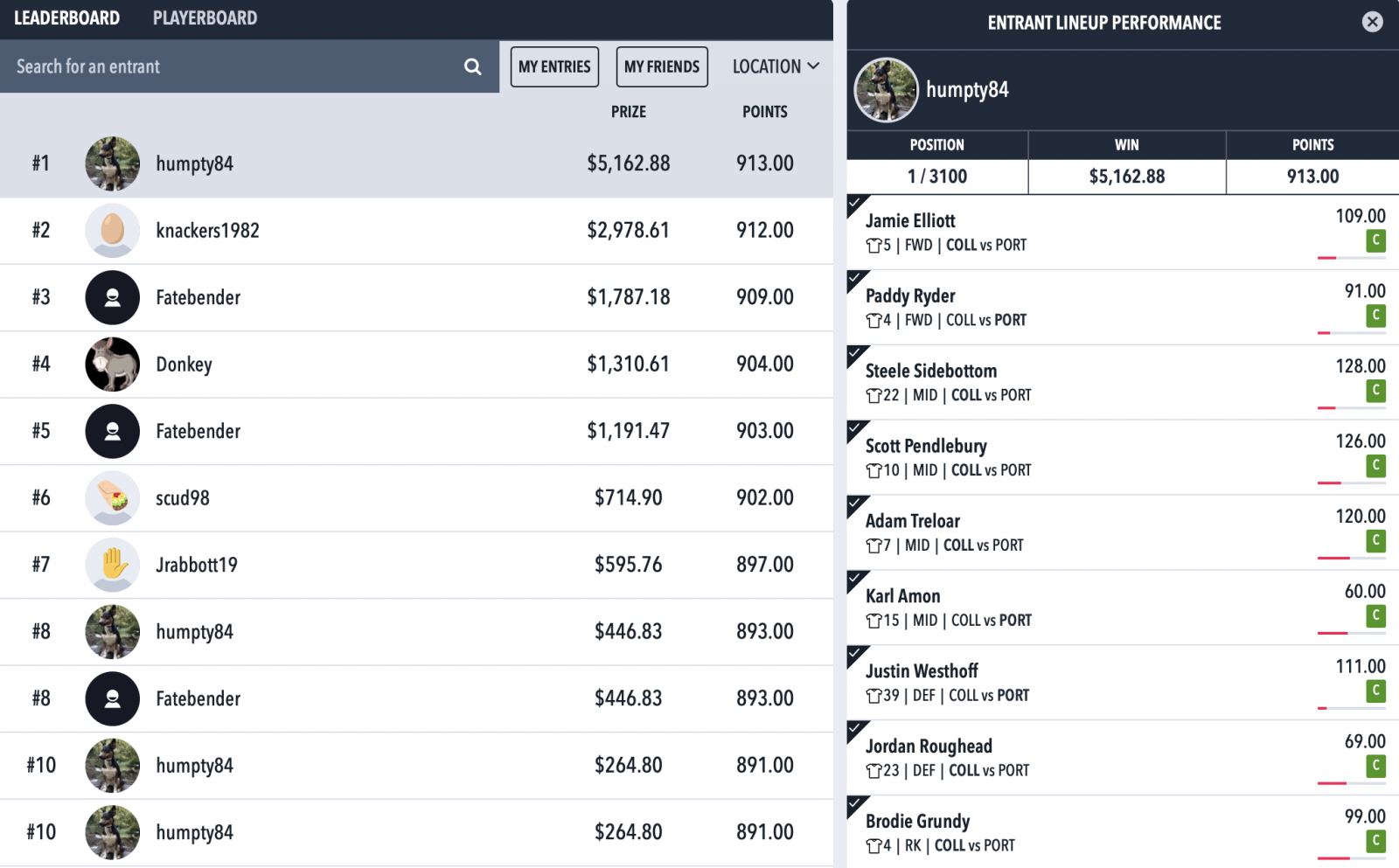 The AFL $40,000+ Saturday at Draftstars was once again the highlight of the day for DFS players. Just shy of 3,000 players put their knowledge to the test in what would turn out to be a very high-scoring contest. We stated in our Saturday preview that we expected a high-scoring affair from the Eagles midfielders and they certainly didn’t let down first placed whizzbang42 ($5,168), who had Eagles trio of Yeo, Gaff, and Shuey which combined for 418 points! Second place and just shy of $3,000 went to Thedred, while highly ranked DFR memberprocession came in third ($1,787) with a similar formula to all the top entries. 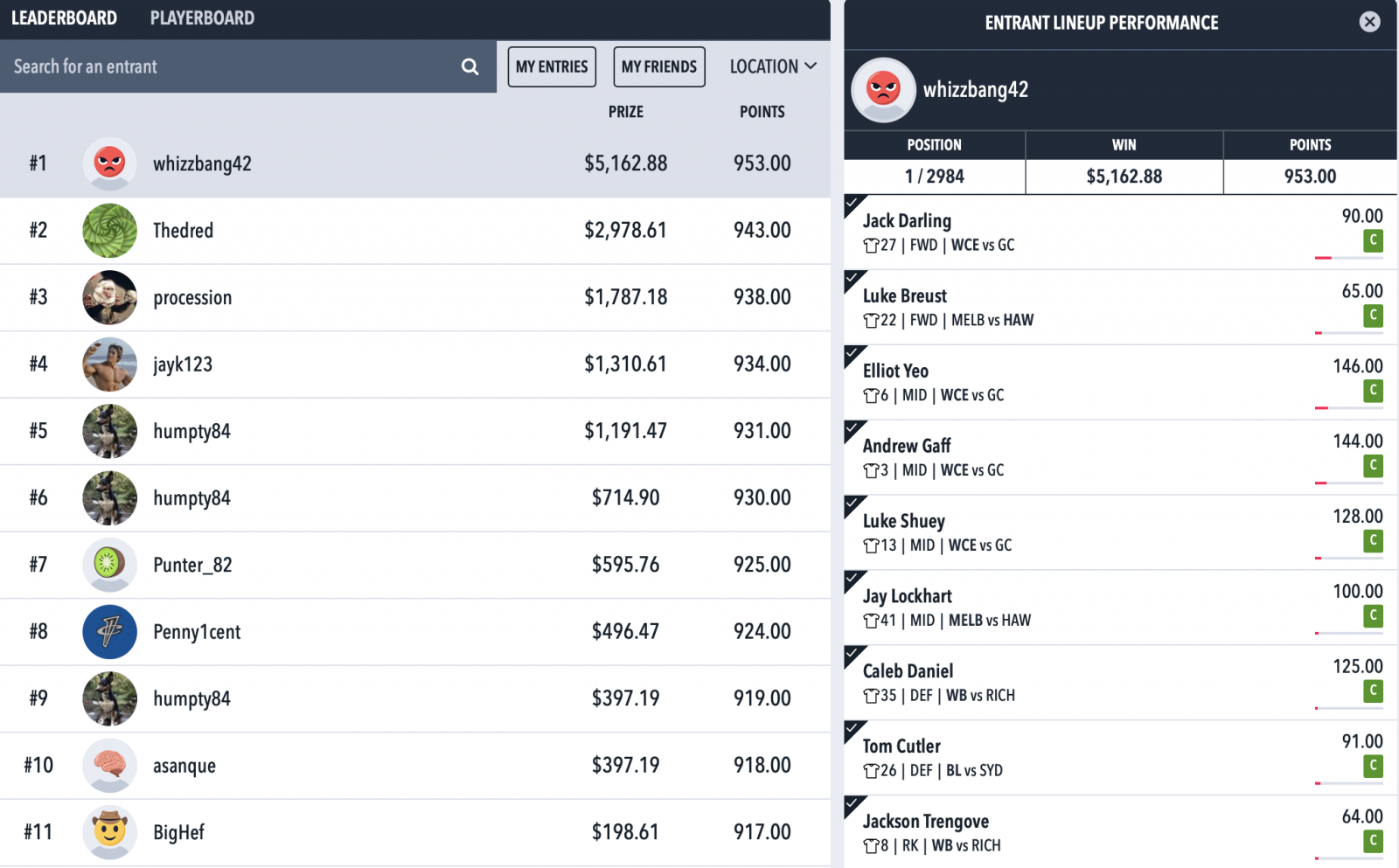 We were back to the regular three-game slate of AFL on Sunday and Draftstars once again dished up their big $30,000+ Sunday contest! Six players were able to crack the 900 barrier in what was another fairly high-scoring slate. In the end, it was our very own rexel9 who finished on top of the pack with a score of 921. He’s a Roos fan and I dare say Cameron Zurhaar is his new favourite player thanks to his ton on Sunday. Another great performer in this contest was Broady4_ who finished in both second and third place for a total collect of over $3,500. 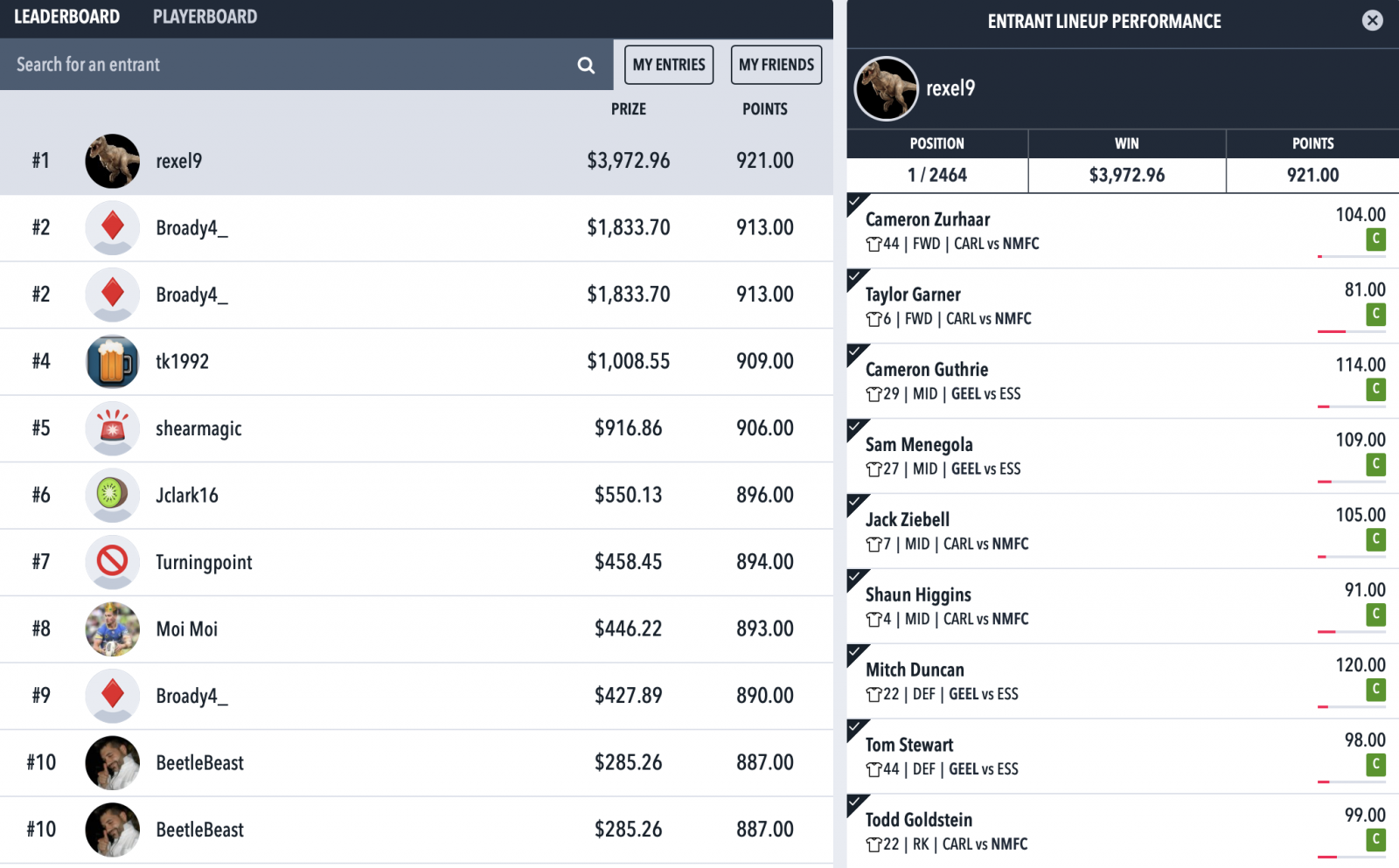 Moneyball were home to great contests for all the AFL fixture over the weekend, but none were bigger than their AFL $8,000 Collingwood vs Port Adelaide Special on Friday night. It ended up being a really tight tussle at the top of the leaderboard with nine players all earning $125+ for their troubles. However, only one could come out at the very top and that was Bradstar71 with a score of 833 and a collect of over $1,000. Second place and $470 was awarded to CHILLZ, while third place and $300 was jd157.