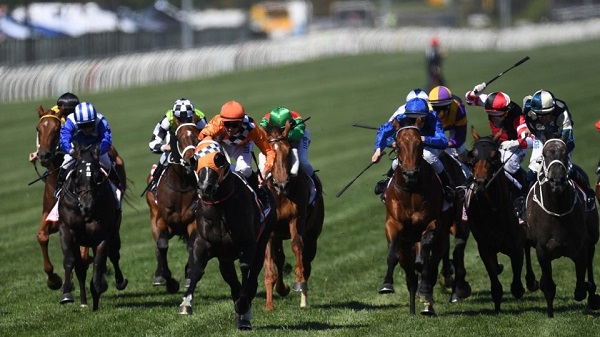 This week in Australian sport and racing marked the calm before the storm in terms of daily fantasy and tournament betting competitions. With all of the DFS sites running massive tournaments over the week of the Melbourne Cup, Saturday’s Derby Day at Flemington was the first of a lot of four day tournaments. We’ll check out the results of those tournaments after their conclusion in next week’s recap, for now, we’ll review some of the bigger tournaments that came to an end this week in sport and racing.

The Sunday slate tournament at Draftstars this weekend offered a $20,000 prize pool and attracted 1305 entries. A couple of surprising players dominated the day in T.Y Hilton who scored 34 points and Alvin Kamara who scored 31 to help Petebet claim a win by 2 points to collect $2,400.

Stevennfl, Tryanhit and jayk123 were all familiar names amongst the top of the leaderboard in what proved to be a thrilling contest going into the last few games. 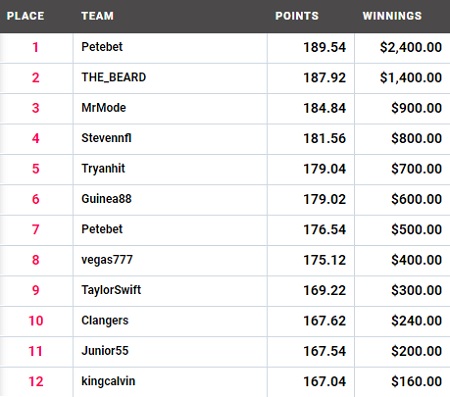 After opening just a few weeks ago, the racing feature at Moneyball continued to flourish on the weekend with a $2k guaranteed tournament for Derby Day. 119 contestants entered the $15 tournament and the top prize was shared by W.S.Magpie and bradtucker, who both took home $287.

The two teams featured just two common horses but both finished on 86 points after the likes of Carzoff, Slow Burn, Ace High and Shillelagh all collected max points.

There were a few massive one-day tournaments on offer at TopBetta on Derby Day, the first of which was a $1,000 entry tournament, the “Derby Day One Gorilla Thrilla”. Just 9 players entered the tournament, but an extra 2 rebuys meant the prize-pool soared above $10,000.

On the other end of the spectrum was the $1 entry tournament, which attracted a massive 5000 contestants plaus nearly another 500 rebuys. The familiar name of foley1 ended the day on top of the leader board after turning just 5,000 BettaBucks into a ridiculous 1,529,000. He picked up nearly $3,000 for the win while 99 people were in the money in a great day of betting.